HomeArtGet To Know Them: 7 Pre-Raphaelites and Their Famous Artworks

In the mid 19th century, a group of revolutionary artists, the Pre-Raphaelites, shook up the British art scene. Here's how they brought a new realism to the table. 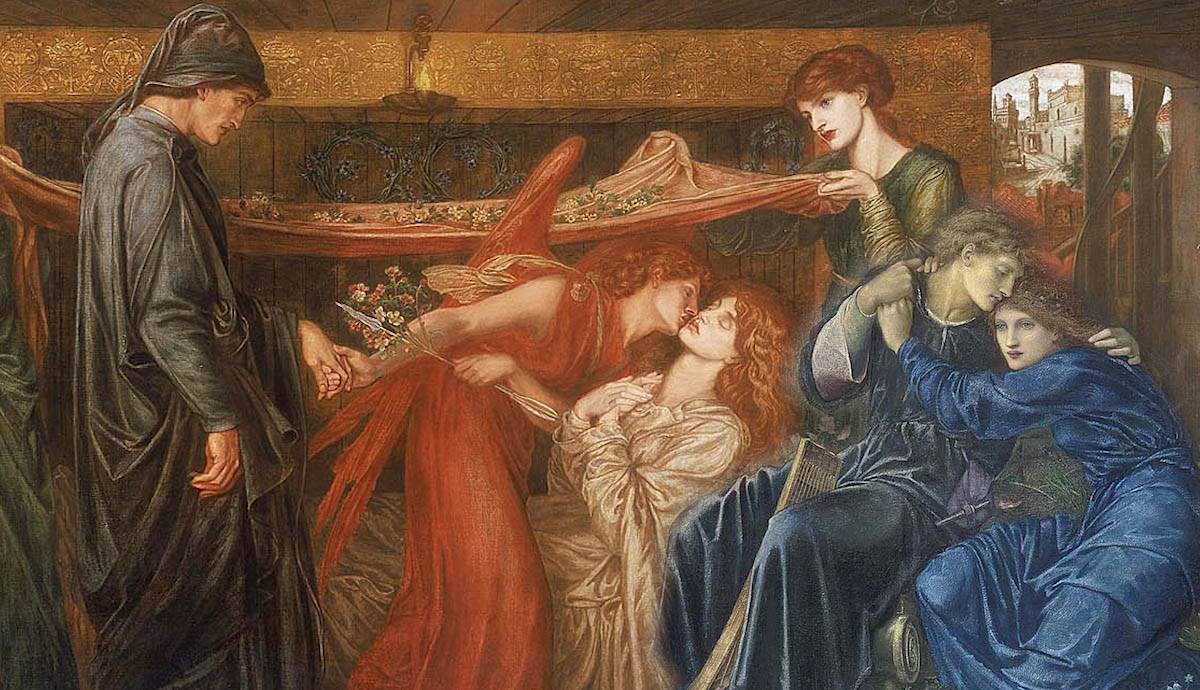 By 1850, the Industrial Revolution was at its height, coinciding with the revolution that was taking place in British art. The Pre-Raphaelites started their movement through the Pre-Raphaelite Brotherhood founded in 1848. It was a group of seven artists with three leading members, John Everett Millais, William Holman Hunt, and Dante Gabriel Rossetti. They all studied at the Royal Academy in London, where they were encouraged to emulate the form, color, and composition of the famous artist Raphael. They rejected the established dogma of the Academy and turned to medieval art that goes back to the time before Raphael. Hence the name, Pre-Raphaelites. They shared an interest in literature, poetry, and mythology.

John Everett Millais was an English painter and illustrator who was one of the founders and leading members of the Pre-Raphaelites. He was born into a comfortable, middle-class military family. At the age of eleven, he attended the Royal Academy of London. In 1848, Millais founded the Pre-Raphaelite Brotherhood along with his fellow students William Holman Hunt and Dante Gabriel Rossetti. Later, in 1896, Millais was elected president of the Royal Academy, where he excelled as a student.

His masterpiece Ophelia was meant to become one of the most famous paintings in British art that transformed the landscape genre. It is based on Shakespeare’s play ‘Hamlet’ and features the scene of Ophelia’s death. It shows the moment after Hamlet murdered Ophelia’s father, and she let herself fall into the river. Millais was the first artist to depict Ophelia in the process of drowning. His model was the 19-year-old Elizabeth Siddal, who later became Rossetti’s wife. The painter sought to bring naturalism and realistic detail back to painting while portraying the tragic heroine floating in the water with her palms upturned.

Named after the Italian poet Dante Alighieri, Dante Gabriel Rossetti was born in London. Rossetti was of Italian descent, the son of a political refugee from Italy. Throughout his life, he was divided between poetry and arts, his two passions. Rossetti dropped out of the Royal Academy school, choosing instead to study with working painters. Thus, in 1848, he became the third founding member of the Pre-Raphaelites. He and the rest of the brotherhood were against industrialization and mechanization while leaning towards idealism.

Rossetti’s partner, Elizabeth Siddal, was already a model that was associated with the Pre-Raphaelites. She became his muse. A decade after her death, Rossetti painted his largest painting, Dante’s Dream on the Day of the Death of Beatrice. Dante Gabriel Rossetti was inspired by Alighieri’s work throughout his career. The theme of the painting is derived from Dante Alighieri’s poem La Vita Nuova (The New Life). In the poem, Dante Alighieri dreams of being led by the personified figure of Love to his lover, Beatrice Portinari. The model for the woman on the right was Marie Spartali Stillman, a great female artist who was also inspired by the Pre-Raphaelites.

Hunt showed early talent, though his parents opposed his decision to become an artist. At the age of 22, he attended the Royal Academy in London. Whilst a student there, he became friends with the other two Pre-Raphaelites, Dante Gabriel Rossetti and John Everett Millais. Hunt painted a very radical painting in the 19th century, called The Awakening Conscience. The painting features a young girl sitting on the lap of her lover. She seems to have just woken up. She looks like a woman at a moment of redemption. A bird behind her trying to fly out of the window symbolizes her will to escape too.

In the years of the Victorian Era in London, sex workers appeared as marginal figures in novels and illustrations. Especially amongst the middle classes, prostitution represented a fiercely debated issue. The Awakening Conscience mirrored the relationships that the Pre-Raphaelites were developing with working-class women as both models and mistresses.

Ford Madox Brown was one of the pioneering Pre-Raphaelites artists of the 19th century. He wasn’t a fully-fledged member of the Pre-Raphaelite Brotherhood but rather a close associate and supportive older brother. Brown was born in France in 1821 and he was trained in the classical style at various art academies across Europe. Later, he moved to London, where he began a career as a painter, rejecting all of his formal education and his classical ideals. His art was leaning towards naturalism. Brown brought natural-looking sunlight to his pieces and took realism to the extreme.

The Pre-Raphaelites, including John Everett Millais and William Holman Hunt, had taken advantage of the expanding railroads to visit new pastures, taking landscape painting in a new direction. However, Brown wasn’t interested in using the steam train to travel for his landscape painting. The most extraordinary Pre-Raphaelite painting of a landscape is his work An English Autumn Afternoon. He completed it within three years, looking out of the back window of his lodgings in Hampstead. Every single detail that was visible out of that rear window can be seen on this canvas. That immediacy of vision, almost a kind of photographic process, is what makes this painting so striking.

Born in 1833 during the Industrial Revolution, Jones was the last of the Pre-Raphaelites. He didn’t finish his studies at Oxford University, choosing instead to study art with Rossetti. That was the closest he ever got to formal art training. He was fascinated by medieval literature, history, legends, and fairytales of the past. Also, he was less interested in the naturalism that had marked earlier years of the Pre-Raphaelite Brotherhood.

He got the inspiration for his painting, Love Among the Ruins from a poem by Robert Browning. This painting by the late Pre-Raphaelite artist features two lovers seated among the decaying ruins of a building.

” And I know, while thus the quiet-colored eve

To their folding, all our many-tinkling fleece

And the slopes and rills in undistinguished grey

That a girl with eager eyes and yellow hair

In the turret whence the charioteers caught soul

When the king looked, where she looks now, breathless, dumb

Waterhouse’s interpretation of Alfred Tennyson’s poem about the Arthurian legend is an iconic example of this. In his most famous painting, The Lady of Shalott, he portrays the story of a woman who suffers from a curse. The painting itself serves as a defense of the Pre-Raphaelite movement. He actually painted three different versions of this character. This one was based on a poem by Alfred Tennyson, set in the times of the legendary King Arthur and the medieval city of Camelot. In the Victorian Era in Britain, this subject of tragic love was very common among the artists, especially in the poem of Tennyson.

Born in the area of Cornhill, in London, Frederic was taught partly in university and partly by a private tutor. In the 1840s, he began his career as an art student at the Royal Academy in London. There he met William Holman Hunt, who asked him to join the Pre-Raphaelites. Thus, he was an original member of the Pre-Raphaelite Brotherhood, one that worked both as an artist and a published writer.

Stephens also found inspiration in many medieval myths and tales. The only fully finished original painting by Stephens that has survived is The Proposal. He was influenced by the Canterbury Tales of Geoffrey Chaucer, particularly The Clerk’s Tale. Stephens started painting the work during a trip with William Holman Hunt and Dante Gabriel Rossetti. They worked on their canvases outdoors in Sevenoaks, England, where they were lodging. Stephens painted everything that he saw in the typical Pre-Raphaelite style. In 1851, he submitted the finished painting for the exhibition at the Royal Academy, but it was rejected and it remained in his possession.

The painting features the story of patient Griselda and her unfortunate marriage to a monstrous nobleman. Stephens depicted the poor woman trapped by a cold-hearted aristocrat, but he transposed them into a modern setting. In this painting, Stephens shows that he was clearly influenced by Jan van Eyck’s Arnolfini Portrait, a painting that also inspired the Pre-Raphaelites. The finely painted interior, the central positioning of the couple, the joined hands in the center of the composition, the light filtering through the window, and even the pose of Griselda, are all echoes of Van Eyck’s technique.

4 Victorian Era Artists Who Made “Art for Art’s Sake”