HomePhilosophy5 Ways to Be Happy According to Epictetus

In this article we will explore 5 things we can learn about achieving happiness from the Greek Stoic philosopher Epictetus. 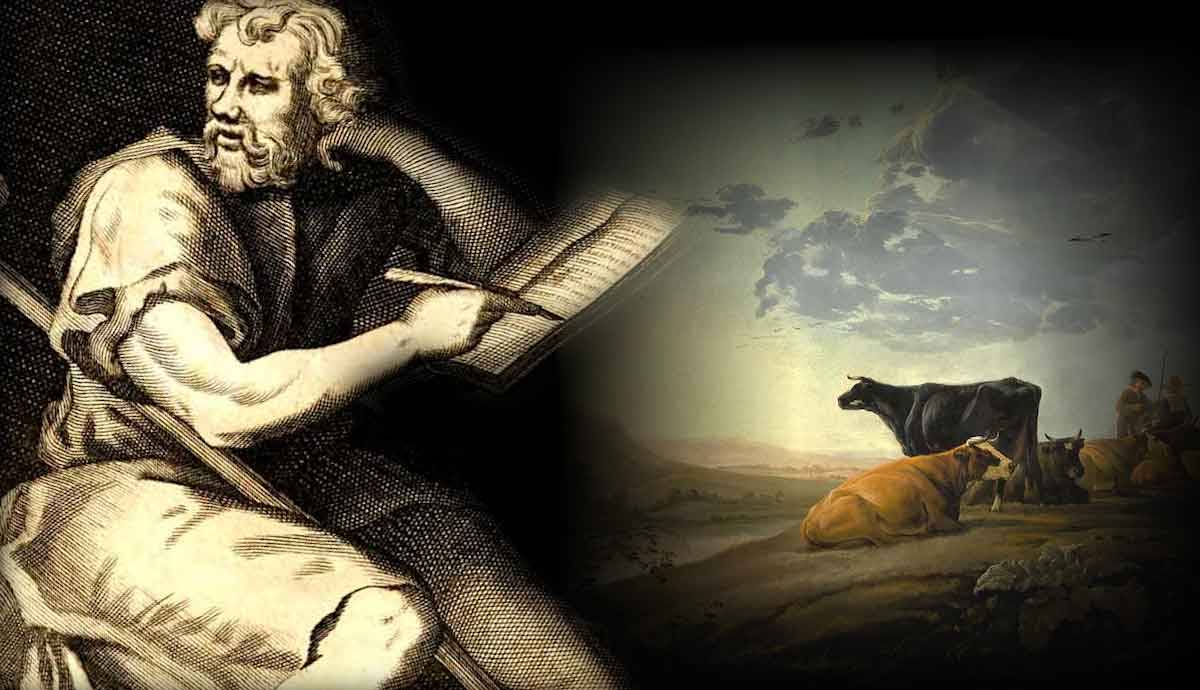 What does it mean to be happy? Do external situations and circumstances bring us happiness? Or is it perhaps a state of mind and the way we perceive these situations and circumstances? These were the questions asked by Epictetus, arguably one of the most important stoic philosophers to have lived and contributed to answering the question, “how can we truly be happy?”.

Sometime around the period of 50CE in the Greek city of Hierapolis, Epictetus was born into slavery within a wealthy family. His Roman master Epaphroditus allowed Epictetus to study, which led him to philosophy and his soon-to-be stoic teacher, Musonius Rufus.

When Epictetus eventually gained his freedom later in life, he began teaching philosophy in Rome, becoming one the most important stoic philosophers and teachers to have ever lived. Stoicism fueled a new philosophical culture which placed human perception at the center of true knowledge, happiness and tranquility.

1. Understanding the Dichotomy of Control

Epictetus, perhaps more so than other Stoics at the time, placed huge importance on the Stoic tenet of control. For Epictetus, the most important task for human beings is to know what is and what is not within their control.

Understanding the dichotomy of control was to understand that:

‘’The goal of humans is to live according to nature, in agreement with the world design…’’

Once humans understand what is within their control or not, they can surrender to external events and situations that happen in the world. In situations beyond one’s control, one can only control their response and reaction to it. One can either choose to be disrupted by the event or accepting of the event.

‘’The chief task in life is simply this: to identify and separate matters so that I can say clearly to myself which are externals not under my control, and which have to do with the choices I actually control.’’
Epictetus, Discourses

Epictetus’s Stoicism wasn’t about trying to avoid unpleasant or unfavorable situations in life, as this is of course impossible. It was about being able to bear such things without disturbance. When something is out of our control: “Be prepared to say that it is nothing to you” (Epictetus, Discourses).

Stoicism was a tool of self-mastery and wisdom. Unlike other philosophies of that age, there was no need to partake in academic inquiry to find value and human happiness, the goal was to live according to nature, in agreement with the world design.

What made Epictetus stand out was his use of memorable and captivating phrases which were later compiled in The Encheiridion, often known as “Epictetus’s Handbook”. True of many stoic thoughts and teachings, the content can be read in minutes, but pondered for a lifetime.

Epictetus taught that humans should not have desires or aversions with regards to external events that are beyond our control, for this is a poor use of time and serves no purpose in the pursuit of living virtuously and happily.

When humans do not grasp or understand the concept of the dichotomy of control, Epictetus says that these humans will be sentenced to a life of dissatisfaction and unhappiness:

‘’If you regard that…which is not your own as being your own, you’ll have cause to lament, you’ll have a troubled mind, and you’ll find fault with both gods and human beings.’’
(The Enchiridion)

Epictetus goes on to say:

“Don’t demand that things happen as you wish, but wish that they happen as they do happen, and you will go on well.”

The linchpin of Epictetus’s philosophy is his ideas about what it is to be a human being, that is, to be a mortal rational being.

Epictetus says that human beings are rational, which gives us the capacity to “use impressions” in a reflective manner. Just like animals, human beings navigate the world with instant perceptions of their surrounding environment and circumstances, however humans also have the “faculty of assent.” The faculty of assent allows humans not just to respond to external circumstances, but to examine the content of its impression. Using impressions lets humans determine whether a circumstance is true or false, favorable or unfavorable.

For Epictetus, we must not be disturbed or disrupted by external events. External situations only become ‘good’ or ‘bad’ when our faculty of assent tells us that they are either good or bad.

“Men are disturbed, not by things, but by the principles and notions which they form concerning things.”
Epictetus, The Encheiridion

If the unfavorable circumstance you find yourself in is out of your control, perhaps it is an event in nature or somebody else’s action towards you, you must firmly tell yourself it does not matter.

“When any person harms you, or speaks badly of you, remember that he acts or speaks from a supposition of its being his duty… say upon every occasion, “It seemed so to him.’’
Epictetus, The Encheiridion

To expect to go through life without anything bad happening is to be a fool. Even more foolish is to be disturbed and disrupted by the events that one cannot control. Understanding this is key to living a happy life.

4. Reaching Apatheia: The Freedom From Passions

But what about when good things happen to us? Are we allowed to judge it as ‘good’ and feel happiness? Epictetus taught that even positive emotions and favorable situations may cloud our judgement and distract us from our true goals and values. Instead, we should aim to live in a state of mind called apatheia.

For Epictetus, part of living as a rational being was to also live with freedom from passion, also known as living in a state of apatheia.

Apatheia isn’t about being indifferent towards people or the world; it is about avoiding suffering. Suffering can occur when we misjudge external circumstances such as wealth and health as ethically good, but these things do not bring true virtue or happiness. Happiness is found internally by accepting things as they are without judgement, and dedicating time to only the things you can control – your values, goals and reactions.

Epictetus’s stoicism did not deny that we can embrace feelings of joy and positive emotions, but as with many ancient philosophers at the time, it was important not to be sidetracked by hedonistic pleasures and temptations.

Epictetus taught that we cannot have both a worldly life based on external satisfactions and a philosophical life where happiness comes from within.

5. Dedication to the Three Topoi

In his discourses, Epictetus describes three categories of activity to help humans put his stoic principles to action. Topoi (fields of study) are practical exercises that, when successfully followed, will help humans attain the eudaimôn (‘happy’) life.

‘’There are three areas of study, in which a person who is going to be good and noble must be trained. That concerning desires and aversions, so that he may never fail to get what he desires nor fall into what he would avoid. That concerning the impulse to act and not to act, and, in general, appropriate behaviour; so that he may act in an orderly manner and after due consideration, and not carelessly. The third is concerned with freedom from deception and hasty judgement, and, in general, whatever is connected with assent’’.
(Discourses 3.2.1–2)

I. The Discipline of Desire

The discipline of desire is about knowing what is truly good and virtuous, and desiring only those things. When humans desire things that are not truly good or virtuous, they will be led into misfortune, sorrow and anxiety. Passions and desires that are found in external things or situations should be avoided, since these will only lead to misery and frustration.

On this, Epictetus says: ‘When I see a man anxious, I say, What does this man want? If he did not want something which is not in his power, how could he be anxious?’ (Discourses 2.13.1)

II. The Discipline of Action

The discipline of action is all about our impulses to act and not to act, and to understand that the consequences of our actions are not always within our control.

“Take the case of one whose task it is to shoot a spear or arrow straight at some target. One’s ultimate aim is to do all in one’s power to shoot straight, and the same applies with our ultimate goal. In this kind of example, it is to shoot straight that one must do all one can; none the less, it is to do all one can to accomplish the task that is really the ultimate aim. It is just the same with what we call the supreme good in life. To actually hit the target is, as we say, to be selected but not sought.’’
(Cicero, On Ends)

The archer does all within their power to shoot well, recognizing that doing their best is the best they can do. The Stoic archer strives to shoot excellently, but will not be disappointed if the shot fails to hit the center of the target.

III. The Discipline of Assent

Building on his concept of ‘impressions’, Epictetus taught that the Discipline of Assent is an exercise applied to our impressions in which we interpret and judge the world and external situations.

We should act in a way that avoids falling prey to subjective impressions so that we can be free from deception and from making rash judgements about how to proceed in the first two disciplines.

‘’The third area of study has to do with assent, and what is plausible and attractive. For, just as Socrates used to say that we are not to lead an unexamined life [see Plato, Apology 38a], so neither are we to accept an unexamined impression, but to say, ‘Stop, let me see what you are, and where you come from’, just as the night-watch say, ‘Show me your token.’’
(Epictetus, Discourses)

For over 500 years, Stoicism was one of the most influential philosophical movements in the Roman world. From the Renaissance until well into the 19th century, Stoic ideas were thought to be one of the most important ancient influences on European ethics.

Today, we can see the influence of Epictetus’s thoughts on control within psychological methods of reappraisal, reframing thoughts and cognitive behavioral therapy. These methods are centered around helping individuals reinforce positive thought patterns and behaviors, necessitated by understanding what is within or beyond one’s control.

Focusing on what you can control, namely your reactions and responses, is a powerful tool in never becoming a victim to your circumstances. In accepting that things are just as they are, happiness is found within the individual’s state of inner peace. This inner peace and acceptance is what will allow humans to live in harmony within an unpredictable world, rather than be at war with it. 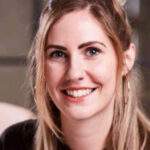