As the founder of the Surrealism movement and leading the way for the era of Abstract Expressionism that came after him, Andre Breton was a writer, poet, art collector, and all-around very interesting guy. 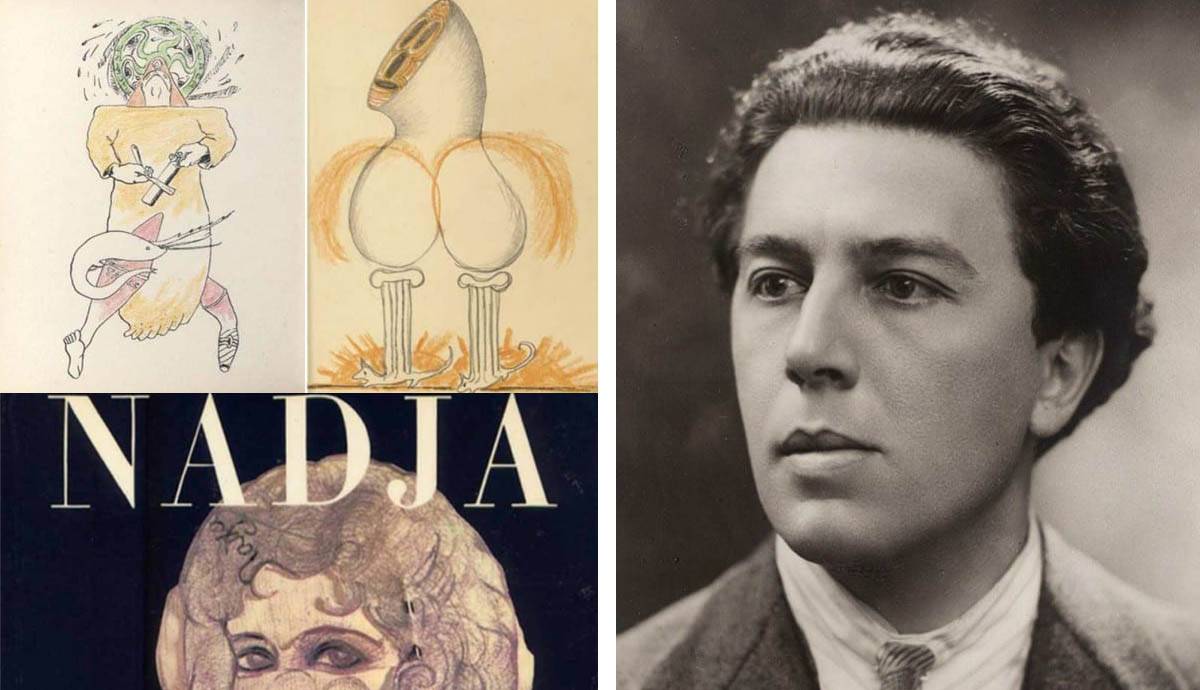 As the founder of the Surrealism movement and leading the way for the era of Abstract Expressionism that came after him, Andre Breton was a writer, poet, art collector, and all-around very interesting guy.

Influencing many artists and political groups during the ‘30s and ‘40s, Breton blended psychology with art in new ways.

Eager to know more? Likewise. Here are seven intriguing facts about Breton that poetry lovers and anyone fascinated by surrealism should know.

1. Breton studied medicine and was particularly interested in mental health

In 1913, Breton started studying medicine in Paris where he developed a special interest in mental illness. Only two years later, though, Breton’s education was interrupted by World War I.

In 1915, he was drafted into the medical service of the military and started to work in a neurological ward in Nantes, France. There he met Jacques Vache whose contempt of the establishment and traditional art influenced him considerably.

During his medical service, Breton intensively studied Arthur Rimbaud’s work and read the theories of Sigmund Freud, as one does when interested in psychology and mental illness. During this time, it became clear that revolt and reform were important to Breton.

After the war, Breton dropped out of medical school to become a writer. In 1919, he founded the Dadaist journal Littérature together with Louis Aragon and Philippe Soupault and the same year, he wrote a book of poetry called Mont-de-piet.

Before writing his first Surrealist Manifesto, Breton visited Sigmund Freud in Vienna in 1921. This trip to Vienna took place after the honeymoon of Breton’s first marriage.

Breton used a technique called automatism which included experiments in writing, drawing, and painting. The technique is where images, feelings, and expressions are (as far as possible) written down uncensored and without the intervention of the critical self.

The importance of the subconscious as explored in automatism later became a central component of the surrealist idea. It should be recalled that at this time in the early 1900s, concepts like the ego and subconscious inclinations were radical ideas.

4. Breton published a total of three Surrealist manifestos, earning him the title of its founder

As Breton became more and more enamoured with dreams and psychic automatism, in 1924, he organized a group that was committed to surrealism and wrote his Manifeste du surrealisme. Later, he’d write two more subsequent manifestos on surrealism in 1930 and 1938. This book as other books explores the power of language in order to make arts set

In the first manifesto, Breton defined surrealism as a reaction to war, calling it “pure psychic automatism.” However, in his second edition, he combined his theories with Marxist ideology, with surrealism existing as a social-revolutionary movement.

His third re-write occurred during World War II while in exile in North America in 1938. Its name changed to Manifeste pour un art revolutionnaire independant (Manifesto for an Independent Revolutionary Art).

What started as a concept of art and literature expanded to political identity and Breton was at the forefront of the crossover. He joined the Communist party in 1926 but withdrew by 1935 after noting its incompatibilities with his surrealism values of the time.

Seemingly distant from his political and ideological manifestos, Breton’s most famous and most successful piece of writing happened to be a love story called Nadja. Written in 1928 and republished in 1962, the story reflects a real-life encounter of Breton’s.

The novel begins with the unexpected encounter of the author and a woman who calls herself Nadja. In Breton’s real life, this encounter and the male character’s fascination for this woman in Nadja suits Breton’s short love affair with the artist Léona Delcourt in 1927.

6. Breton inspired other artists like Picasso with his publications and ideas

In the 1920s and ‘30s, Breton helped young talented creatives such as Pablo Picasso, Joan Miró and Max Ernst to publish their art in the journal La Révolution Surréaliste, another important piece of history in the story of surrealism.

Later, Breton also organized different exhibitions of surrealist art to further the efforts of surrealism. The art world would soon be taken over by abstract expressionism and existentialism would take over in politics. Still, both of these eras were influenced by Breton and his work.

Yet, as the surrealism movement faded, Breton worked tirelessly to keep it alive. At his New York City headquarters during World War II, he would continue to host exhibitions, write texts and articles, and push his ideas, something he continued up until his death.

Breton died in September 1966 in Paris. Buried in the north of the city in the cemetery of Batignolles, his headstone reads “Je cherche l’or du temps” or “I seek the gold of time.”

Breton was a collector of surrealist art which he held in the Paris apartment he’d lived in since 1921. Now, it lives at the Centre Pompidou in Paris behind a wall of glass.

Some of his drawings and compositions have also recently been auctioned off including Le Cadavre Exquis and Le torrent automobile.

As you can tell, surrealism was Breton’s life’s work and he truly made an impact on the era in which he lived. Beyond his activism and his deep belief in the ideas within his manifestos, he was also a talented poet and writer – skills that tend to be undervalued when talking about his life and work.

Overall, we understand surrealism today largely due to Breton and his efforts. The art movement lives on in our modern lives and we will surely continue to learn from these artists and their ideas for years to come.