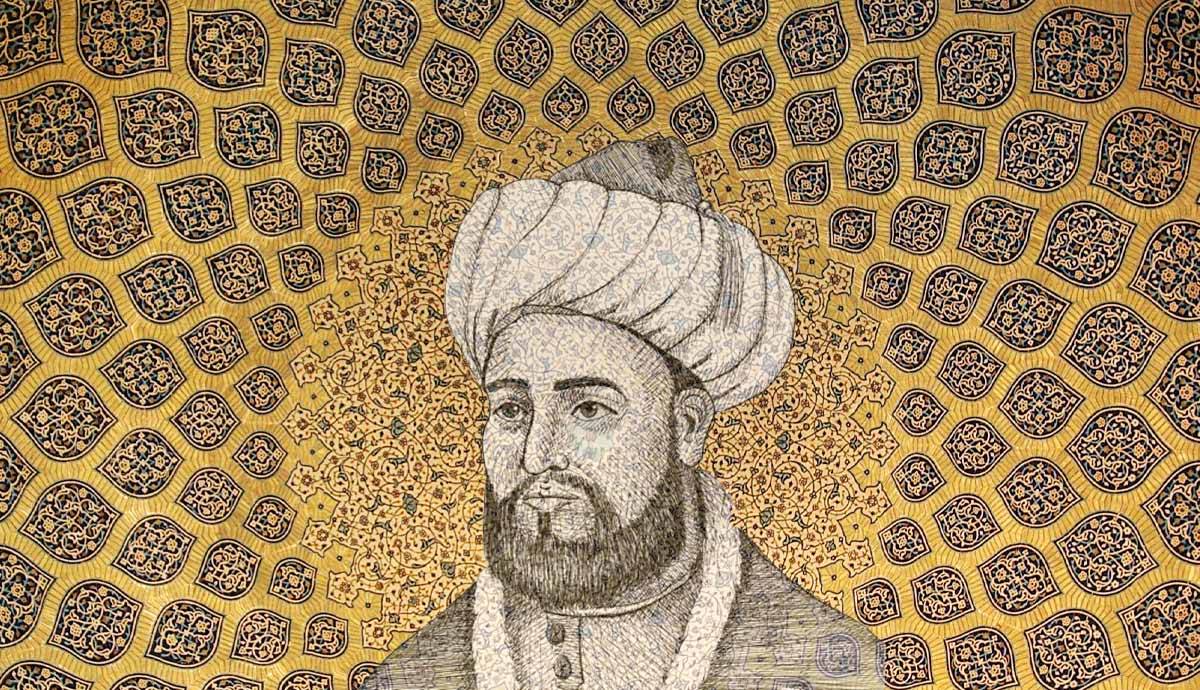 Al-Ghazali was known for his scepticism about philosophy’s relationship to religious thought. Indeed, he is famous for his criticisms of various philosophical arguments, which he himself labels refutations. Yet, his work has come to mark the very beginning of Islam’s integration of Aristotelianism and philosophical approaches in general. His approach has proven extremely influential among Muslim theologians ever since, and eventually had significant influence on Scholastic philosophy and European thought more generally. It was his very resistance to some of the excesses of the philosophical approach to the world, as he saw them, which allowed him to act as an ambassador between reason and faith. This is the intellectual role which his thought continues to play for many Muslims today.

Al-Ghazali’s life, like many Muslim philosophers and theologians, was not one of isolated reflection but rather one which shaped and was shaped by the politics of his time. Having been born in modern-day Iran, al-Ghazali’s early career led him to a position of influence both with the Seljuk Sultan Malik Shah, with his seat of power in Isfahan, and with the Caliph’s court in Baghdad. His appointment to the latter in 1091 was suddenly cut short by a major change of conviction. Having spent time studying the mystical and often more ascetic Islamic texts – part of what is known as the Sufi tradition, al-Ghazali left Baghdad in 1095. Tradition holds that, having left the Caliphal Court, al-Ghazali went to pray at Abraham’s tomb in Hebron, promising never again to serve the political authorities or teach in their schools.

In spite of the gravity of this gesture, Al-Ghazali went on to break this vow a decade later, citing general irreligious feeling in need of his attention. This last biographical point seems extremely revealing, especially when other sources inform us that al-Ghazali saw himself as a muhyî, a renewer of the Muslim faith who was thought to come every century. In short, we can surmise that al-Ghazali both saw himself as a man of world-historical significance, as well as an intellectual and a religious scholar. He thought himself integral not just to the theoretical currents which prevailed amongst Muslim scholars, but as influential for the faith of all Muslims. That, in the last analysis, he understood the demands of this role not as a retreat from the demands of wider society and politics, but a renewed engagement with it, seems representative of al-Ghazali’s intellectual and spiritual thought more broadly. His approach to philosophical thought in the Islamic world demonstrates this.

Al-Ghazali is known in large part for his responsive to the burgeoning interest in and practice of philosophy among Muslim intellectuals, particularly Ibn Sina. Philosophers (falasifa) developed their thought primarily from translations of Aristotle. The main issue al-Ghazali takes with the whole movement towards falsafa is the general conviction that rational ‘demonstration’ is superior to theological knowledge, which takes as its source scripture and divine revelation. We might assume, given al-Ghazali’s claim to refute these demonstrations, that al-Ghazali is himself engaging in something more strictly theological, not a form of philosophical investigation. However, this is an open question, and worth exploring further in more depth. The question of whether al-Ghazali is philosophising, and if so what kind of philosophy he is doing, is central to understanding the influence he holds on debates over faith and reason.

The argument al-Ghazali focuses on is that the falasifa confuse demonstration as such with taqlid, the repetition of teachings from founders of the movement. Of course, if the falasifa are practising taqlid, then they have no greater rationality underpinning their ideas, but are drawing their conclusions from an inferior source. There are twenty claims made by the falasifa which al-Ghazali claims to refute. Of these, there are three claims of falasifa which al-Ghazali claims are not only false, but harmful for the general understanding and acceptance of Islam. These are three teachings from Ibn Sina’s philosophy, summarised by Frank Griffel as follows: “(1) that the world has no beginning in the past and is not created in time, (2) that God’s knowledge includes only classes of beings (universals) and does not extend to individual beings and their circumstances (particulars), and (3) that after death the souls of humans will never again return into bodies.” Al-Ghazali holds that these contradict the teachings of Islam.

What is interesting about the three claims al-Ghazali chooses is that they are so thoroughly metaphysical, which we can define here as the investigation of the world at the most fundamental and most general level. What al-Ghazali considers dangerous for a proper understanding of Islam are errors made at the most abstract level of enquiry. This suggests a kind of systematic, hierarchical conception of the body of a faith. Errors made concerning the most fundamental aspects of existence have consequences for faith beyond the falseness of those claims themselves. In seeking to refute metaphysical arguments of this kind, we find al-Ghazali himself accepting these questions are themselves significant, and so finds himself engaging with metaphysics in detail even as he purports to refute this approach to knowledge, forging a kind of hybrid method of investigation – which remains strictly Islamic, yet philosophical in its own right – in the process.

It is worth noting further that these three claims are all implicitly about divine power. This is fairly evident for claims (2) and (3) – (2) places a limitation on divine knowledge, and (3) places a limitation on the divine arrangement of body and soul. However, it is more oblique in the case of (1), but the claim that the world is not created in time is generally put forward to evade questions concerning God’s own location in time, and whether there was a time before God existed if He too exists in time. This is more of a logical limitation, but it is nonetheless interesting to see al-Ghazali approaching metaphysical questions of this kind with a distinctly religious outlook. All things considered, al-Ghazali’s approach is philosophy of its own kind – it is the essence of the philosophy of religion. It is worth observing that none of the philosophical claims al-Ghazali considers the most dangerous have anything to do with practice, or even the everyday assumptions of ordinary believers. This is because, in large part, al-Ghazali finds the ethical stance of the falasifa far more agreeable.

The Aristotelian approach to ethics – now commonly referred to as virtue ethics – proved extremely influential for al-Ghazali’s ethical outlook. As in the realm of metaphysics, al-Ghazali is ultimately a synoptic thinker, meaning that he tends to synthesise the outlooks he addresses. Whereas his approach to the metaphysics of the falasifa is nevertheless a confrontational one, his approach to their ethics is generally more amenable. There are a range of Aristotelian positions which Al-Ghazali finds complimentary to a distinctly Muslim ethical outlook. First, his view that the prophet, and no one else, should be the person who Muslims emulate is clearly compatible with the view that the kind of person one is matters for our formulation of ethics just as much, if not more than, an attempt to formulate moral rules.

Al-Ghazali also approves of the Aristotelian approach to desire and other urges which might harm us. Removing these urges is not an option, because they are an aspect of what it is to be a human being. True discipline involves control with one’s rational capacity. Nonetheless, al-Ghazali’s position on rationality more generally is that human reason cannot inform us about judgments of right and wrong in the first instance. The Qur’an and the Prophet’s sayings have to be the source for those judgments, to which reason can then be applied in an interpretative capacity. As with his approach to metaphysics, anti-rationalism in first order judgments when combined with a rational approach to more particular judgments seems to be al-Ghazali’s main way of approaching the conflicting obligations of reason and faith. Certainly, it is a tendency in the philosophy of religion more generally, and even today attempting to find the initial warrant for secular ethical judgments is a major criticism levied by religious believers against modern moral philosophy.

Al-Ghazali is the originator of an influential philosophical methodology. There is a long tradition of the dialectical approach, which in the most general sense involves using the study of oppositions as an epistemic tool. In the Western tradition, this is the first formal philosophical method – it is the first philosophical method named as such. But it should not surprise us to find an extension of that method here. Although we are often taught to classify the Islamic tradition of inquiry as distinctly non-Western, it is important to emphasise the substantial continuities between that intellectual milieu and that which prevailed in Europe.

Combining Aristotelianism with the teachings of an Abrahamic religion is the basis of much Islamic thought, notably that of later philosophers like  Ibn Rushd, but it is also the basis of the scholastic systems which dominated philosophy and theology in Medieval Europe, like those of St Thomas Aquinas. Whether due to greater familiarity with Christianity and the systems which descended from the scholastics, or out of more general trepidation towards Islam and Islamic thought, al-Ghazali’s philosophical outlook is generally classified as part of a distinct tradition. Yet, as this article has demonstrated, his philosophy is extraordinarily pertinent for anyone investigating the relationship between reason and faith.