HomeAnswersWhat is the Story Behind Matisse’s ‘Dance’? 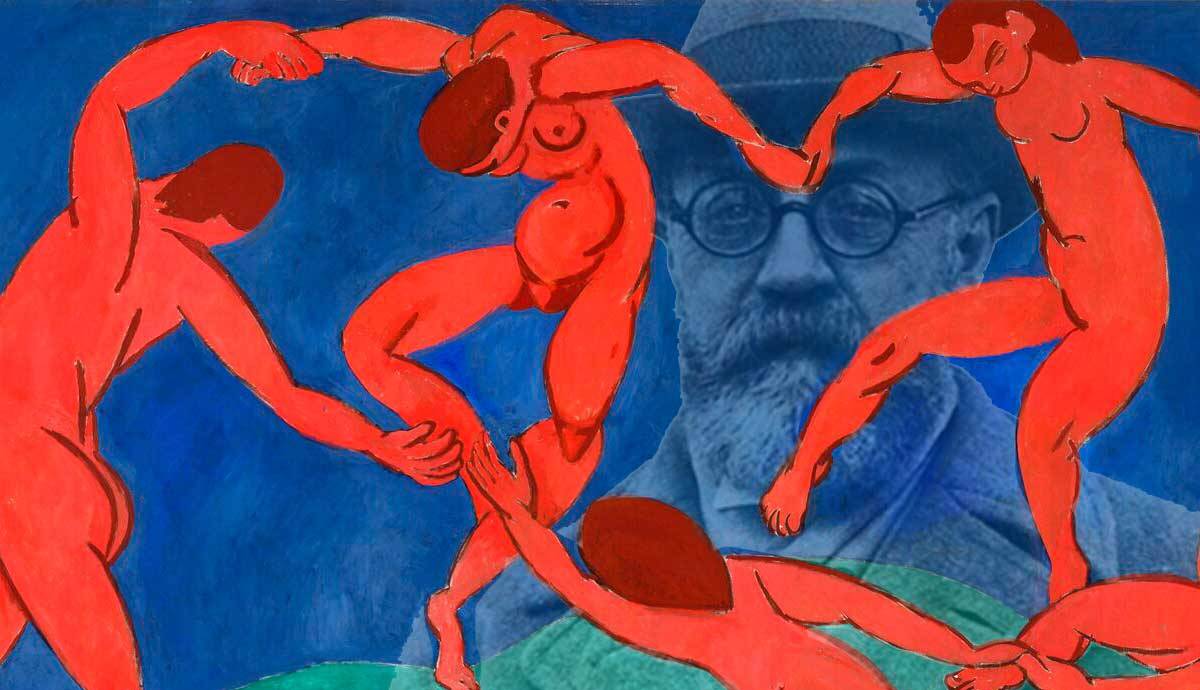 Henri Matisse was an icon of the 20th century, and his bold, spirited art paved the way for countless artists to follow. Made early in his career, Matisse’s Dance, 1910, shows a group of red dancers caught in a collective moment of innocent freedom and joy, holding hands as they whirl around in space. Simple and direct, the painting speaks volumes about our deep-rooted, primal human desire for connection, movement, rhythm and music. We delve into the backstory behind this timeless modern masterpiece.

Matisse’s Dance Was a Commission from a Wealthy Russian Businessman

Russian businessman and arts patron Sergei Shchukin was a close friend and long-time admirer of Matisse. In 1910 he commissioned the artist to paint two large, decorative panels for the landing of his mansion home at Trubetskoy Palace. The first of these was Dance, 1910, which Matisse dedicated to the pure and unbridled joy of dancing. Matisse portrays a group of naked dancers in bold, brick red with strong black outlines, painted in an innocent, child-like style. They are caught suspended in a moment of pure ecstasy, hands held tight in unison as they spin one another around in space.

Behind them Matisse suggests a heightened, utopian landscape, with the deepest shade of ultramarine that becomes sky, and dazzling forest green for the grass. Critics vilified Matisse for his crude depiction of the human form, calling it menacing, barbaric and even demonic. But Matisse vehemently defended his position, arguing that the role of the artist is to express emotion with the simplest of means, rather than a realistic rendition of reality.

Matisse took inspiration for Dance from several sources. One of these was a watercolor painting by Romanticist William Blake from 1786 titled Oberon, Titania and Puck with Fairies Dancing, which shares a similar circular formation of joyous figures. In his spare time, Matisse loved visiting the Parisian Moulin de la Galette to watch the dancers, and they no doubt fueled his interest in bodily movement. Matisse also wanted to recreate the sensations of movement in the Russian composer Stravinsky’s music.

Before completing this painting, Matisse made a smaller study, titled Dance I, 1909, in which the dancers are pink, (now in New York’s Museum of Modern Art) and this became the launchpad for his later bold red figures.

It Has a Pendant Painting Titled Music

Along with Dance, 1910, Matisse also painted a sister, pendant painting titled Music, 1910. While Matisse unites the figures in Dance by the swaying movement of their bodies, in Music, each bold red figure sings or plays an instrument. Against a green backdrop and a deep blue sky, the musicians seem to float as if caught mid-air, carried away by the transcendental experience of music. Like Dance, Matisse’s Music has a child-like innocence, and speaks of our deep human desire to connect with one another in joyful union.

Matisse’s Dance Had a Surprising Relationship to Photography

Photography might seem an unlikely reference point for Dance, 1910. But Matisse argued that since the invention of photography, the role of art had shifted in a new direction. Now that photographers could document the real world with exacting detail, art was free to be something more primordial, expressive and deep-rooted. Matisse explained, “The painter no longer has to preoccupy himself with details. The photograph is there to render the multitude of details a hundred times better and more quickly. Plastic form will present emotion as directly as possible and by the simplest means.”

Matisse’s patron Shchukin hung both of Matisse’s paintings Dance and Music in his lavish mansion home for several years. But in 1917, they were confiscated by the state during the Russian Revolution. Following the raid of Shchukin’s home, both paintings mysteriously disappeared for many years. Eventually, in 1930 the paintings were recovered, and they made their way to the Hermitage Museum in Russia, where they remain to this very day as an important symbol of Russian history.