HomeArtDora Carrington: The Maverick of Modernism

Dora Carrington: The Maverick of Modernism

Trained at the prestigious Slade School of Fine Art, Dora Carrington was a unique artistic talent of the early twentieth century.

Dora Carrington is among the most talented artists and designers of her generation. After studying at the Slade, where she won various awards and even a scholarship, she was reluctant to exhibit and stopped signing and dating her work early on in her career. Thus, Carrington was always at something of a distance from the art scene of her day and remained relatively unknown during her lifetime. Nowadays, her legacy is often overshadowed by her connection to the Bloomsbury Group – and by her relationship with Lytton Strachey in particular.

Dora de Houghton Carrington was born in Herefordshire on 29 March 1893 to an affluent, comfortably middle-class family. She attended Bedford High School, an all-girls institution where her artistic talents were recognized and actively encouraged. Her parents also paid for additional tuition in drawing, and she won various awards in national school competitions.

Despite their financial support of her artistic talents, her relationship with her parents was somewhat complex. While she felt an uncomplicated and instinctive love for her father, she rebelled against the straight-laced Victorian views of her mother. It was, therefore, with great relief that she left home for London, aged just seventeen, to attend the Slade School of Fine Art in London in 1910.

Carrington’s cohort at the Slade was arguably among the strongest in its history. Here, she studied alongside some of the most important British artists of the twentieth century, such as David Bomberg, Paul Nash, Christopher R. W. Nevinson, and Mark Gertler. During their studies, Nevinson, Gertler, and Nash all fell in love with her. That Carrington was able to hold her own among her fellow students is evidenced by the scholarship and awards she won. For example, her painting Female Figure Standing won her joint first prize for female figure painting at the Slade in 1913. She specialized in figure and life drawing and benefitted from Slade’s policy of allowing women, as well as men, students to paint from life models – a practice that was still relatively rare among elite art institutions at the time.

During her time at the Slade, she also felt empowered to experiment with her own gender expression. Away from her mother’s influence, she wore voluminous clothes that hid her figure and, along with Dorothy Brett, Barbara Hiles, Ruth Humphries, and Alix Sargent-Florence, cut her hair short at a time when it was fashionable for women to wear their long hair up. Virginia Woolf, who herself followed this rule of fashion, deemed Carrington one of the first “cropheads” of the day. It was also during her first year at the Slade that she dispensed with her first name (which she despised) and came to be known simply as Carrington.

After graduating from the Slade in 1914, she stayed in London, living in various rooms and houseshares. At one point, she lived in Soho and kept a studio in Chelsea, and for a time, she lived in a houseshare with her friend, Dorothy Brett, and the short story writer Katherine Mansfield at 3 Gower Street.

Her work appeared in group exhibitions, though it is around this time that she stopped signing and dating her work. In order to pay the bills, she took on work at the Omega Workshops. The anonymity stipulated by Roger Fry at the Omega suited Carrington, as would his “Nameless Exhibition of Modern British Painting” in 1921. She also accepted a commission from the Hogarth Press – which was owned and run by Leonard and Virginia Woolf – to design and create woodcuts for their book designs.

Through this commission, she befriended the Woolfs, with Virginia writing in her diary some years later that Carrington was “such a bustling eager creature, so red & solid, & at the same time inquisitive, that one can’t help liking her” (see Further Reading, Bell, p. 153). Following her work for the Hogarth Press, she was duly invited to stay with the Woolfs at Asheham House, their country home in Surrey, in 1915. Among the guests were Clive and Vanessa Bell, Duncan Grant, Mary Hutchinson, and Lytton Strachey.

The first meeting between Carrington and Strachey has reached almost mythical status. During her stay at Asheham House, the whole party went for a walk on the South Downs, which was made memorable when Strachey, despite his open homosexuality, attempted to kiss her.

Repulsed by the advances of a man thirteen years older than her, she planned to exact revenge on Strachey by sneaking into his room early the next morning and cutting off his long red beard. Before she could, however, he awoke, and, meeting his gaze, Carrington fell in love with him. By 1917, she and Strachey were living together at Tidmarsh Mill in Berkshire. They continued to live together until his death in 1932.

Though Carrington viewed Strachey as the love of her life, and though the two were devoted to each other, they frequently felt the need to discuss the nature of their relationship. While Carrington railed against “a savage cynical fate which has made it impossible for my love ever to be used by” Strachey, he, in turn, felt that Carrington should not merely be satisfied with their platonic relationship and worried that she was overly dependent on him (see Further Reading, Taddeo, p. 101). During their relationship, therefore, she had affairs with other men and women, though none eclipsed her devotion to Strachey.

Perhaps the most significant of these affairs was her relationship with Rex Partridge, a major in the army and a friend of Carrington’s younger brother, Noel. The two met in 1918 when Rex visited Carrington at Tidmarsh Mill. Strachey soon befriended Partridge, renamed him “Ralph,” and conceived an unrequited love for him. Partridge, however, was more interested in Carrington. As he was already living with Carrington and Strachey at Tidmarsh, having found work at the Woolfs’ Hogarth Press, Carrington agreed to marry him in 1921, largely for Strachey’s benefit so that she could maintain their existing living arrangements. Their wedding was paid for by Strachey, who also joined them on their honeymoon in Venice.

The marriage, perhaps unsurprisingly, was not a success, as Carrington was still in love with Strachey. Nonetheless, she continued to have affairs after her marriage, just as she had beforehand. These affairs often allowed Carrington to explore new creative outlets. During a holiday in the Lake District, she began an affair with Gerald Brennan, a friend of her husband.

Most of the time, Brennan lived in the Andalusian mountains, from which Carrington drew much inspiration during her visits there. Though she had always had a keen love of nature and was a skilled landscape painter, this change in scenery allowed her to discover a new way of painting the natural world. Writing to Brennan, she stated that the Andalusian mountains “transport me into another world” (see Further Reading, Boyall). And indeed, her painting Spanish Landscape with Mountains does have an unearthly quality, being almost surreal in its stylization. While it has been argued that Carrington distorted the hills depicted in Farm at Watendlath so as to echo the female form, her Spanish mountains in the mid-distance of her painting are more obviously embodied, taking on the appearance of human flesh.

In 1924, Carrington, Strachey, and Partridge moved into Ham Spray House in Wiltshire, which Strachey bought in Partridge’s name. Within two years, however, Partridge left Carrington for Frances Marshall, moving to London to be with her. Once again, Carrington and Strachey resumed their life together without a third party.

Around this time, Carrington began another affair with the American socialite Henrietta Bingham, whom she first met in 1923. Through this relationship, Carrington overcame the feelings of shame and disgust that she had experienced in sexual relationships with men. She also painted Reclining Nude with Dove in a Mountainous Landscape, using Bingham as her model.

In order to earn a living, Carrington had worked in applied decorative arts since her graduation, painting murals, pub signs, fireplaces, and ceramics, among other things. Having moved to Ham Spray House – Carrington and Strachey’s final residence – Carrington turned her attention and her considerable artistic talents to turning their own house into a home. One room to which she devoted particular attention was Strachey’s library, which featured fireplace tiles emblazoned with his monogram as well as a fake bookcase featuring spines of whimsically titled books.

The yellow and blue tiles in the kitchen and larder were likewise designed by Carrington, who believed that these rooms gave “a certain revelation as to a female’s character” (see Further Reading, Birrell, p. 55).

Carrington’s happiness at Ham Spray House, however, was to be short-lived. Strachey’s health deteriorated over the latter half of 1931. Diagnosed with stomach cancer too late, he died on 21 January 1932 with Carrington by his side, leaving her a sizeable fortune of £10,000. A little over six weeks after his death, however, Carrington borrowed a gun and fatally shot herself in the chest. Her ashes were buried in the garden of Ham Spray House.

It is sometimes argued that Carrington wasted her talent by focusing on domesticity rather than her art, or else that she frittered too much of her time away on decorative arts. Perhaps, however, her flair for homemaking was simply another side to her extraordinary abilities and gave her an alternative creative outlet. While such domestic tasks may seem unusual for an artist of her caliber and training, Carrington was never one for following artistic trends or setting patterns on what an artist should and should not be.

As Rebecca Birrell states: “her passionate interest in art was deeply intertwined with a suspicion of the forces that make up the traditional canon” (see Further Reading, Birrell, p. 52). In order to preserve the former in the face of the latter, she resolutely pursued her own artistic vision and interests and lived her life on her own terms. Though her marketability suffered for this during her lifetime, she was recognized as “the most neglected serious painter of her time” by Sir John Rothenstein, then director of London’s Tate Gallery, in 1978. Since then, recognition of her singular genius has grown steadily.

6 Great Female Artists Who Had Long Been Unknown 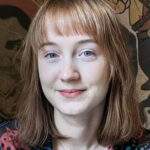 By Catherine DentMA 20th and 21st Century Literary Studies, BA English LiteratureCatherine holds a first-class BA from Durham University and an MA with distinction, also from Durham, where she specialized in the representation of glass objects in the work of Virginia Woolf. In her spare time, she enjoys writing fiction, reading, and spending time with her rescue dog, Finn.

6 Great Female Artists Who Had Long Been Unknown