Roger Fry’s landmark exhibition 'Manet and the Post-Impressionists' was a radical event that precipitated the modernist era. 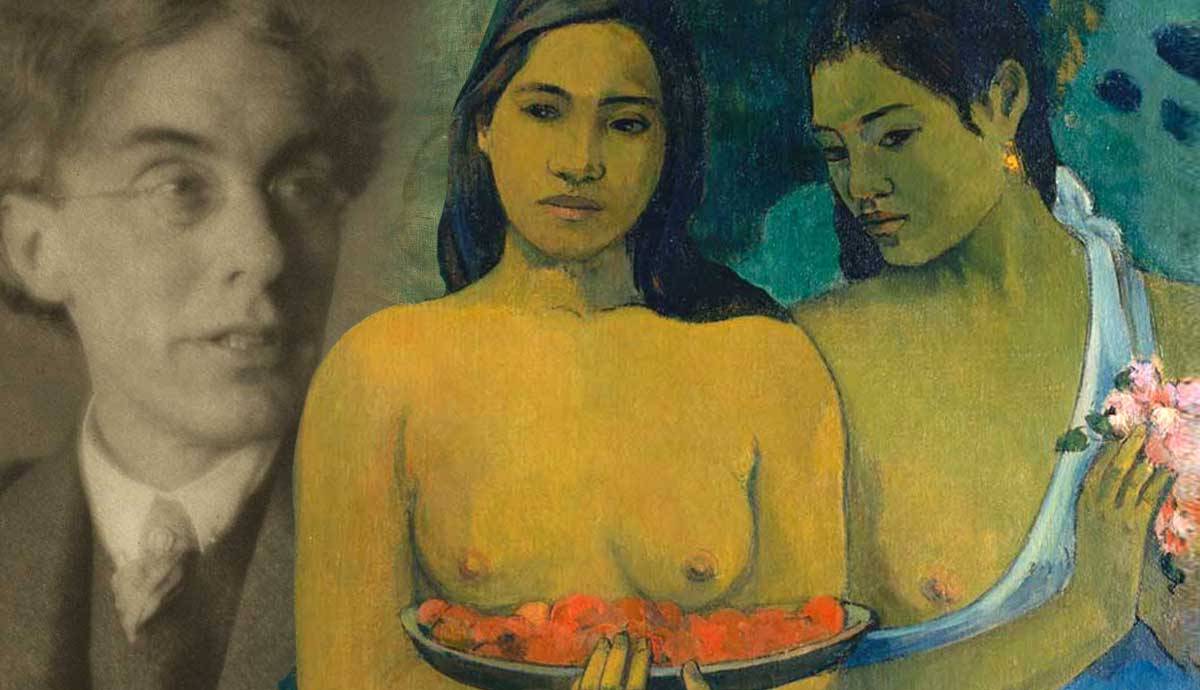 One of the most prominent instances of art having tremendous sociological significance is the 1910 exhibition Manet and the Post-Impressionists, organized by Bloomsbury group members Roger Fry, Clive Bell, and British literary critic Desmond MacCarthy. This particular event became one of the triggers that sparked the modernist era.

Modernism, a movement defined by a philosophically charged society, sought to primarily shift and subvert prevalent socio-political and cultural orders and free the people from claustrophobic conventionality. Fry’s exhibition dispatched and advanced the sensibilities of liberation, bringing about a reconditioning-a movement from the obsolete to the modern.

Before delving into how Fry’s exhibition incited the advent of modernism, first, let us digress a bit and look into the nuances underlining the term ‘modern.’ Essentially a term fraught with subjectivity, it gets continually claimed by authors, critics, artists, and readers of all ages as their own. Even historians of all epochs have intrinsically named their contemporaries as modern while categorizing their antecedents as, well, antecedents or typical. This dispute between the ancient and the modern has remained a perpetual debate, dominating European life throughout decades, affecting its socio-political, economic, and intellectual life.

However, the word ‘modern’ or modernity is laced with paradoxes. It’s a temporal denomination, having a differential relation with the things existing before it, aka, the obsolete or the classic. The self-understanding of each era appears as either deviation from or harmonious to its past. Samuel Johnson describes the word ‘modern’ as a deviation from the ancient and classical manner. Hans Robert Jauss navigates the term by tracing its history, senescence, and ultimate symbiosis with the classic, thus rendering them collegial. Virginia Woolf called the ‘modern’ a new understanding, a form of liberation from the confinement of conventionality. In her slick essay, Mr. Bennett and Mrs. Brown, 1924, Virginia Woolf attributes the advent of the modern age (albeit without using the term ‘modern’) to the 1910 exhibition Manet and the Post-Impressionists.

The first Post-Impressionist exhibition, held at London’s Grafton Galleries by British art critic Roger Fry and his compatriots on 8th November 1910, was officially titled Manet and the Post-Impressionists. The exhibition, notorious and revolutionary, was a booming commercial success, attracting over 25,000 spectators over the stretch of the two months it was on display. Fry, who was already an established art critic, art historian, and published author of several articles on Renaissance and Proto-Renaissance artists, held a keen interest in late nineteenth-century French art. So, when he chanced upon an open slot at the Grafton Galleries, he grabbed it.

The exhibition was not just an extravagant indulgence of Fry’s own interest in ‘modern art’ but an audacious endeavor that represented a shift in artistic innovations. Displaying a diverse range of art, Fry exhibited the works of Paul Cézanne, Paul Gauguin, and Vincent Van Gogh, among others, categorizing them as Post-Impressionists.

Fry deliberately began with Édouard Manet, since Manet was considered the quintessential French modern artist in England at the time, and progressed slowly and steadily through the others, finally arriving at the Post-Impressionists. Manet’s vividly distinguishable, discernible, and representational style served as a basis, a foundational patchwork against which the Post-Impressionist artworks defined their singularity. It was also the perfect way to ease viewers into an outrageously revelatory experience. In fact, one critic has described this progression from Manet to Matisse as a shock “administered by degrees.”

Fry coined the term ‘Post-Impressionism,’ using it for the first time in 1906 and again in 1910 when he organized the exhibition. Lexically speaking, Post-Impressionism means after-Impressionism, and Fry employed the term in order to ground the novel and revolutionary artworks in a lineage and ascribe them a historicity, and a continuity.

One hears Post-Impressionism; one knows it’s an association (be it deviatory or harmonious) with Impressionism. The Post-Impressionists extended impressionistic tendencies by rejecting their limitations. Vivid, saturated colors remained, but expression changed. Experimentations with geometric shapes, volume, depth, perception, and the human body marked the Post-Impressionists with a singularity that not just set them apart from their predecessors but made them an easy target for outrage and criticism.

A Change in Typicality Followed the Exhibition

The exhibition thus brought obscure and disparate painters into the public arena, which profoundly influenced every sphere of European life of the time. Manet and the Post-Impressionists saw distinct and multiple changes in its wake. ‘Post-Impressionism’ and its employment by Fry soon became a portmanteau term, as notes JB Bullen in Post Impressionists in England, and became a designation for everything modern in England, from “design to gastronomy.” The departure from prevalent Impressionist techniques in the exhibited paintings further augmented the modern status presented and represented by the exhibition. The perception of human character underwent a shift, and the outrageous, almost slanderous reception of the exhibition portrayed this shift from the orthodoxy distinctly.

The Negative Reception Betrayed the Orthodoxy of British Civil Life

The exhibition was a succès de scandale. Responses were fraught, and critics were disdainful and dismissive. The artists whose art was displayed were even suspected and accused of psychological perversions and sexual fallacies. A political, xenophobic, and perversive furor ensued. In retrospect, this furor is now interpreted as a lack of knowledge around French art and culture on the part of British society. But, in 1910, no one who had been to the exhibition was in a mindset to evaluate their reaction. Nevertheless, repulsion at the brazen display of the human body betrayed the Victorian conservative ontology that had underlined and characterized English lives til then.

The Exhibition Left Its Mark

This disruption was a consequence of Fry challenging social norms. It is important to note that the display precipitated positive reactions as well. Young artists considered the exhibition a steppingstone to metaphysical and artistic liberation. Prominent contemporary literary figures like Virginia Woolf and Katherine Mansfield attended the exhibition and were so struck by the experience that their opus revealed markers of Post-Impressionist influence.

Inspired by Post-Impressionist paintings, Woolf’s works exposed the triviality of convention and brought out the exceptionality of the human consciousness through the stream of consciousness. In fact, it is more appropriate to call her short prose works ‘sketches,’ considering their pictorial structuration. The uncertain and experimental prose of Woolf pierces through the banal materialism of pre-modern writers and showcases the impact that Fry’s exhibition had on her artistry.

“… the head of a gigantic old nail, driven in two hundred years ago, which has now owing to the patient attrition of many generations of housemaids, revealed its head above the coat of paint, and is taking its first view of modern life in the sight of a white-walled fire-lit room.”

One can imagine the mark on the wall to be a subtle reference to the advent of modernism in Europe. Compare the nail to a person stuck in an obsolete and orthodox pre-modern world (driven in two hundred years ago) who is piercing said wall through its painted surface; that is, through the ‘materialism’ of pre-modern writers such as H.G. Wells, Arnold Bennett, and John Galsworthy.

The nail may be Robert Fry’s exhibition on the Post-Impressionists, which ‘marked’ the awakening of modernism in Europe. Whatever the nail may be, the mark caused by the nail may be imagined as modernism and its effect on the ‘white-walled’ Victorian room with its bareness (of mind) and the war-struck people (as if on fire).

Fry’s Radical Project Was a Breath of Fresh Air

The exhibition was an undeniable breath of fresh air, thus marking a new, modern age. Despite its flaws, Manet and the Post-Impressionists incited the decadence of the conventionalist. This led to the emergence of the modernist subject through the novel conception of the “relationship between man and art,” as Woolf asserts. She is not wrong, certainly, when she writes, “on or about December 1910 human character changed.” 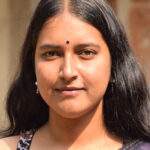 By Deya BhattacharyyaMA & BA English LiteratureDeya is a full-time student of the humanities with a passion for painting. She holds a keen interest in art and literature, and the socio-political implications of the same. She has a bachelor’s degree in English Literature from Jadavpur University and is currently pursuing a Master’s degree.