HomeArtWas Van Gogh a “Mad Genius”? The Life of a Tortured Artist

Was Van Gogh a “Mad Genius”? The Life of a Tortured Artist

Was Van Gogh a "mad genius"? Considered a madman and a revolutionary, he gained the title of tortured artist that he holds to this day. 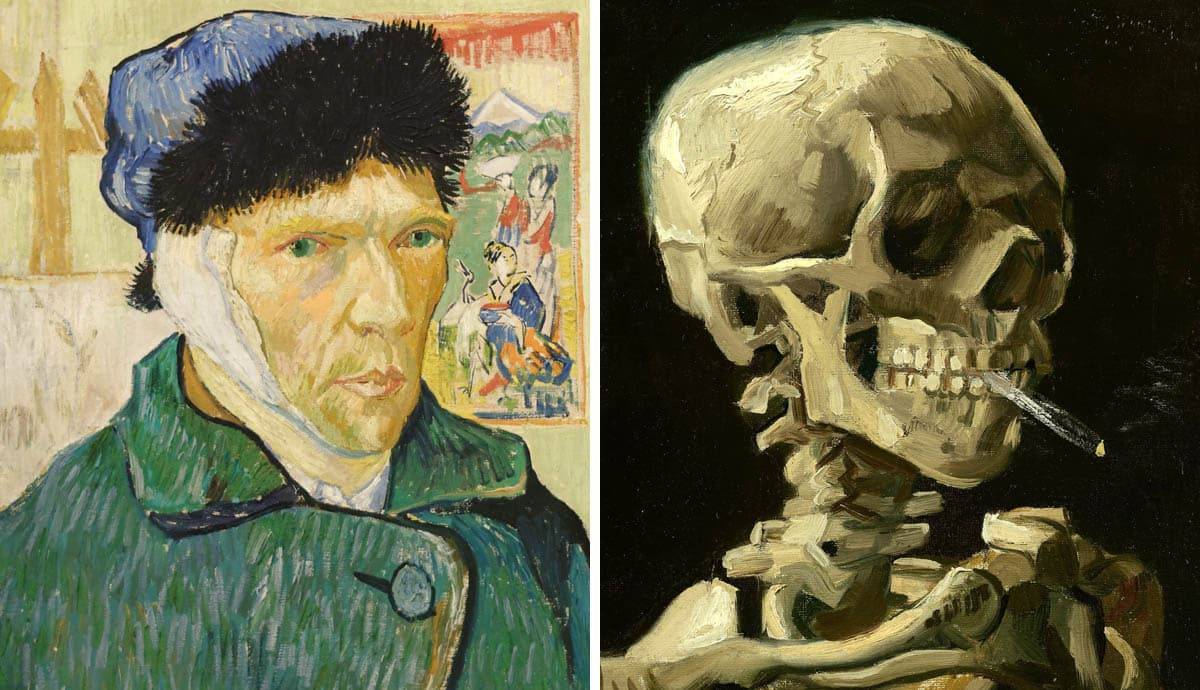 Was Vincent van Gogh a “Mad Genius”? It is a commonly held belief that artists lead eccentric, unconventional lifestyles. Their eccentricity even being a measurement for valuing their work. As shown by a study done by Van Tilburg (2014), people are more likely to view artwork as more beautiful if done by a more eccentric artist. In his study Genius: The Natural History of Creativity (1995), H. J. Eysenck also mentions that people tend to correlate creativity with eccentric behavior, lifestyle, and mental illness, citing Van Gogh as an example. But can an artist’s work be judged and valued based on their eccentricities, and in Van Gogh’s case, mental illness?

Was Van Gogh a Mad Genius?

Vincent van Gogh can certainly be characterized as unconventional. He left school at the age of fifteen. Instead of preparing for his studies of theology, Vincent preferred wandering around the city and countryside. He preached the word of God to miners in Belgium. He gave away his possessions, slept on the floor, and earned the nickname “The Christ of the Coal Mine.”

He then decided to become an artist, which in itself had been frowned upon, only at the age of 27. Vincent fell in love with a pregnant prostitute in 1882 and decided to live with her, but that relationship soon fell apart. Then came the onset of mental illness in 1888. After a feud with a fellow artist Paul Gaugin, Vincent threatened him with a razor and later mutilated his own ear, which he presented to a local prostitute. In a period of extreme confusion, he ate some of his oil paint. After spending two years in financial insecurity and fear of his nervous attacks returning, Vincent committed suicide on July 27th, 1890. He was certainly considered “mad” by the day’s standards and carried the title of a tortured artist, but the question still remains: was Van Gogh a mad genius?

Is his will to paint despite his illness what makes Van Gogh a mad genius? It is accepted that the moment Vincent mutilated his ear in 1888 marked the beginning of uncertainty, which lasted until his death. He was hospitalized the morning after but recovered in two weeks despite the physicians wanting to send him to a psychiatric hospital.

During his attacks, Vincent was utterly confused and had no idea what he was saying or doing. He again recovered but decided to admit himself to Saint-Paul-de-Mausole psychiatric hospital in Saint-Remy. Vincent spent a whole year in the hospital, during which he continually painted. Painting seemed a good remedy for his illness, but he couldn’t paint during attacks and, furthermore, wasn’t allowed to by the hospital staff.

The return of his condition made Vincent even more fearful and hopeless for a full recovery. Alternating between periods of crisis and recovery marked the rest of his stay at Saint-Paul-de-Mausole. After a year spent in a hospital, Vincent left for Auvers in May 1890. Uncertainty about his future and illness led him deeper into loneliness and depression. Nevertheless, he remained productive and continued to believe in recovery through painting.

What Made Van Gogh “Mad”?

What kind of illness did Vincent have? Though still not definitely answered, this question sparked inquiry and interest in Vincent’s life in the medical field. Vincent’s doctors had diagnosed him with epilepsy, a term used for various kinds of disturbances of the mind in the 19th century. Since then, many diagnoses have been projected onto Van Gogh, including schizophrenia, bipolar disorder, and BDP, to name a few.

Before he cut off his ear in December 1888, no sign of severe illness could be recognized. Karl Jaspers, an educated psychiatrist, wrote the following after visiting the 1912 Sonderbund in Cologne: “…Van Gogh was the only true great and unwillingly ‘insane’ person among so many who pretend to be insane but are really all too normal.”

Jaspers was the first doctor to analyze Van Gogh’s illness in relation to his art. He published a study in 1922 in which he mistakenly relates the change in Van Gogh’s art to the beginning of psychosis. A century later, medical experts are still trying to determine if Van Gogh was a mad genius. In a recent study (Willem A. Nolen, 2020), authors concluded that Vincent suffered from several disorders or illnesses, which worsened after the increase of alcohol consumption in 1886 combined with a lack of proper nutrition. In the conclusion of the study, the authors distinguish his art from his illness:

“Despite all these problems which contributed to his illnesses… Van Gogh was not only a great and very influential painter but also an intelligent man with enormous willpower, resilience, and perseverance.”

What Did Van Gogh Think of His Illness?

Another theme that sparked the question, “Was Van Gogh a mad genius?” is his own relationship with his illness. Vincent mentions his illness and how it affected his work in letters to his brother, Theo, during the last years of his life. Van Gogh did not work or write during most of his crises or periods in which he was confused, depressed, and hallucinating. Though he did work during his last crises, and in a letter to Theo, mentions: “While I was ill I nevertheless still did a few small canvases from memory which you’ll see later, reminiscences of the north.”

In the final month of his life, after returning from a visit to Theo, Vincent writes:

“I’ve painted another three large canvases since then. They’re immense stretches of wheat fields under turbulent skies, and I made a point of trying to express sadness, extreme loneliness… I’d almost believe that these canvases will tell you what I can’t say in words, what I consider healthy and fortifying about the countryside.”

The illness changed his outlook on life and, as a consequence, art. In the end, he did feel that artistic ambition had drained him. In a note found in his pocket when he attempted suicide is written: “Oh well, I risk my life for my own work and my reason has half foundered in it…”

What Inspired Van Gogh to Paint?

When asking the question, “Was Van Gogh a mad genius?” it assumes that suffering is causing the creation of art without considering what the artist himself actually wants to achieve.

Van Gogh despised any kind of stylistic dogma in art. He speaks of form and color as independent art components and a tool for describing reality, as seen in academic art. For him, technical skills and strength of expression were equal. An artist who paints with authentic expression without worrying about conformity to academic doctrine can’t be criticized as a bad artist. The painting Head of a Skeleton with a Burning Cigarette is Vincent’s mocking of his drawing curriculum at the Academy at Antwerp. Skeletons, used as a basis for anatomy studies, represented the opposite of what Vincent wanted to achieve with his painting. With a burning cigarette, the skeleton gives a grotesque hint of life.

In Paris, Vincent met Henri de Toulouse Lautrec, Camille Pissarro, Paul Gaugin, and Emile Bernard. He learned about Impressionism and divisionism. His brushstrokes became looser, his palette lighter, and his landscapes more impressionist. Vincent was one of the first painters to do plein-air painting at night. Vincent started using his famous spiraling line only after he got admitted to Saint-Remy. Taking Starry Night as one of the most famous examples, we see that everything is dynamic. The way he uses color in these paintings effectively demonstrates his awareness that color can be used as a medium for expressing emotions.

Going beyond his mental condition and public opinion, the question “Was Van Gogh a mad genius?” doesn’t seem as relevant. His contributions to the art world and the world through his art seem to surpass them. He might not have sold many paintings, but Vincent wasn’t left unrecognized among his fellow artists. The exhibitions of his work paved the way for the development of younger generations of modern artists.

Six of Vincent’s paintings were exhibited in Brussels in early 1890 at a group exhibition of the Belgian artists’ association Les Vingt (The Twenty). This association was the first attempt at creating a forum for the international avant-garde. The art critic Albert Aurier published a positive article on Van Gogh’s work, and one of the paintings, The Red Vineyard, was sold during the show.

This wasn’t the first time his work was accepted and appreciated in artistic circles. Theo had been submitting his paintings to the Salon des Independants in Paris since 1888. Ten paintings exhibited in 1890 were positively received. Theo writes in a letter to Vincent: “Your paintings are well placed and look very well. Many people came up to ask me to give you their compliments. Gauguin said that your paintings are the key to the exhibition.”

Vincent’s direct influence on the art world was felt at the beginning of the 20th century, with new generations of artists with a thirst for experimentation. In their case, it wasn’t important if Van Gogh was a mad genius or not. To them, he was an artist who paved the way for a new type of artistic expression.

The three artists considered the core of the non-formal group of Fauves, Andre Derain, Henri Matisse, and Maurice de Vlaminck, first met at Vincent’s art retrospective exhibition in Goupil Gallery 1901. His emotionally charged brushwork especially left a mark on young Vlaminck. Misconceptions about Vincent’s illness at the time lead Vlaminck to his own interpretation of Van Gogh’s art. In Vincent’s spiraling lines and impasto technique, he saw primitive impulses that inspired his own paintings.

Going east to Germany, two groups of Expressionist painters, Die Brücke and Der Blaue Reiter, created works of art with dominant high-intensity colors and emotionality, partly inspired by both Van Gogh and Gauguin’s art. Vincent’s controlled deconstruction of natural form and intensification of natural colors in his creative process is what partly inspired the Expressionists. In Germany, Van Gogh was accepted as a prototype of a modern artist, and Expressionists were often criticized for superficially imitating him.

Was Van Gogh a mad genius? It seems that the stereotype is here to stay. We can say that Vincent’s art wasn’t directly influenced by his mental illness. His style, technique, and subjects were always artistic choices. Considering his art was meant to express emotion, it seems inevitable that his mental state found a way into his art. His suffering, madness, depression, and insecurity had always been a part of it but rarely the center of his work. He might have been considered “mad,” but the way he looked at nature and used color to express his own emotions is what made him a genius.