HomeStoriesErnest Hemingway at the Battle of the Bulge

Ernest Hemingway at the Battle of the Bulge

Ernest Hemingway was one of America’s great authors. His novels have been read by millions, but few people know about his incredible service during the Battle of the Bulge. 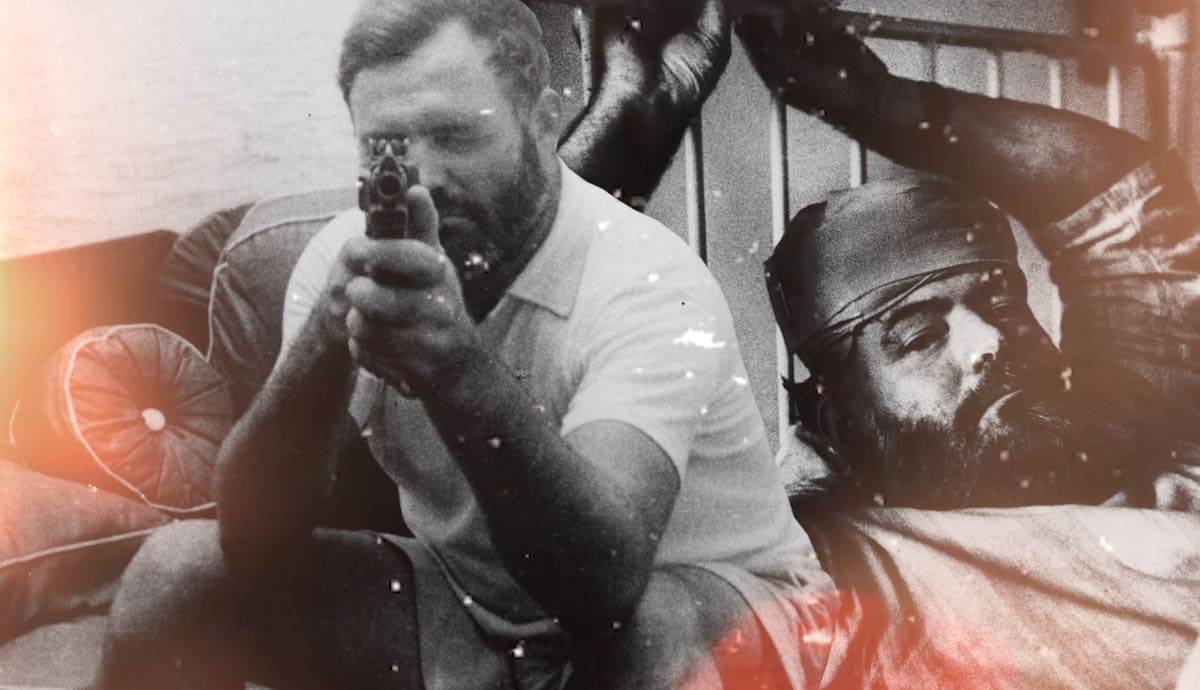 On 16th December 1944, the famous author Ernest Hemingway was in the Ritz hotel, Paris, having a drink. It had been six months since D-Day, the great allied invasion of Nazi-occupied France. Everyone thought the German army on the Western front was a spent force. They were wrong. World War II was not going to end easily for the Allies. The Battle of the Bulge was about to commence.

Ernest Hemingway: From the Ritz to the Frontline

At 05:30 that morning, thirty German divisions had surged through the heavily-forested Ardennes region of Belgium against initially weak American opposition. Their ultimate objective was to capture Antwerp, splitting the British and American armies, giving Germany a chance to develop its wunderwaffe (wonder weapons), and so win World War II. This was Hitler’s last major offensive, and his final desperate gamble.

Hemingway got news of the attack and sent off a quick message to his brother, Lester: “There’s been a complete breakthrough kid. This thing could cost us the works. Their armour is pouring in. They’re taking no prisoners.”

He ordered his personal jeep to be loaded up with a Thompson sub-machine gun (with as many crates of ammunition as could be stolen), a 45-caliber pistol, and a large box of hand grenades. Then he checked he had the really essential equipment – two canteens. One was filled with schnapps, the other cognac. Hemingway then put on two fleece-lined jackets – it was a very cold day.

After kissing his mistress, he strode out of the Ritz, as one witness described, “like an overfed polar-bear,” mounted the jeep, and told his driver to ride like hell for the front.

Seven months earlier, Ernest Hemingway’s World War II started with a car accident. Too old to serve as a combat soldier, he instead decided to put his writing skills to good use by signing on as a war correspondent for Collier’s magazine. His first injury came not in action, but on the streets of London in May 1944.

After spending the night at a party doing some serious drinking (involving ten bottles of scotch, eight bottles of gin, a case of champagne, and an indeterminate quantity of brandy), Hemingway decided it would be a good idea to drive home with a friend. The resultant crash into a stationary water tank left the inebriated correspondent with fifty stitches in his head and a huge bandage.

D-Day came less than two weeks later, and despite his injuries, Hemingway was determined not to miss it. Reporting for duty still wearing his bandage, he was shocked by what he saw that fateful day, writing in Collier’s that “the first, second, third, fourth and fifth waves [of men] lay where they had fallen, looking like so many heavily laden bundles on the flat pebbly stretch between the sea and first cover.”

Because they did not want negative stories printed about the appalling casualties sustained in the landing, the generals refused to let any of the war correspondents go ashore. Hemingway was unceremoniously returned to his troopship, much to his annoyance.

Eventually, he got inland and decided to attach himself to the American 4th Infantry Division as it fought its way through dense bocage country on the way to Paris. It was during this summer period that he was accused by many of breaking the Geneva Conventions. War correspondents were strictly forbidden from engaging in combat. Yet worrying reports were reaching the division commander. Rumor had it that Hemingway was leading a group of French partisans in action against the Germans.

Calling themselves Hemingway’s Irregulars, they were a group of Maquis operating in the bocage country. Hemingway technically held the rank of Captain in the US army and could speak passable French. The great author himself sums up how he was viewed by the young Frenchmen under his command:

“During this epoch I was addressed by the guerrilla force as ‘Captain.’ This is a very low rank to have at the age of forty-five years, and so, in the presence of strangers, they would address me, usually, as ‘Colonel.’ But they were a little upset and worried by my very low rank, and one of them, whose trade for the past year had been receiving mines and blowing up German ammunition trucks and staff cars, asked confidentially, ‘My Captain, how is it that with your age and your undoubted long years of service and your obvious wounds you are still a captain?’

‘Young man,’ I told him, ‘I have not been able to advance in rank due to the fact that I cannot read or write.’”

Hemingway stuck with the Maquis until he joined a tank column that helped liberate the French capital, his “favourite place on Earth.” Later, he said: “Retaking France and especially Paris made me feel the best I had ever felt. I had been in retreats, holding attacks, victories with no reserves to follow them up etc., and I had never known how winning can make you feel.”

But the matter of a war correspondent leading forces in combat would not go away easily. Hemingway eventually managed to dodge a potentially disastrous court-martial by falsely claiming that he was only providing advice.

Hell in the Hurtgen

After Paris was taken and the Ritz drunk dry, he expressed a renewed desire to get in “the real fighting” of World War II. This wish saw him enter the deadly battle of the Hurtgen Forest with the men of the 4th, in which over 30,000 Americans would become casualties in a series of fruitless offensives.

Hemingway had become friends with the commander of the 22nd Regiment, Charles “Buck” Lanham. During heavy fighting, German machine-gun fire killed Lanham’s adjutant, Captain Mitchell. According to eyewitnesses, Hemingway grabbed a Thompson and charged at the Germans, firing from the hip, and succeeded in breaking up the attack.

In this new, mechanized conflict, Hemingway saw many distressing sights. Collier’s demanded pro-war, heroic articles, but their correspondent was determined to show something of the truth. He describes the aftermath of an armored assault:

“The German SS troops, their faces black from the concussion, bleeding at the nose and mouth, kneeling in the road, grabbing their stomachs, hardly able to get out of the way of the tanks.”

In a letter to his mistress, Mary, he summed up his time in what became known as the “Hurtgen meat-grinder”:

“Booby-traps, double- and triple-layered mine fields, deadly accurate German artillery fire, and the reduction of the forest to a stump-filled waste by the incessant shelling of both sides.”

During the battle, Hemingway’s alcoholism was beginning to have a serious effect on his health. One soldier recalled how Hemingway always seemed to have booze on him: “He always offered you a drink and never turned one down.”

This made him popular with the ordinary man but also meant his body was turning into a wreck. December 1944 was a particularly cold one, and the Collier’s correspondent was beginning to feel his age – combat, bad weather, lack of sleep, and daily booze was taking its toll. The ill 45-year-old decided to get himself back to Paris and the comforts of the Ritz, determined to make a flight to Cuba in order to recuperate in the balmy weather.

Snow, Steel, and Illness: Hemingway’s Battle of the Bulge

But the Germans would cut his vacation plans short.

16th December came and so did news of “Wacht am Rhein,” the German code-name for their Western offensive. Hemingway sent a message to General Raymond Barton, who recalled: “He wanted to know if there was a show going on that would be worth his while coming up for… for security reasons I could not give him the facts over the telephone, so I told him in substance that it was a pretty hot show and to come on up.”

Loading his jeep with weapons, Hemingway reached Luxembourg three days later and even managed to link up with his old regiment, the 22nd, but by this time icy weather, bad roads, and prolific alcohol consumption was proving too much. The regimental doctor examined Hemingway and found he had a severe head and chest cold, dosing him with a large quantity of sulfa drugs and ordering him to “stay quiet and out of trouble.”

Staying quiet was not something that came easily to Ernest Hemingway.

He immediately sought out his friend and drinking buddy, “Buck” Lanham, who was too busy commanding the regiment to give him much consideration. So Hemingway set himself up in Lanham’s command post, an abandoned priest’s house, and tried to shift his cold.

A rumor was circulating (possibly spread by Hemingway himself) that the priest had been a Nazi sympathizer, so the correspondent saw it as only reasonable to appropriate his wine cellar.

It took him three days to “recuperate,” clearing out the priest’s entire stock of sacramental wine. According to legend, Hemingway would delight himself by filling the empties with his own urine, corking the bottles, and labeling them “Schloss Hemingstein 44,” for the priest to discover when the war was over. One night, a drunken Hemingway accidentally opened a bottle of his own vintage and was not pleased with its quality.

On the morning of December 22nd, Hemingway was feeling ready for action. He watched the routing of Germans on snowy slopes near the village of Breidweiler, before taking a jeep tour of the regimental positions.

Christmas Eve came and with it an excuse for some heavy drinking. Hemingway managed to get himself invited to divisional headquarters for dinner. Turkey was washed down with a combination of scotch, gin, and some excellent brandy from the local area. Later, still somehow standing, he went to a champagne party in the wee small hours with men of the 70th Tank Battalion.

Martha Gellhorn (fellow war correspondent and Hemingway’s estranged wife) then showed up to cover the Battle of the Bulge.

A few days later, Hemingway left the front, never to return. In the end, despite his willingness to fight, he was left with a hatred for war:

“The only people who ever loved war for long were profiteers, generals, staff officers… [t]hey all had the best and finest times of their lives.”

There was some talk about him going to the Far East to cover the fighting against Japan, but this was not to be. Cuba beckoned, and with it a seriously needed rest.

And so, Ernest Hemingway’s World War II came to an end. Lasting a little over six months, America’s finest author had taken part in an astonishing amount of fighting, feasting, and drinking. What he had not done much of was writing. The six articles he sent back to Collier’s magazine were not considered his best. As he said later on, he was saving all his greatest material for a book.

In the end, Colliers was landed with a truly Herculean expense claim (the equivalent of 187,000 dollars in today’s money).

After all, someone had to foot the bill for all that booze. 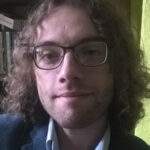 By Matthew DohertyMsc East Asian Relations, BA Asia Pacific StudiesMatthew is a writer, editor, and teacher, specializing in all things military history related. His work has been published in the UK Defence Journal and the Small Wars Journal. He holds an Msc from the University of Edinburgh and a BA from the University of Leeds. In his spare time, he also writes science fiction stories.