HomePhilosophy5 Facts About René Descartes You Should Know

5 Facts About René Descartes You Should Know

René Descartes laid the foundations of rationalism and inspired devoted followers such as Spinoza and Leibniz. This article details his life and some of his core beliefs in more detail. 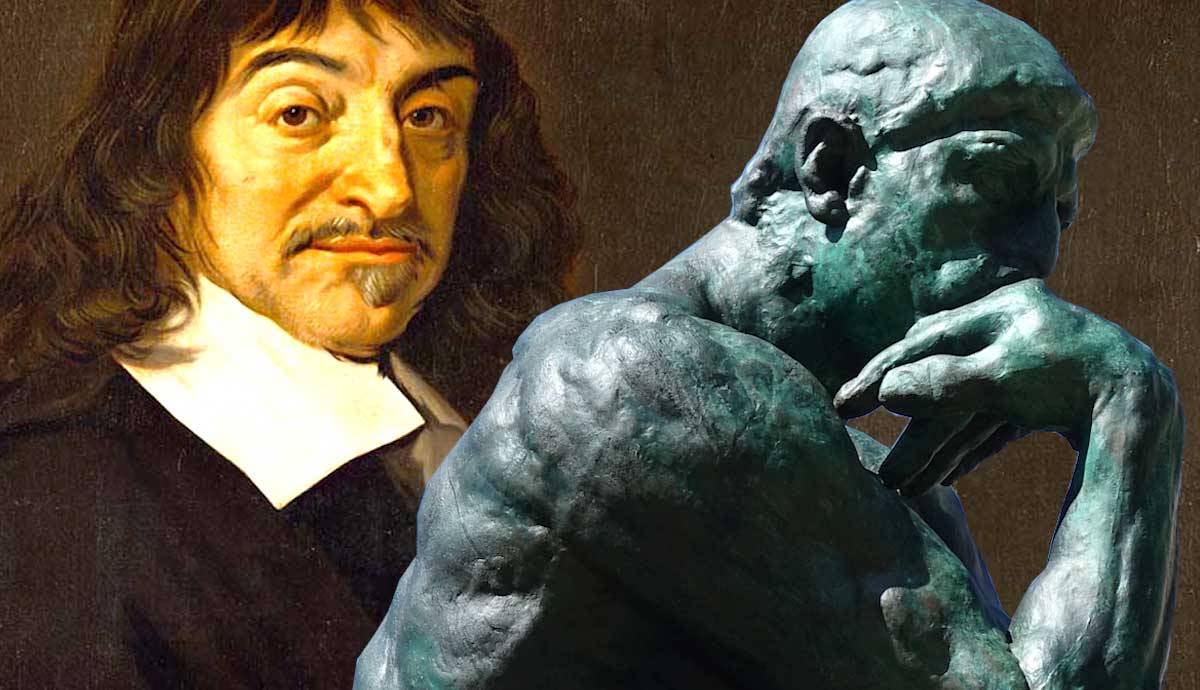 René Descartes is often referred to as the “Father of Modern Philosophy.” This is mainly due to the fact that he explicitly rejected the Scholastic-Aristotelian philosophy that had prevailed within European academia for centuries. In particular, Descartes criticized the way in which Scholastics relied on human sensation as the source of all knowledge. In this article we take a look at Rene Descartes, his life and some of his core beliefs in more detail. Keep reading to find out more about the “father of modern philosophy.”

Descartes was born on March 31st, 1596, in La Haye, France. His father Joachim was a lawyer and often spent time away from home at the Parliament of Brittany in Rennes. His mother Jeanne died when he was a teenager, meaning that Descartes spent a lot of time at home with his grandmother (also named Jeanne) and his two siblings (a brother Pierre and a sister also named Jeanne). The town of La Haye has since been renamed Descartes after its most famous resident.

The young Descartes attended a Jesuit college and received a typical middle-class education: Latin and Ancient Greece, Classical poetry, philosophy and mathematics. ‘Philosophy’ education in the early 1600s meant a particular focus on the work of Aristotle. However, it’s likely that Descartes would also have studied Plato and Stoicism too.

He sums up his education in his famous Discourse on Method (1637) by stating that when he left school: “I found myself beset by so many doubts and errors that I came to think I had gained nothing from my attempts to become educated but increasing recognition of my ignorance.” Academics have since claimed that Descartes framed his education in this way because he wanted to present himself as a philosopher who would finally bring certainty into a discipline plagued by doubt and uncertainty.

Unsurprisingly, Descartes’ father wanted his son to become a lawyer. The young René traveled to Poitiers and obtained a law degree in 1616, but never practiced law professionally. Instead, he became a soldier and joined the peacetime army of the Protestant Prince Maurice (despite being Catholic himself), who was stationed in and around the Dutch city of Breda.

2. Descartes Wrote the Discourse on Method

While in Breda, Descartes became friends with Isaac Beeckman, a Dutch mathematician and philosopher. The pair developed their own physics, which involved the theory that atoms were the basic constituents of all matter. Descartes also made some important discoveries in the field of mathematics, particularly analytic geometry. Despite leaving Breda in 1619 to continue fighting, Descartes soon experienced a series of dreams that seemed to tell him he needed to devote his time to reforming all knowledge (not an easy task!).

Descartes’ movements over the next few years are not very well documented. He spent time in Paris corresponding with philosophers and mathematicians and began writing a mathematical treatise that included more influential geometry which is still used in classrooms today. By 1628, Descartes abandoned work on this treatise and moved back to the Netherlands, where he began to seriously develop his philosophical beliefs.

He spent time writing texts including The World, which he ended up hiding from religious authorities after learning about the fate of Galileo Galilei. Descartes then published some extracts from one of his most famous texts, the Discourse on Method (1637).

The Discourse is widely considered to be one of the most important works in modern philosophy. Descartes purposely broke with tradition and wrote it in French, rather than Latin, so that more people would be able to read it and understand its ideas. In the book, he argues that everyone is capable of distinguishing truth from falsehood using reason. Three essays on the law of refraction, rainbows and analytic geometry then seek to support this argument.

As well as mathematics and science, Descartes also includes a discussion on morality in the Discourse. He lays out a kind of moral code that people should follow when they seek truth. This code involves respecting local customs and laws, making decisions based on the best possible evidence and always devoting one’s time to seeking truth.

After the Discourse first appeared in 1637, Descartes engaged with several challenges to his philosophy from well-known thinkers of the time. His personal life also became a lot busier. In 1635, Descartes had fathered a daughter, Francine, with his housekeeper Helena Jans. They all lived together intermittently over the next few years until Francine’s tragic death in 1640. Descartes later provided Helena with a dowry upon her marriage to another man in 1644.

3. Descartes Constructed a Metaphysics in Meditations on First Philosophy

Descartes went on to publish several more influential works. One of these was the Meditations on First Philosophy which first appeared in 1641. In the Meditations he seeks to answer several metaphysical questions, including: How do our minds know? What is the true nature of reality? Is there a benevolent God?

Descartes was confident that humans were perfectly able to acquire knowledge about the world. The problem was how humans were currently being taught to know. He used part of the Meditations to expound on his criticism of Scholastic-Aristotelianism, particularly in the First Meditation. Descartes criticizes the Scholastic idea that all knowledge arises from the senses. Instead, he argued that human intellect possessed the ability to perceive the true nature of reality. In order to do this properly, we have to “withdraw the mind from the senses” and instead follow Descartes’ process of philosophical doubt. He spends the rest of the Meditations detailing how this process works.

In particular, Descartes establishes that the only thing he cannot doubt is his own existence. Although he might be deceived about other things, he can only conclude that he does indeed exist, if nothing else. Since he concludes this via the act of thinking, he can also say with confidence that he is a thing that thinks.

4. Descartes Is the Author of “I Think, Therefore I Am”

Instead of relying on pre-existing dogmas, Descartes developed his famous method of doubt. He sought absolute truth about the world by casting aside any and every belief that raised even the slightest degree of doubt. This process helped Descartes to establish what some critics have referred to as an “epistemological ground zero” that would allow him to find a belief that lies beyond all doubt. This is where his famous philosophical dictum “Cogito, ergo sum” (I think, therefore I am) comes into play.

Descartes realized that the statement “I think” is the only statement that is impossible for him to doubt. He then used this premise to develop his epistemology, as well as his belief in the existence of God. His other core ideas include his distinction between the physical human body and the immaterial human mind (also known as Cartesian mind-body dualism), as well as his new scientific method. Descartes’ scientific framework was highly mechanistic and based on geometry, in opposition to Scholasticism and its preference for explaining the natural world through final causes.

As we’ve seen already, Descartes tried his best to avoid theological controversy. But despite his best efforts, he did occasionally cross words with theologians of various Christian denominations. One particular argument led Gisbert Voetius, rector of Utrecht University, to condemn Descartes’ philosophy in 1642. Voetius and some of his colleagues published attacks on Cartesian philosophy. Descartes then responded to this criticism with his Letter to Voetius in 1643.

Despite this controversy, Rene Descartes continued to work and publish treatises on various subjects. From the mid-1640s onwards Descartes focused on physiology in both humans and animals. During this time, he received a letter from Queen Christina of Sweden, inviting him to join her court. Descartes traveled to Sweden and composed the Statutes of the Swedish Royal Academy. Tragically, on the day he was due to deliver the Statutes, Descartes became ill and never recovered. He eventually died on February 11, 1650.

Since his death, Descartes has been studied extensively by philosophers and academics. He is lauded for his commitment to developing mathematical and scientific theories, as well as his influence on Enlightenment philosophy. One of the most controversial aspects of Descartes’ legacy became his religion. Despite his preference for avoiding religious conflict, scholars have since emphasized the various atheistic elements of his thought, particularly his indifference towards religion as a source of emotional comfort.

Descartes always promoted the power of human reason and believed strongly in our ability to understand the reality of the universe. He also denied the concept of original sin i.e. that human beings are all miserable, sinful beings. The Catholic Church later put many of his books on the Index of forbidden texts. Whatever his beliefs, there is little doubt that Descartes changed the face of philosophy, mathematics and science forever.