The shots that Gavrilo Princip fired on June 28th, 1914 started one of the bloodiest wars in human history to date. While fulfilling Otto von Bismarck’s famous prophecy that “the great European war will come out of some damned foolish thing in the Balkans,” the stage for the war was already set by the ever-growing rivalry between the great powers. The Sarajevo assassination was the pretext but not the root cause. Few know, however, that what enabled Gavrilo Princip to take the fatal shot was a logistical miscommunication.

There Was No Sandwich For Gavrilo Princip

You may have heard the story of Gavrilo Princip and the sandwich – a fable according to which Princip went to get a sandwich following the failure of the first conspirator to murder the Habsburg Archduke. As the story goes, just as he walked into Sarajevo’s famed Moritz Schiller’s Delicatessen for a snack, he saw the motorcade driving by, came out, and started shooting. This story has been repeated endlessly in media and has even made it to an episode of the famous thriller series Fargo.

The problem with this story is that, although captivating, it is simply not true. Princip did, in fact, murder Franz Ferdinand on the corner in front of Moritz Schiller’s Delicatessen, and the building has since been converted into the Museum of Sarajevo 1878–1918. However, he was not there to eat a sandwich. His whereabouts seem to have been more of a product of commotion following an unsuccessful assassination attempt. Nevertheless, his accidental placement on the corner across from Sarajevo’s famous Latin Bridge would prove to be decisive, and the real story is as exciting as the apocryphal one.

Who Were the Conspirators?

Gavrilo Princip was a Bosnian Serb by origin and a member of a terrorist organization called Young Bosnia, whose goal was the unification of South Slavs and the liberation of Bosnia and Herzegovina from the Austro-Hungarian occupation. Previously controlled by the Ottoman Empire, Bosnia had been under Habsburg rule since 1878, when the Congress of Berlin confirmed its control over the region in the aftermath of the Russo-Turkish War of 1877–78. In 1908, Austria-Hungary formally annexed Bosnia, nearly prompting a war with Serbia. A young Balkan state inspired by ideas of 19th-century nationalism, Serbia had sought to expand its holdings onto territories populated not only by ethnic Serbs but by all other South Slavs, primarily Croats and Bosnian Muslims. The distinction between pan-Serbianism and Yugoslavism was unclear to many and often considered synonymous, at least by the Serbs, if not the Croats and Bosnians.

Young Bosnia was part of a broader Eastern European trend of the day, where the radicalized youth began forming organizations that were simultaneously left-wing and nationalist. They were aimed against the existing feudal order in Europe and wanted to accomplish both social and national liberation. One Croatian participant in these movements who, like most of them, eventually became a communist, later described these groups as “half national revolutionary and half anarchist in character.”

Aside from the Croat national revolutionaries and Young Bosnia, a prominent example was the Internal Macedonian Revolutionary Organization (IMRO), closely connected to the Bulgarian Marxists and significant in the process of Macedonian nation-building. All of these conspiratorial organizations would go on to play an important role in twentieth-century politics in the Balkans.

However, perhaps the most mysterious of all was the ominously named Black Hand, which sought South Slav unity but was closely tied to the Serbian government. Its connections to Young Bosnia and the assassination of Franz Ferdinand are still hotly debated by historians. This is because the question of their (non-)involvement also concerns the burden of “war guilt” and whether it lay on the Entente or the Central Powers. However, even among the fiercely nationalist members of the Black Hand, many became communists after the World War had ended and thus also sworn enemies of the Serb-led regime of the newly-unified South Slavic state, known as the Kingdom of Serbs, Croats, and Slovenes.

Whether armed by Belgrade or acting on their own, the Young Bosnia conspirators’ actions provided the reason for European powers, already at each other’s throats, to plunge the entire world into war. However, the endeavor of the Young Bosnians did not go as smoothly as they had hoped.

The first assassination attempt was rather anticlimactic, and not just because of the failure to murder the archduke. The young man supposed to commit the murder was Nedeljko Čabrinović, a comrade of Princip’s. As the procession carrying Franz Ferdinand and his wife, Sophie Chotek, went through Sarajevo, two men armed with a bomb failed to act, deciding that the moment was not yet right. Only the third one, Čabrinović, walked up and threw a bomb at the vehicle. The bomb, however, was timed to ten seconds, bounced off the back of the car, and blew up the next car behind the Archduke and his wife. No one was killed, although about two dozen people were injured.

After the unsuccessful attempt, the would-be assassin took a cyanide pill and jumped into the river. Two factors thwarted his suicide attempt: he vomited the cyanide, and the water was knee-deep. Undeterred by his failed attempt at a melodramatic demise, Čabrinović shouted at the cops: “I am a Serbian hero!” and was promptly taken into custody.

Three more Young Bosnians failed to make their own attempt at the life of Franz Ferdinand afterward, as the car now rushed past them. One of those people was Gavrilo Princip. It appeared to the young terrorists that their plans had been completely thwarted. The Archduke, his wife, and the Governor of Bosnia, Oskar Potiorek, all agreed to proceed with the visit as planned.

Just to be on the safe side, Potiorek suggested a slight change of route. The winding and narrow Medieval streets of Sarajevo were a security risk even on a good day, and the city was swarmed with masses who came to see the Habsburg heir apparent. There was only one flaw of this new planned route: nobody had remembered to inform the driver.

The motorcade was supposed to continue going along the river, where the street was significantly broader and where it was easier to protect the Archduke in the case of a new sudden attack. However, upon reaching the city’s famous Latin Bridge, the driver turned right into the old town. Potiorek shouted at the driver, telling him that he was going the wrong way. As the driver tried to put the car in reverse, the engine jammed.

Gavrilo Princip probably could not believe his eyes. The Archduke and his wife were right in front of him, stuck on the corner by Schiller’s Delicatessen. Several of his comrades had missed their opportunities, and he did too. Yet this moment was perfect – so perfect that, if you read about it in a novel or saw it in a movie, you would shrug it off as a sloppy deus ex machina of a lazy author. Nonetheless, all of the bizarre factors aligned in the most unlikely way possible, and Princip took out his pistol. He fired just two shots, one at Ferdinand and one at Potiorek. As he fired the second shot, a bystander grabbed his arm. He thus missed the Governor and hit the Archduchess instead. She died almost instantly. Her husband was dead within half an hour.

Princip also tried to shoot himself but was rapidly apprehended. While the global geopolitical events that followed are generally well-known, his subsequent trial and sentencing were no less dramatic than the macro-level politics surrounding it. The public was eager to know about the inner life of the murderer, and Princip was more than happy to oblige – assassins and radicals of all affiliations gladly used the courthouse as a platform for propagating their ideas. He wanted to show that he was no terrorist but a freedom fighter resisting the oppression of the Habsburg dynasty.

During the course of the trial, the public found out that Princip was an atheist and that, ethnically, he considered himself a “Serbo-Croat.” This is particularly fascinating in light of his post-mortem identification with Serbian nationalism and rejection by non-Serb South Slav peoples. This is why he was referred to in this article as a “Bosnian Serb by origin.” While his family was ethnically Serbian, Princip did not consider himself as only a Serb. His ethnic identity was a political statement about South Slav unity.

Well-read and intelligent, Princip showed the prosecutors his familiarity with everything from the anarchist writings of Mikhail Bakunin to the philosophy of Friedrich Nietzsche. Meanwhile, Young Bosnia’s ideologue, Vladimir Gaćinović, was in Switzerland, where he fraternized with the future leader of the Bolshevik Revolution, Leon Trotsky, and Anatoly Lunacharsky, the subsequent Bolshevik minister of culture and education. The latter played an important role in patronizing the avant-garde art of the Russian Revolution. One could sense an impending birth of a new order, and everyone from nationalists to Marxists wanted to abolish the present state of affairs. The crowned heads of Europe were clearly losing their grip, their elimination being not just physical but foremost political.

However, what drew the most attention of the judges and the jury was a fact that may have seemed inconsequential compared to Princip’s radical beliefs. Was the young assassin born on June or July 13th, 1894? As the assassination took place on June 28th, this question was of fundamental importance for the trial. According to Austro-Hungarian law, a person under the age of twenty was a minor, and minors could not be sentenced to death. If Princip had his birthday fifteen days before the assassination, he could be executed for the murder.

The birth registers from Princip’s village did not help, as the priest wrote that he was born on July 13th, but the civil registry listed June 13th as his birthday. In the end, the court chose to believe Princip’s claim that he was underaged at the time of the assassination and gave him the maximum penalty of twenty years in prison. As if they wanted him dead anyway, the Austro-Hungarian authorities confined him under harsh conditions, so Princip fell ill with tuberculosis and died in April 1918, less than seven months before the armistice.

The shots fired by Gavrilo Princip started a bloody world war, whose harsh peace conditions brought about an even bloodier conflict just two decades later. Given the savage bloodshed that ensued, the circumstances surrounding the assassination of Archduke Franz Ferdinand are largely forgotten. Yet, they represent a chain of events worthy of a dramatic Hollywood film that certainly deserves further attention from researchers and enthusiasts alike. Next time you want to entertain somebody with nerdy history trivia, remember that Franz Ferdinand was not killed because of a sandwich but because of a wrong turn – and how unlikely was the success of this impromptu terrorist act. 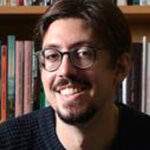 By Stefan GuzvicaMA Comparative History, BA Humanities, Society, and CultureStefan is a PhD student in history at the University of Regensburg, Germany. He is a researcher of communism and is currently finishing his dissertation on the Balkan communist parties in the interwar period. Aside from the history of communism, he is passionate about architecture and the avant-garde art of the 1920s. Stefan previously completed his MA at Central European University, Budapest, and his BA at the Anglo-American University in Prague. He is the author of Before Tito, a book on Yugoslav communism in the time of Stalin’s Terror.