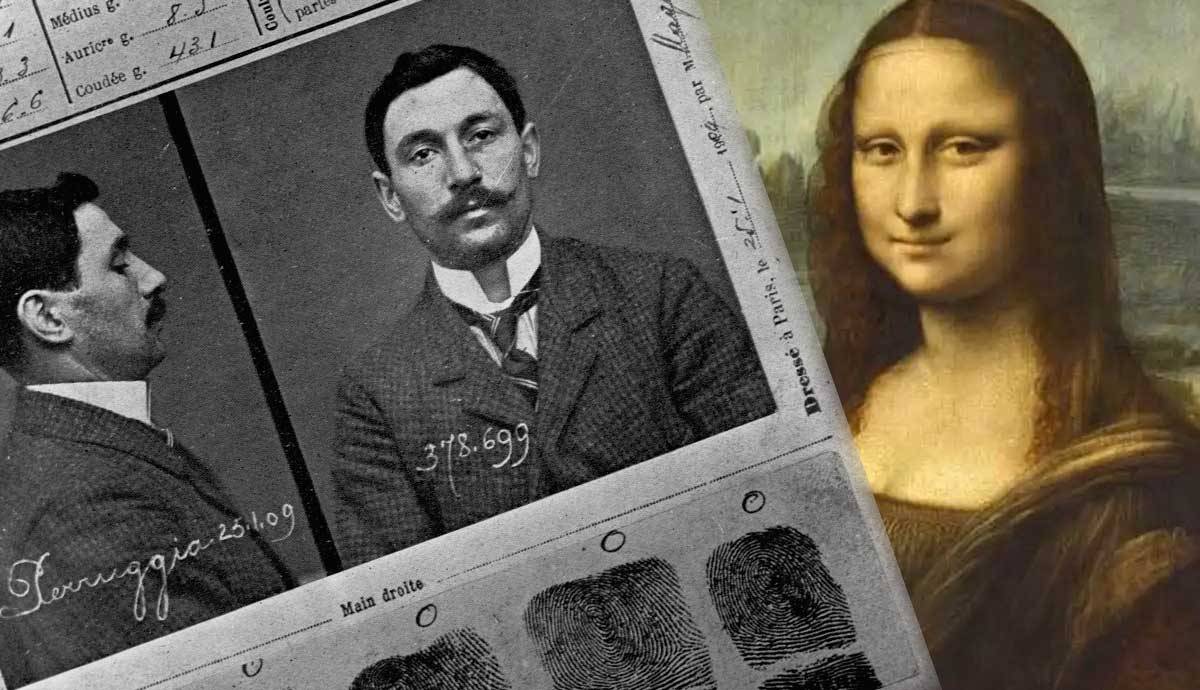 On the 21st of August 1911, a man named Vincenzo Peruggia committed an infamous art crime that made history. He stole what is now the most famous painting in the world, Leonardo da Vinci’s Mona Lisa, 1503, from the Louvre in Paris. The art theft caused a media sensation, and it took police a full two years before they caught up with the real culprit. At one point, they even arrested the writer Guillaume Apollinaire and his friend Pablo Picasso, believing they had masterminded the art heist. But who was Vincenzo Peruggia, how did he steal this famous masterpiece, and did he get away with it?

1. Vincenzo Peruggia Worked at the Louvre

Vincenzo Peruggia was an Italian petty criminal who had moved to Paris in 1908. From there he took on a job as a handyman at the Louvre, installing protective glass cases onto paintings. This job gave him first-hand access to the world-famous paintings that hung on the gallery walls, and an understanding of how artworks were kept safe from criminals like himself. In his Louvre uniform – a white smock – Vincenzo Peruggia could walk freely throughout the gallery after opening hours, and it was this unfiltered access to the gallery that allowed him to steal the painting.

2. Security at the Louvre Was Low

In contrast with today’s high-tech security systems and CCTV, there was little in place during the early 20th century to stop criminals from taking priceless works of art off the walls, or even out of glass cabinets. Another man named Joseph Gery Pieret had already proved this by pocketing small, ancient artefacts unseen from the museum’s displays and selling them to his friends, a blatant act of theft that would be virtually impossible today.

Peruggia masterminded the art heist, but he had help. Two brothers, named Vincenzo and Michele Lancelotti aided Vincezo with the theft. Together they hid in a security closet, waiting for the gallery to close. After dark, they quickly set to work, lifting the artwork off the wall, removing its glass case and frame, and wrapping it up in a blanket. When the gallery opened, they smuggled it out of the building unseen. Amazingly, no one even noticed the Mona Lisa was missing, until a gallery visitor who had come to see it was faced with an empty wall, and ran off to tell security.

4. He Hid the Painting in a False-Bottom Trunk

Peruggia and his henchmen shamelessly carried the painting out of the Louvre and back to his Parisian apartment. Initially he had hoped he could sell the artwork to a wealthy collector. But when news of the painting’s theft hit the worldwide media, and police began offering a large reward for its return, he realized this might prove more difficult than expected. So, he kept the painting stored in a false-bottom trunk while he worked out what to do next.

5. Vincenzo Peruggia Tried to Sell the Mona Lisa to a Dealer in Florence

Two years later, Peruggia decided to have a go at selling the painting to an art dealer in Florence called Alfred Geri, under the false name of Leonardo Vincenzo. Understandably, Geri was immediately suspicious, so he asked the head of an Italian art gallery to join him in the meeting with Peruggia. After confirming the painting’s authenticity, the two Italian art experts pretended to go along with Perugia’s sale, while secretly calling the police. From there, the painting made its way back to the Louvre, where it still hangs today. Meanwhile, the police caught up with Peruggia, who claimed he only stole the painting so he could return it to its birthplace in Italy. Amazingly, Peruggia’s shady criminal activities helped make the Mona Lisa famous around the world.

10 Art Heists That Are Better Than Fiction