How Does Gerhard Richter Make His Abstract Paintings?

Gerhard Richter has been making his visually and conceptually arresting abstract paintings since the 1970s. Here's how he does it. 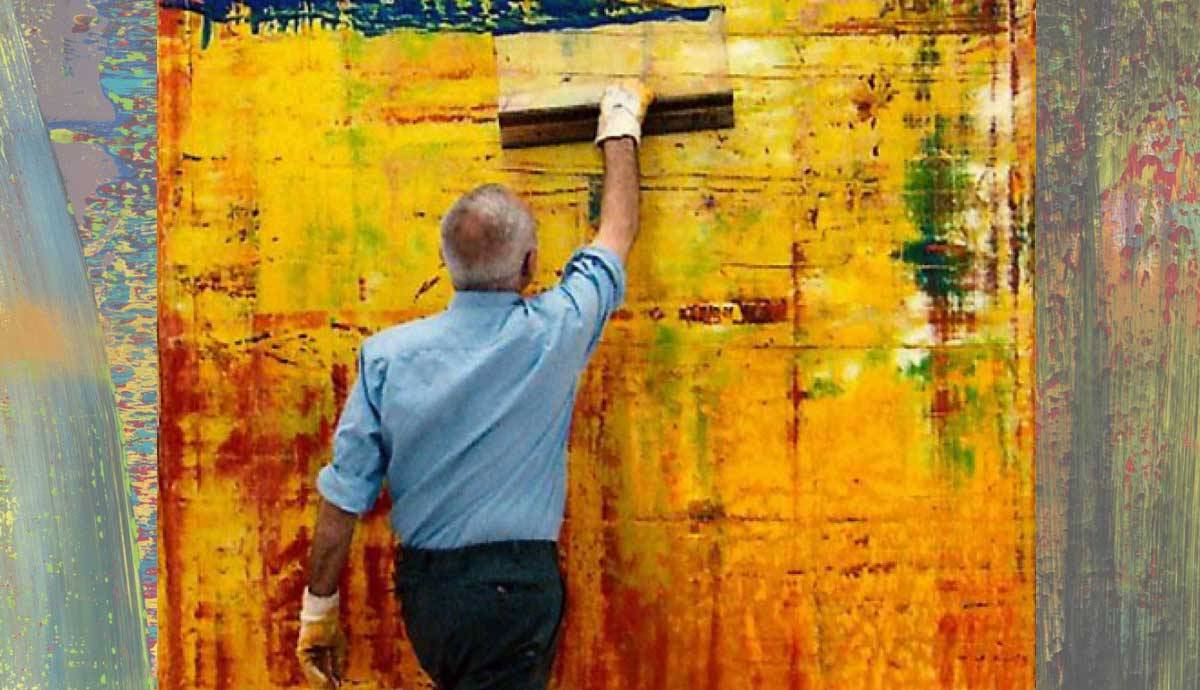 German visual artist Gerhard Richter has had a long and monumentally successful career that has spanned more than five decades. So much so, the British Guardian Newspaper called him a “Picasso of the 20th century.” Throughout his long and varied life, he has explored the tricky, complicated relationship between photography and painting, and how these two distinct disciplines can overlap and inform one another in both conceptual and formalist ways. Of all the styles Richter has worked with, abstraction has been a recurring theme. He has been producing a vast body of monumental abstract paintings since the 1970s, integrating aspects of photographic blurring and light with impasto passages of paint. We examine the techniques Richter has used to create these masterful paintings, which are considered among the most important and highly prized artworks of the contemporary era.

Richter Builds Up Many Layers of Oil Paint

In the first stage of making his abstract paintings, Richter creates elements of detailed underpainting in wet oil paint which will later be completely obscured with many layers of randomly applied color. He works with a variety of tools including sponges, wood, and strips of plastic to apply the color. But since the 1980s he has been predominantly making his abstract paintings with a giant extended squeegee (a long strip of flexible Perspex with a wooden handle), which allows him to spread the paint across huge supports in thin, even layers with no lumps or bumps.

In some works of art Richter applies paint along the squeegee and spreads it along the underpainting, and other times he will work with a dry squeegee to spread paint already on the canvas. He often tracks the squeegee in a horizontal direction, making the final image resemble a shimmering landscape. As we see in certain artworks, he also plays with how the squeegee can create wavy lines or uneven, rippling effects, like movement across water. Richter applies this paint to various supports, including canvas and the smoother ‘alu dibond’, made from two sheets of aluminum sandwiched between a polyurethane core.

The squeegee is an important part of Richter’s process because it allows him to create surprisingly mechanical looking effects in the final image. It is telling how much his way of working resembles the detached act of screen printing, in which ink is pushed through a screen in even layers. This act contrasts Richter’s practice with the gestural Abstract Expressionists of his generation and earlier, by removing the individual, stylistic traces of his hand.

In his early career Richter developed an innovative photoreal style which involved blurring the final image so it appeared obscure and indistinct, giving it a ghostly, haunting quality. In his abstract paintings the process of blending with a squeegee creates similar blurred effects, and passages of white or pale colors remarkably lend his canvases a glistening, photographic quality.

Richter blends, smears and scrapes the many layers of paint on his abstract paintings with the squeegee and various other tools, resulting in surprising and unexpected results. In doing so, Richter introduces elements of spontaneity and expression to his otherwise mechanical, photographic looking images. He says, “With a brush you have control. The paint goes on the brush and you make the mark… with the squeegee you lose control.”

Ultimately, Richter is concerned with letting the final image take on its own identity beyond what he can dream up. He says, “I want to end up with a picture that I haven’t planned. This method of arbitrary choice, chance, inspiration and destruction many produce a specific type of picture, but it never produces a predetermined picture… I just want to get something more interesting out of it than those things I can think out for myself.”

Which Are the Best Examples of Abstract Art?