HomeAnswersHow Many Museums Are in the Smithsonian Institution? 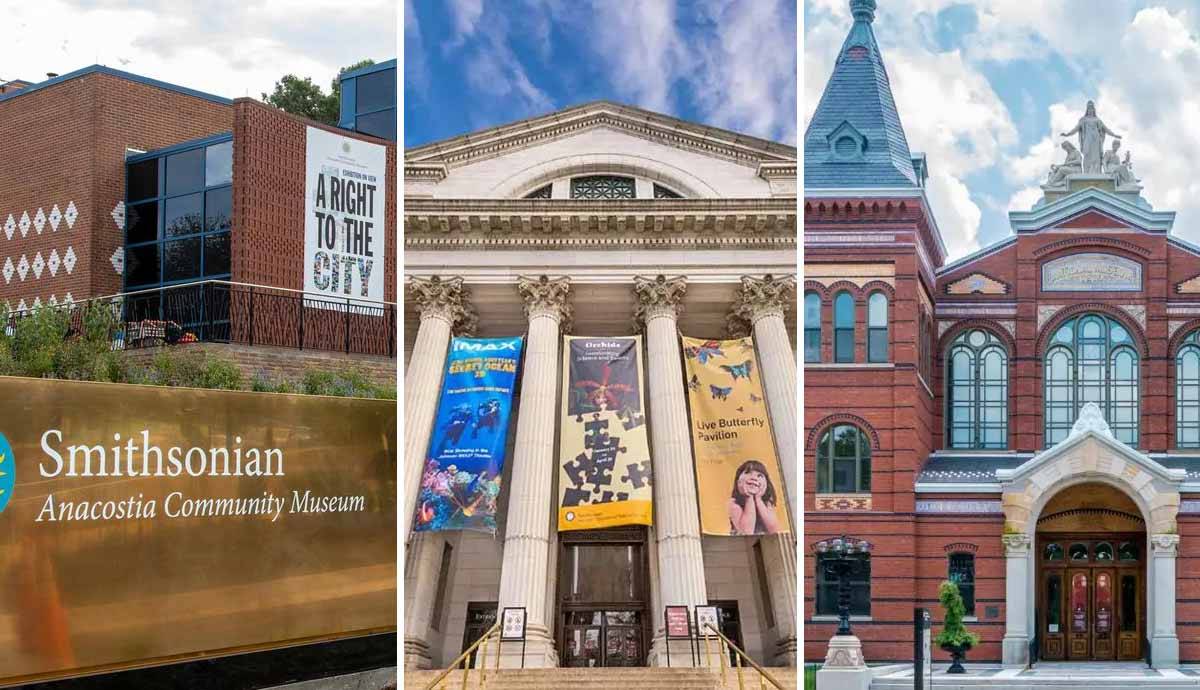 The Smithsonian Institution is a world-leading collective of museums, educational facilities and research centers spread across the United States. Over time, its facilities have continued to expand, and today the Smithsonian is the largest museum and research complex on the planet, with 21 different museums and galleries, a zoo, and 9 separate, specialist research facilities dedicated to fields across history, the arts and science. Even more incredibly, they are all free for the public to visit and enjoy. We look in more depth at the many museums run by the Smithsonian Institution, and where to find them.

The Smithsonian Institution Has 21 Museums and Galleries

The Smithsonian Institution runs a total of 21 different museum and gallery spaces in various locations, although the majority are in Washington D.C. The National Mall in Washington is the largest gallery and museum complex owned by the Smithsonian, housing an impressive arena of 13 different exhibition spaces. Separate from these, there are also 6 further museums across Washington. Then there are 2 in New York, and another 1 in Chantilly, Virginia. Here’s our breakdown list below in more detail.

Along with these Museums, plans are underway for a further two museums located in or near the National Mall: The National Museum of the American Latino, and the Smithsonian American Women’s History Museum.

The two museum spaces in New York city run by the Smithsonian Institution are: the National Museum of the American Indian (also known as the George Gustav Heye Centre), which celebrates the history of indigenous native Americans, and the Cooper Hewitt, Smithsonian Design Museum, devoted entirely to the history of decorative, functional objects including pottery, costume, furniture, woodwork, metalwork, graphic design, automobiles, and much more.

The Smithsonian Museum in Chantilly, Virginia is the National Air and Space Museum, also known as the Steven F. Udvar-Hazy Centre, or simply the Udvar-Hazy Centre. The site was completed in 2010, and acts as a companion gallery to the Washington D.C. National Air and Space Museum, which was not large enough to house the Smithsonian’s impressively large collection of artefacts and paraphernalia related to aviation and space flight. The display in Chantilly includes the Space Shuttle Discovery, the Boeing 367-80 aircraft prototype, and the deeply controversial American bomber jet, the Enola Gay.

There Are 200 Smithsonian Museum Affiliates

Along with its 21 museum and gallery spaces in Washington, New York and Virginia, the Smithsonian Institution has forged close connections with more than 200 different museums across the entirety of the United States and South America. Known as Smithsonian Affiliates, these museums frequently borrow items, artefacts and artworks from the Smithsonian’s vast archive, often on long term loan. This means the incredible depth of the Smithsonian’s collection can be shared to a wide and varied audience.

The Explosion of Culture and Arts During the Harlem Renaissance