HomeAnswersWhat Are the Top 8 Most Visited Museums in the World? 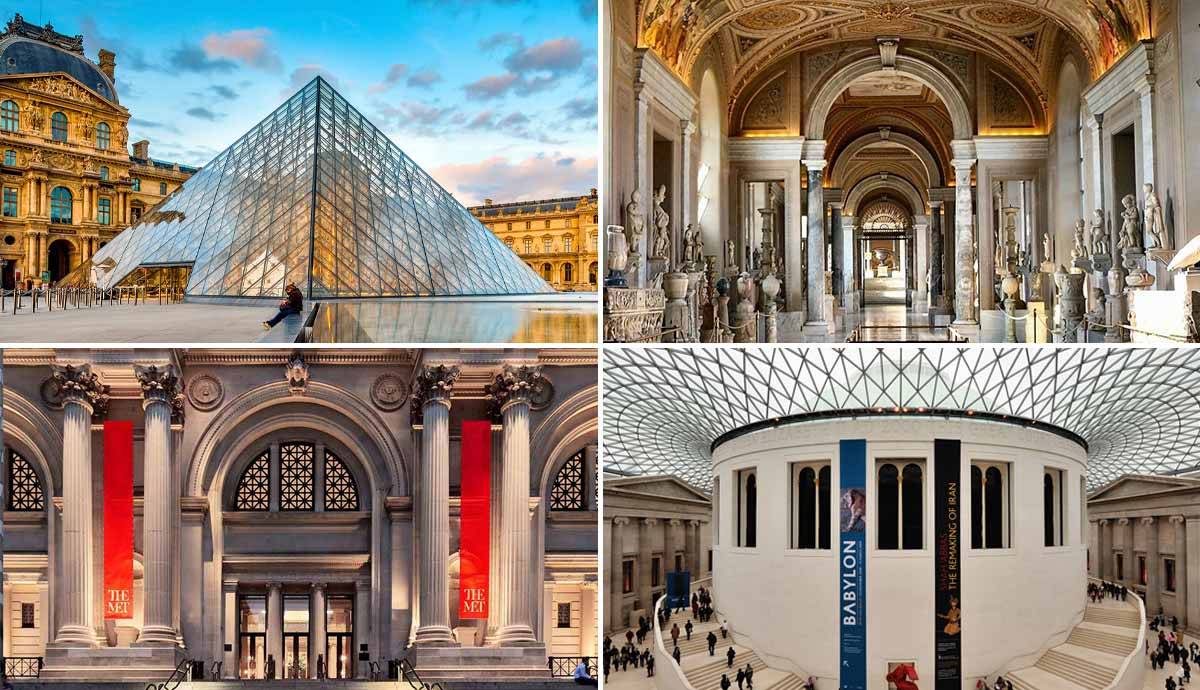 Museums hold special significance in today’s society, unlocking fascinating secrets about the past, and dazzling us with awe-inspiring art and information. Major museums dedicated to art, ancient history, science, nature and technology exist in major cities across the world, and many of them attract millions of visitors every year. But of all the museums around the world, which ones are the most popular and visited, and why? Let’s look into some of the museums from across the globe with the highest-ranking visitor numbers and delve into just some of the reasons why they are so loved among international audiences today.

Situated in the center of Paris, the Louvre must surely be one of the most famous museums in the world. Visitor numbers are impressively high, reaching a high of around 9.6 million museum goers every year. It is home to a vast and wide-ranging art collection, spanning ancient times all the way to modernism and beyond. Highlights of the Louvre include Leonardo da Vinci’s Mona Lisa, 1503, Eugene Delacroix’s Liberty Leading the People, 1830, and the ancient Greek sculpture Venus de Milo.

New York’s Museum of Modern Art (MoMA) attracts around 7 million people each year. This makes it one of the most visited museums on the world. MoMA houses some of the finest examples modern art, all spread out across the gallery’s six floors. If you are short on time, experts recommend making a beeline for Vincent van Gogh’s The Starry Night, 1889, Jackson Pollock’s One, Number 31, 1950, or Henri Rousseau’s Sleeping Gypsy, 1897.

The Metropolitan Museum holds a vast bank of treasures that span 6,000 years. These include Ancient Egyptian mummies, Greek and Roman sculptures, East Asian artefacts and Renaissance masterpieces. Perhaps this is why nearly 3 million visitors cross its doors every year. Must-see highlights include an extensive collection of Vermeer paintings, as well as a reconstruction of the Egyptian temple of Dendur.

The Vatican Museum in Rome is home to the art that the Catholic Church collected during its most prominent centuries of power. An incredible 6.88 million tourists trek to the Vatican Museum every year, feasting on its impressive array of world-renowned art. Some of the finest must-see attractions at the Vatican Museum are Michelangelo’s Sistine Chapel frescoes, and the Four Raphael Rooms, but expect it to be pretty crowded along the way!

Located in Hangzhou, China, the Zhejiang Museum showcases thousands of artefacts related to the rich cultural history of the Zhejiang province. This includes examples of pottery, armor and clothing from various ruling Chinese dynasties, offering a tantalizing glimpse into the past for the budding historian. For this reason, it remains one of today’s most visited museums worldwide, attracting up to 4 million people a year.

Around 4.2 million gallery-goers make their way to the Smithsonian Museum of Natural History in Washington D.C. And no wonder, since their vast archive includes an incredible 126 million different specimens that track the origin of animal species. Among their collection are the remains of insects, sea-creatures, and even dinosaur bones. The museum also plays a vital role in preserving our natural heritage and sharing its resources with the world.

At the British Museum in London, you will find historical artefacts from all over the world. Some of their artefacts have a complicated backstory, having been plundered during the British Empire’s Colonial campaigns. Among priceless treasures here are Egyptian mummies, carved sculptural reliefs from ancient Greece, golden treasure from Persia, and Japanese Samurai armor from the 16th to the 18th centuries. Visitor numbers here average at an impressive 6.8 million per year.

The National Palace Museum in Taipei, Taiwan, attracts more than 3.83 million visitors every year. This makes it one of the most visited museums globally. Many visitors flock from far and wide to see the Museum’s incredible cultural treasures, which span around 8,000 years of Chinese history. The museum holds nearly 700,000 treasures which date from the Song, Yuan, Ming and Qing imperial collections.