HomeAnswersWho Is Henri Rousseau? (6 Facts About the Modern Painter)

Who Is Henri Rousseau? (6 Facts About the Modern Painter) 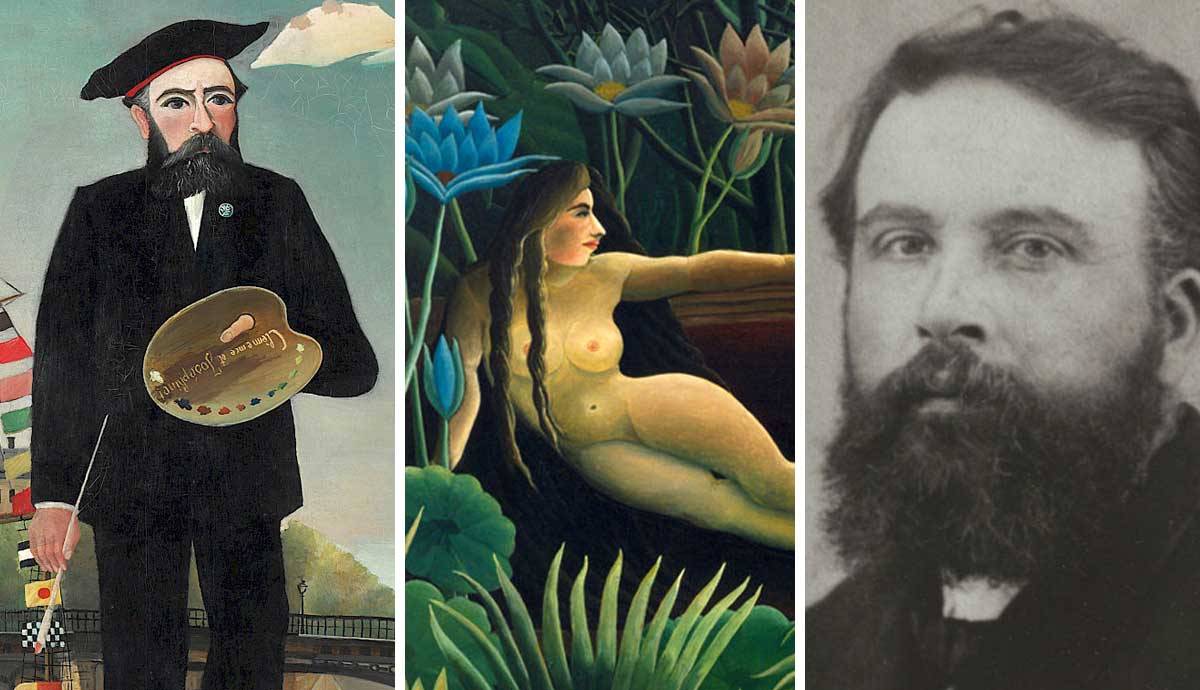 Henri Rousseau was one of the most eccentric artists of the early 20th century. As a leading Post-Impressionist, he produced fantastical scenes of magical wonder in a child-like, naïve style. He is best-known for his abundant jungle scenes that were teeming with abundant plants and wildlife, even though he had never once set foot in a jungle. Henri Rousseau socialized with the leading artists and critics of the day, befriending Pablo Picasso and Guillaume Apollinaire, yet he struggled to be taken seriously during his lifetime. We examine some of the most intriguing facts about this underrated artist, who pioneered the naïve strand of Post-Impressionism.

1. Before Becoming an Artist, Henri Rousseau Was a Customs Officer

As a young adult, Henri Rousseau worked as a toll and tax collector, a role he continued for several decades. Later, this led his fellow artists to endearingly call him Le Douanier (the Customs Officer). Rousseau also tried to become a professional saxophone player, before finally taking up painting at the age of 40. It wasn’t until he was 49 that Rousseau was able to quit work to focus exclusively on making art.

Henri Rousseau was entirely self-taught, and this lack of formal academic training led him to paint in a naïve, child-like style, with flattened colors and simplified forms. Rousseau was often derided by the press for his simplistic style, and one particularly scathing journalist wrote, “Monsieur paints with his feet with his eyes closed.” Yet it was precisely this deliberately anti-academic stance that caught the attention of the Parisian avant-garde, who embraced Rousseau into their circles.

One of Henri Rousseau’s greatest admirers was the young Pablo Picasso. The pair shared a mutual disregard for the constraints of the Parisian Salon, and a desire to make art which was playful, expressive and deconstructed, rather than realistic. During one social event together, Rousseau declared to Picasso, “We are the two greatest painters of the era, you in the Egyptian genre, I in the modern genre.”

The art critic, writer and poet Guillaume Apollinaire was another avid admirer of Henri Rousseau’s art. Apollinaire wrote pages and pages of descriptive text in homage to Rousseau, and the pair struck up a strong friendship. In return, Rousseau made a portrait of Apollinaire and Marie Laurencin, titled The Poet and His Muse, 1908-9. Following Rousseau’s untimely death, the sculptor Constantin Brancusi carved an epitaph poem written by Apollinaire on his tombstone, which imitated Apollinaire’s handwriting.

5. He Never Visited a Real Jungle

While Henri Rousseau is widely recognized today for his fantastical jungle scenes, he never visited a real jungle, living most of his life in and around Paris. Instead, Rousseau’s famous jungle scenes seen in paintings such as Surprised!, 1891 and Tropical Forest with Monkeys, 1910 are entirely fictional. Rousseau did, however, take inspiration for his jungles from a variety of sources, including the Jardin des Plantes in Paris, the Museum of Natural History, and the Parisian Zoo, along with looking at children’s book illustrations. Contemporary art critic Adrian Searle writes, “almost everything about [Rousseau’s paintings] is a fanciful concoction [with] plants and trees that barely belong in the same hemispheres.”

Henri Rousseau’s most popular and celebrated painting is titled The Dream, 1910. He completed this work in the same year of his death following surgery on a gangrenous leg. Rousseau merged a series of unlikely sources, combining a reclining nude in the foreground with a lush, fertile garden in the background. As the woman looks out from the comfort of her sofa into the wilderness beyond, it is as if she is escaping into the world of her own dreams, while simultaneously reflecting the early 20th century fascination with the ‘exotic’. This surreal fusion of fantasy and eroticism came to influence several art styles to follow, including French Surrealism and Magical Realism.