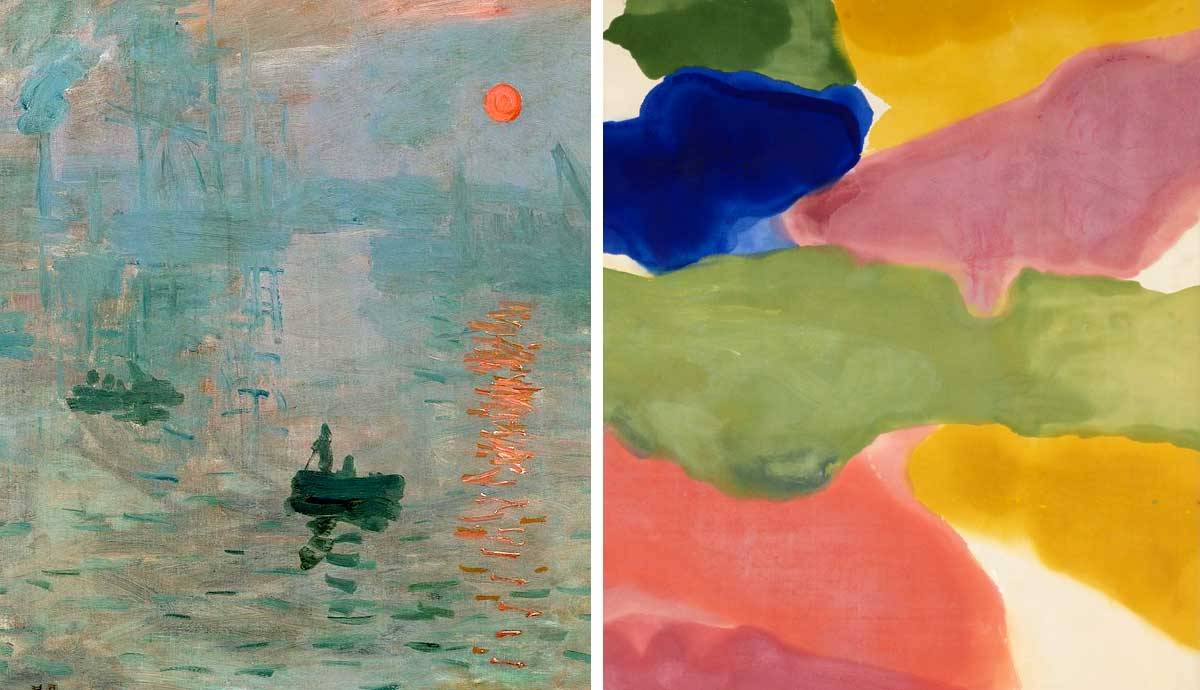 Avant-garde art is a term that we often see thrown around in discussions about art. But what does it actually mean? The term comes from a French military phrase, referencing the vanguard of the army. Much like leaders of an army, avant-garde artists have forged a way ahead into unchartered territory, breaking the rules and disrupting the establishments along the way. The term avant-garde is usually adopted to describe the innovative artworks of the modernist era, roughly from the mid-19th to the mid-20th century. However, it is not entirely unheard of to see the term used to describe art of today. But critics always associate the term avant-garde with ground-breaking innovation. Let’s look closer at the history and progression of the term.

The Avant Garde: Art with a Socialist Cause

The term avant-garde is generally attributed to the French social theorist Henri de Saint-Simon in the early 19th century. For Saint-Simon, avant-garde art was that which had a strong moral code and supported social progress, or as he put it “exercising a positive power over society.” Following the French Revolution, various artists emerged whose art became associated with avant-garde ideals. The most prominent was the French Realist painter Gustave Courbet, whose art acted as a voice for the people, illustrating scenes of revolt and riot, or the plight of ordinary working people. Courbet also used his art to rebel against the stuffy traditionalism and whimsical escapism of the art establishment, (particularly the Parisian Salon) thus giving birth to the modern idea of avant-garde as a rebellious form of raw expression. Contemporaries of Corbet exploring similar ideals were French artists Honore Daumier and Jean-Francois Millet.

Avant-Garde Art: Breaking with the Establishment

Following on Courbet’s powerful example, the French Impressionists took a revolutionary stance to making art. The Impressionists rejected the formalism of the past, and they painted in a daring and innovative new way. Despite harsh criticisms, the group forged on, thus leading to the advent of modern art. Another radical aspect of the French Impressionist style that came to typify avant-garde art was their foundation of group societies and independent exhibition spaces, thus taking the display of their art into their own hands. From this period onwards, it was no longer up to the large establishments like the Salon to decide who was in or out – artists could promote their own ideas themselves.

Avant-Garde Art in the 20th Century

In an art historical context, the term avant-garde is most commonly applied to the modernist European art of the early 20th century. It was during this time that artists made a clean break with the past, creating an incredible variety of different art styles. These included Cubism, Fauvism, Expressionism, Rayonism, Surrealism, Dadaism, and more. Some of the most famous artists of all time emerged during this productive period in art history, including Pablo Picasso, Henri Matisse, and Salvador Dali. While styles and approaches were incredibly diverse, the emphasis on innovation, experimentation and an exploration of the new was what made all these artists fit into the category of avant-garde art.

The renowned American modernist art critic Clement Greenberg did much to popularize the use of the term avant-garde art in the 1930s and 1940s. His iconic essay Avant-garde and Kitsch, 1939, Greenberg argued that avant-garde art was primarily about making “art for art’s sake,” or art which rejected realism and representation for an increasing language of pure, autonomous abstraction. The artists he came to associate with avant-garde ideals included Jackson Pollock and Helen Frankenthaler.