HomeAnswersWho Is the Most Famous French Painter of All Time?

Who Is the Most Famous French Painter of All Time? 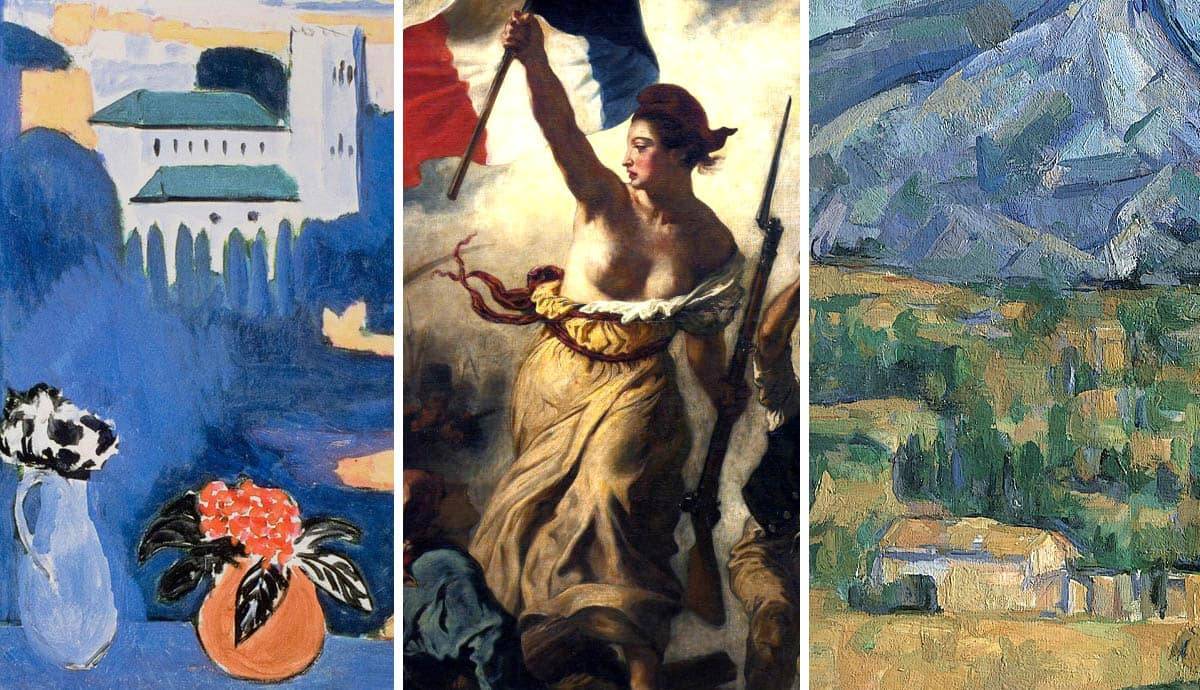 Throughout the history of art, France has been a cultural hub of creativity, producing some of the most important and iconic artworks of all time. Flick through the pages of any art anthology and you will likely find pages dedicated to the revolutionary, pioneering art of France. French painting is particularly revered in art history, from the Romanticists to the Realists and the Impressionists. But of all the artists to emerge out of France, who is the most famous French painter? It’s impossible to say for sure, but let’s take a look at some of the best known, who have become household names for many.

Of all the incredible painters to emerge out of France, Claude Monet must surely be one of the most celebrated and best-known. Leader in the late 19th century school of French Impressionism, his paintings are world-renowned for their feathery, dappled brushstrokes which captured the essence of fleeting moments out in the open air of the French landscape. Monet’s most famous paintings must surely be the series of water lilies he painted at Giverny in the final years of his life. With their monumental scale and almost abstract renditions of light playing across the surface of water, they paved the way for modernism and abstract art that followed.

Post-Impressionist painter Paul Cezanne is so famous today he is often referred to as the “Father of Modern Art.” His daring paintings broke with artistic convention, capturing the world around him as a series of faceted forms seen from multiple viewpoints, painted in broad, flat brushstrokes. Moving away from the dappled brushwork of Impressionism, his Post-Impressionist approach at the end of the 19th century was more angular and structured, and it was this approach that became the springboard for many avant-garde art movements, including Cubism, Futurism and Rayonism.

Rising to prominence in the early 20th century, French painter Henri Matisse has made some of the most iconic and best-loved artworks in the world. He first made his name as a Fauvist, painting with searingly bright colors and expressive paint. He later became the king of pattern, interlacing his love of textiles from around the world into his art, and proving that the worlds of art and design weren’t so separate after all. Among his most celebrated paintings are his Dance series, and his Moroccan window views which veer close to pure abstraction.

French painter Eugene Delacroix was a leader in the early 19th century school of Romanticism, and he painted some of France’s most enduring images. Who can forget his enduring image of Liberty Leading the People, 1830, commemorating the French Revolution with an image of Lady Liberty flying the French flag high over a stormy horizon. His subjects varied hugely, from Biblical stories and historical moments to the retelling of Greek mythology, but always with the same billowing style of turbulence and energy that defined the Romanticist era.

French painter Gustave Courbet should surely be included in any list of French painters, since he is often referred to as the “Father of Realism.” His art broke with the idealism of Romanticist ideas once touted by Delacroix and his contemporaries, instead relying on brutally honest subject matter like funerals, farm workers and hunters, painted on a grand scale to shock and infuriate the traditional art establishment. It was thanks to Courbet that normal, real life became a feature of art, and his influence is still felt in contemporary art today.

French Impressionist Berthe Morisot was one of the leading painters of her day, working furiously and determinedly to make her name in an art world dominated by men. Women weren’t allowed to go out painting alone in the theatre or landscape like the male Impressionists, and this restricted their subject matter to the domestic world they inhabited. But Morisot embraced this challenge, choosing to observe the intimate world of women’s work and play with rapid, energized brushstrokes and light, vivid colors that seize the essence of everyday moments around her.

Elisabeth Vigee Le Brun was one of the most in-demand portraitists of the 18th century. Her unique blend of Rococo and Neoclassical styles earned her an international following during her lifetime. After training as a portraitist with her father, by the time she was 20 she was accepted as a painter for the royal court. One of her most important patrons with Queen Marie Antoinette, who she painted around 30 different times, and these images became a form of public branding for arguably the most controversial queen of France.