HomeAnswersWas Apollinaire the Greatest Art Critic of the 20th Century? 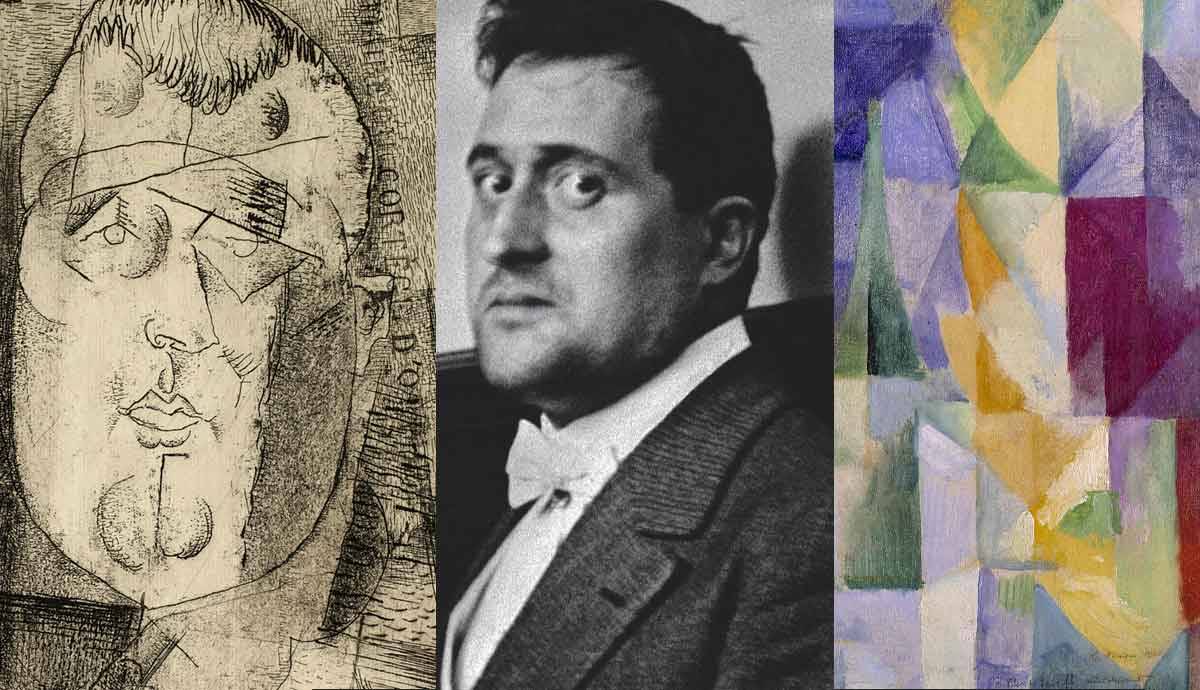 French poet, playwright, novelist and art critic, Guillaume Apollinaire was an immensely prolific writer with an insatiable appetite for new ideas. He is perhaps best known for the monumental contribution he made to art history, not just as a leading art critic, but as a socialite, promoter, supporter and mentor to the many bohemian artists he befriended over the years while living and working in early 20th century Paris. In fact, his name is synonymous today with the most famous artists in the world, including Pablo Picasso, Georges Braque, and Henri Rousseau. Let’s take a look at some of the reasons why Apollinaire might just be the greatest art critic of the entire 20th century.

1. He Was an Early Champion of European Modernism

Apollinaire was one of the first art critics to praise the rising trend of European modernism in the early 20th century. In his early years as an art critic, he was the first to write favorable reviews of Fauvism, as spearheaded by the painters Henri Matisse, Maurice de Vlaminck and Andre Derain. When describing Fauvism, Apollinaire wrote, “today, there are only modern painters who, having liberated their art, are now forging a new art in order to achieve works that are materially as new as the aesthetic according to which they were conceived.”

2. He Introduced Picasso and Braque to One Another

Apollinaire was a great socialite who rubbed shoulders with the rising avant-garde artist of bohemian Paris, and made close friendships along the way. He was also instrumental in bringing likeminded people together, and he even introduced one of art history’s most famous pairings, Picasso and Braque, to one another in 1907. Almost immediately, Picasso and Braque began working closely together, going on to found the revolutionary Cubist movement.

3. And He Wrote Eloquently About Cubism

Apollinaire continued his support of Picasso and Braque, writing prolifically about the breakthroughs of Cubism. He wrote, “Cubism is the art of depicting new wholes with formal elements borrowed not only from the reality of vision, but from that of conception.” In 1913, Apollinaire published a book on Cubism titled Peintures Cubistes (Cubist Painters), 1913, which cemented his career as a leading art critic of his day. In the years that followed, Apollinaire also played an active role in promoting Cubism by speaking about the new movement at various events and exhibitions.

4. Apollinaire Was the First to Define Surrealism

Surprisingly, Apollinaire was the first art critic to use the term Surrealism, when describing the French artist Jean Cocteau’s experimental ballet with Serge Diaghilev titled Parade, 1917. Apollinaire also made use of the word surreal in the title of his own play Les Mamelles de Tiresias (The Breasts of Tiresias), Drame Surréaliste, first staged in 1917. It wasn’t until 1924 that the larger French Surrealist group adopted the term in their first published manifesto.

5. He Coined the Term Orphism

Another art movement that owes its name to Apollinaire was Orphism, the offshoot of Cubism founded by Robert and Sonia Delaunay. Apollinaire named the movement Orphism after the mythological Greek musician Orpheus, likening their harmonious fusion of colors to the sonorous and symphonic properties of music.

Apollinaire helped launch the careers of countless early 20th century artists. Along with Matisse, Vlaminck, Derain, Picasso, Braque, Rousseau and the Delaunays, Apollinaire also championed the art of Alexander Archipenko, Wassily Kandinsky, Aristide Maillol, and Jean Metzinger, to name just a few. Such was Apollinaire’s influence, some historians have even compared him with Giorgio Vasari, the great art critic of the Renaissance, who was equally as persuasive and supportive of the leading artists that would go on to earn their place in history.

What Did Picasso Paint During His Early Rose Period?