HomeArtSonia Delaunay: 8 Facts on the Queen of Abstract Art

Sonia Delaunay was not only a true modern artist, she also redefined what art was. She brought innovative techniques both to the art world and to the world of fashion. 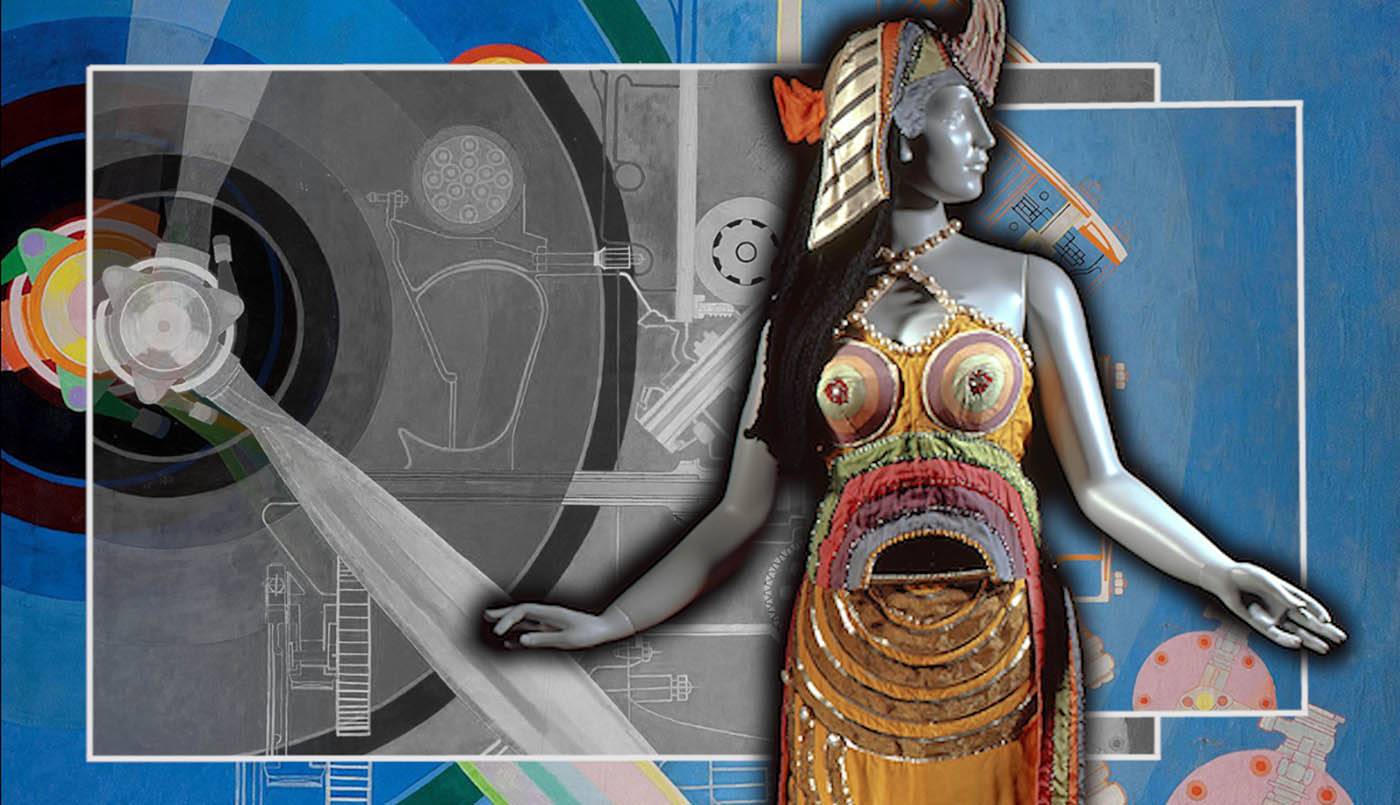 Sonia Delaunay was a key figure in the Parisian avant-garde and a radical force in shaping the image of the ”New Woman” of the 1920s. Her vivid and colorful work was linked to painting, fashion, and design. Along with her husband, the painter Robert Delaunay, she became famous for the pioneering use of color in her works. She had an important role in the development of Abstract art. Partners in life and art, Robert and Sonia developed new forms and theories, including Orphism and Simultaneism. During her lifetime, Sonia Delaunay was rather overshadowed by her husband. It wasn’t until the 1960s that she gained worldwide acclaim.

1. Sonia Delaunay Was Not Her Real Name

In 1885, Sonia Delaunay was born in Odessa in Russia, where it is now Ukraine. Her real name was Sarah Stern and Sonia was her childhood nickname. She was born into a working-class Jewish family where she lived until the age of five. At the age of eight, she was sent to St. Petersburg to live with her wealthy uncle, as her father could not really afford to take care of her at the time. Sarah took the surname of her uncle and changed her name to Sonia Terk. It was during this time that she learned about the world of art and culture that she never dreamed of in Ukraine. She had a governess who taught her French, German, and English.

2. She Attended Art Schools in Germany and France

When Sonia graduated from high school at eighteen, she persuaded her uncle to go to Germany to study art. So, she went to art school in Germany for two years before moving to Paris in 1905, where she would spend the majority of her life. In Paris, she saw the works of Van Gogh, Gauguin, and the Fauvists. There, she got married for the first time to a German man called Wilhelm Uhde, an art critic and collector. For Uhde, this marriage was a perfect cover for his homosexuality. For Sonia, it helped her acquire a passport and residence in Paris. Later, she met her husband and longtime artistic partner, Robert Delaunay. When Sonia married Robert Delaunay in 1910, she was 25 and pregnant with their son Charles.

A blanket that Sonia Delaunay made for her son in 1911 serves as a pretext for the subsequent development of abstract art and Orphism. She used pieces of cloth in various colors while merging Russian and folk elements with the Parisian avant-garde and experimenting with colors and shapes. Sonia was inspired by the peasant blankets she used in Russia as a child. She then tried to apply the same style to other objects and paintings.

The period between 1911–1912 marked a new beginning in modern art, as the Delaunays developed a new abstract language, called Orphism. This term defines a type of abstract art that is usually geometric and aims to convey a sense of simplicity and purity. Orphism derived from Cubism but brought more rhythm and movement of color.

Delaunay was involved in the first wave of abstraction in 1910-1920. She created artworks that captivated people with rhythm, motion, and depth through overlapping patches of vibrant color.  By matching primary and secondary colors, they would create a new visual stimulation. The colors would look different depending on the surrounding colors and they would create for the viewer a new powerful visual experience.

This approach was incorporated into Sonia Delaunay’s work, shifting her techniques into textile patterns of geometric shapes. Sonia and Robert Delaunay were inspired by the rapid changes in society at this time, particularly by the arrival of the electric streetlight. They wanted to discover how the geometrical shapes, like colors, interact with each other. In fact, they started with recognizable forms but quickly moved away from Cubism towards pure abstraction using geometric shapes and pure hue colors. The purpose was to explore color relations, give color meaning and create abstract color juxtapositions.

4. She Was Also a Fashion Designer

The color and dynamism of Simultanism, a strand of Orphism, dominated the early twentieth century in Paris. Two striking examples were Sonia’s paintings, the Electric Prisms series, and the Ball Bullier. In 1913, Sonia and Robert attended the Bal Bullier ballroom, which was a public dance hall for fellow avant-garde artists and writers. They even dressed in costumes created by Sonia, including the ‘Simultaneous dress’ she wore.

The idea for the dress came from scraps of the fabric positioned in an abstract design with dynamic colors. Robert also wore vivid colors in his tailor-made suits. This was an inspiration for her next painting, Le Bal Bullier. She captured the energy and motion of dancers in the ballroom. The painting showcases Sonia Delaunay’s interest in the simultaneous color theory of Orphism, which would dominate her career. The painting features bright lights, bold colors, and dancing couples, all emphasizing the movement of the dancers.

With the outbreak of World War I in 1914, Sonia and her husband moved to Spain. In search of a new source of income, she met with the artist Sergei Diaghilev and started designing costumes for the theatrical performance of ‘Cleopatra‘. Later, she opened Casa Sonia, a fashion and design shop selling accessories, furniture, and textiles. From Spain, the couple returned to Paris in 1921. However, their financial problems were big.

By 1923, she had shifted her concentration on design for everyday fashion. Sonia Delaunay began to design textiles with geometric shapes and vivid colors, such as diamonds, triangles, and stripes which were different from the naturalistic popular designs of the 1920s. The pieces she made were designed to conform to the female body rather than resist it. Her art now became wearable. She created statement pieces for the modern creative woman. In 1925, she opened her boutique-studio, Atelier Simultané, in Paris.

Sonia’s painting from 1925, called Simultaneous dresses: Three women, features three mannequin figures. Behind them is a tri-fold dressing screen with three different color schemes on each panel. The artwork directly reflects her as a fashion designer as her art intersects with fashion and showcases how both inspire one another. Her focus was on fashion design until the stock market crashed in 1929. Sonia Delaunay had to close down her boutique, but she continued to design textiles.

The variety of Sonia’s works throughout her lifetime included paintings, drawings, textiles, home decorations, and even cars. In 1924, Sonia Delaunay designed a pattern with geometric shapes and bright colors that was meant to be the design for Citroën B12. She also used the same motif to make fur coats. In this photograph from 1925, two models pose with a car painted to resemble one of Sonia Delaunay’s fabric designs while wearing matching fur coats, which were also designed by  Delaunay.

The same year, an illustration of her standing next to a car appeared on the cover of British Vogue. In 1967, Delaunay designed another pattern for a car. This time it was for a Matra 530 sports car, which was a part of the exhibition Five cars personalized by five contemporary artists. She experimented with optical effects that made the patterns on the car move when in motion. The blocks of color were designed to morph into a single pale blue shade when the car was being driven, to avoid distracting other drivers and causing an accident.

7. She Participated in the 1937 Paris International Exhibition

In 1937, Sonia Delaunay returned to painting. She and her husband were both invited to design and decorate two of the exhibition buildings at the International Exhibition of Arts and Technology in Paris. She created large-scale murals for the Pavillon des Chemins de Fer and the Palais de l’Air, depicting a propeller, an engine, and an instrument panel. The panels featured abstract composition of gears, propellers, and blueprints in bold, vibrant colors. The project was completed within two years and Sonia’s designs were awarded a gold medal.

8. Sonia Delaunay Had a Retrospective at the Louvre

In June 1940, shortly before the German army reached Paris, Sonia and her husband traveled to the South of France. When World War II broke out, Robert was already very sick. Eventually, he died in October 1941 in Montpellier. After the death of her husband, Sonia Delaunay continued to experiment with abstraction, working both as a painter and a designer. During the 1940s and the 1950s, she became involved in the second wave of abstraction promoting a younger generation of artists. She brought together lots of different artists, poets, and writers.

After 1959, she was recognized through numerous retrospective exhibitions. In 1964, she became the first living woman artist to have her works exhibited at the Louvre museum, thanks to her donation of 117 works by herself and her husband Robert. Sonia Delaunay continued to receive wide recognition with another retrospective at the Musée National d’Art Moderne in 1967, before finally being awarded the Legion of Honour in 1975. The female artist died in Paris in 1979 at the age of 94, leaving behind a great artistic legacy.