HomeAnswersWhat Are the Largest Museums in the World? 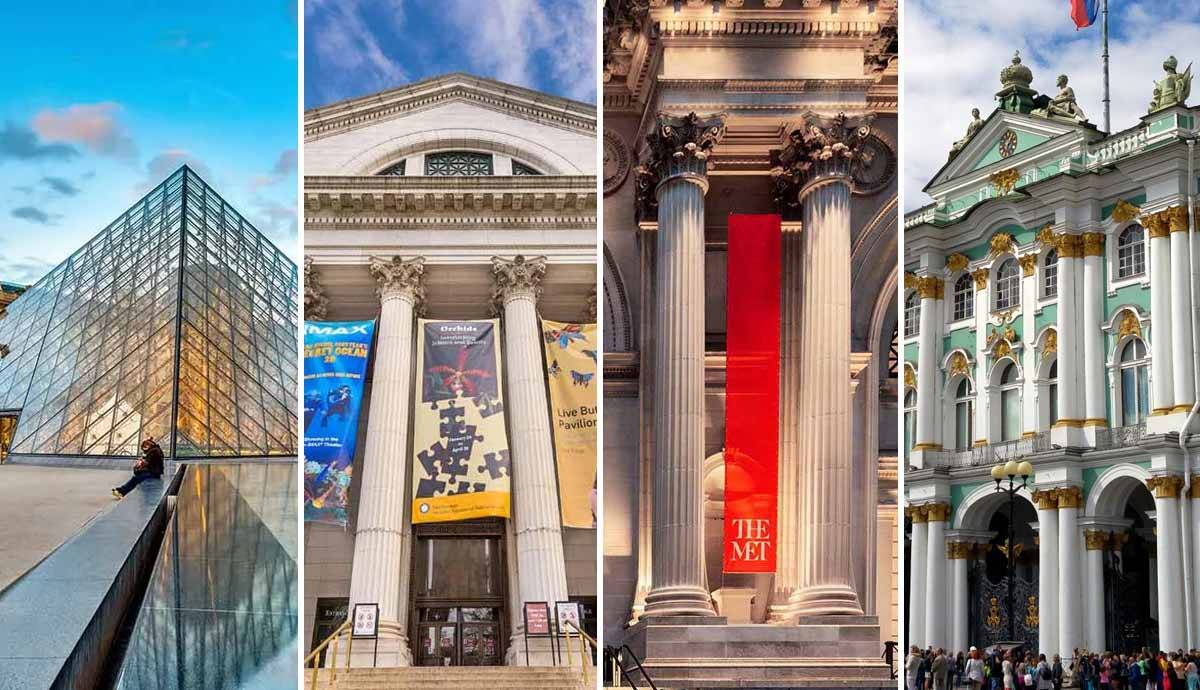 Museums play a vital role in preserving history and educating the public about people, places, animals, art and artefacts from all around the world. While there are museums in just about every major city across the globe, some are vast institutions that one could spend days wandering through, poring over the depth and diversity of their collections. We look through some of the largest museums in the world, whether by size, collection, or research center, and what each of these incredible institutions has to offer for the millions of visitors who trek there every year.

1. The Louvre Is the Largest Museum by Size

Of all the museums in the world, the Louvre in Paris is hands down the largest on the entire planet, covering more than 650,000 square feet in total. The museum was once a mediaeval fortress, and the home for French Kings, before becoming the vast Parisian Museum in 1793 that we know and love today. The Louvre is home to some of the most important art and artefacts in the history of human civilization, including Leonardo da Vinci’s Mona Lisa, 1519, The Winged Victory of Samothrace, Theodore Gericault’s Raft of the Medusa, 1818-19, and Eugene Delacroix’s iconic masterpiece Liberty Leading the People, 1830, to name just a few. Because of its incredible scale, one could spend literally days wandering through the Louvre, which is why so many people come back again and again to take in more.

2. The Smithsonian Is the Largest Museum and Research Complex

The Smithsonian Museum is the largest complex of museums in the world, with 19 different galleries and museums spread across the United States, including the Smithsonian American Art Museum, The National Museum of Natural History, the National Museum of African Art and the National Air and Space Museum. The museum also runs a large zoological park, containing a long A to Z of animals from the tiniest insects to the largest mammals. Alongside these sites, the Smithsonian institute also runs eight different research stations where diverse fields are explored including marine biology, astrophysics, environmental research, and American art.

3. The Metropolitan Museum Has the Largest Floor Area

While its entire building space is technically smaller than the Louvre, the Metropolitan Museum covers the largest floor area of any museum in the world, at an incredible 2 million square feet. Perhaps it’s no surprise then that the museum has the capacity to allow for more than 6 million visitors every year. Opened in 1870, the Metropolitan Museum’s aim was “to bring art and art education to the American people.” Since this time, it has more than fulfilled its role, housing an impressive array of around 50,000 different objects spanning more than 5,000 years of human history. These range from the columns of ancient Greek temples to indigenous African wood carvings, along with Canova’s Perseus with the Head of Medusa, 1804-6, and John Singer Sargent’s infamous Madame X, 1883-84.

4. The State Hermitage Museum in Russia Has the Largest Collection

While other museums hit the record in terms of scale and floorspace, the State Hermitage Museum in Russia currently houses the largest collection of any single museum in the entire world. They own more than 3 million artefacts that date all the way from the Stone Age to the early 20th century. Once the home of Russian Tsars, this impressive stretch of six buildings running along the river Neva was converted into a court museum in 1764 by Catherine the Great to house her impressive collection of paintings. One of the museum’s star attractions is its Gold Rooms, showcasing priceless gold masterpieces from Eurasia, the Orient and the Black Sea Littoral. They also own masterpieces by Western artists including Rubens, Titian, Goya, Picasso and Van Gogh.