HomePhilosophyWalking the Eightfold Path: The Buddhist Path to Peace

Walking the Eightfold Path: The Buddhist Path to Peace

Buddhism offers an insightful examination of individual and spiritual life and freedom from rebirth and unwholesome action. The way Buddha offers is the Noble Eightfold Path. 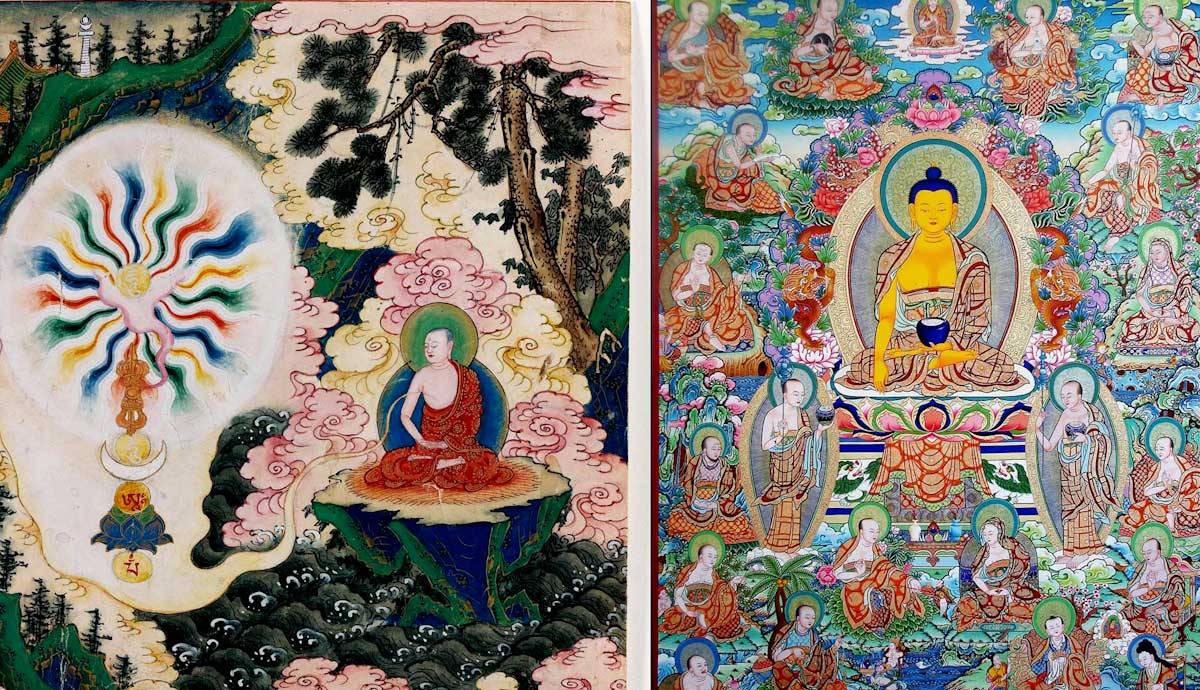 More than a religion, Buddhism can be defined as a true life philosophy and worldview. Its rituality and preaching all revolve around individual experience and deep personal research into our own action, thoughts, and mind. In this article we will take a further step into Buddhist doctrine, and thoroughly explore what lifestyle and state of mind are suggested to those who chose to undertake the path of deliverance. First, one must acknowledge the Four Noble Truths, and, later, jump into the journey of the Noble Eightfold Path.

Getting to Know Buddhism and the Noble Eightfold Path: Siddhartha Gautama

Buddhism is a religion and a philosophy that grew from the teachings of the Buddha (from the Sanskrit for “awakened one”). Starting from the 6th century BCE, it became popular in the whole of Asia, spreading from India to Southeast Asia, China, Korea, and Japan. It also influenced the course of spiritual, cultural, and social life of the area.

How did Buddhism arise? Between 6th and 4th centuries BCE, there was a period of high discontent over Brahmanic rules and rituals. Part of the Hindu religion, they held significant social power. In northwestern India, new tribes and battling kingdoms fomented a spreading turmoil, creating doubt across all spheres of life. Thus, ascetic groups that sought a more individual and abstract religious experience started preaching a religion based on renunciation and transcendence. Different religious communities, with their own philosophies arose in the region, many of them sharing similar vocabulary, discussing nirvana — liberation, dharma — law, and karma — action.

It is in this context that the historical figure of Buddha lived. His historical name was Siddhartha Gautama, of the Shakya clan. He was a warrior by caste, but later, when he started confronting the world’s sufferings, he renounced his wealth and family to pursue an ascetic lifestyle. During this period, he found that extreme renunciation was not the way to freedom from life’s pains, so he meditated and received the enlightenment of the Four Noble Truths.

The main Buddhist theory concerns the cause-effect cycle of actions, called karma; this triggers the rebirth cycle, samsara, which is the ultimate source of suffering. In order to achieve liberation, nirvana, a disciple must follow a path of deliverance from samsara. Those who undertake the path to freedom and teach others how to pursue it, are the bodhisattva. Those who follow the path to the end and extinguish their own rebirth cycle become Buddhas. According to Buddhist tradition, there have been several Buddhas over the course of history, each with a particular name and quality.

The Four Noble Truths enclose the essence of Buddhist beliefs. In these precepts, Buddha identifies the nature of suffering, its causes, the way to make it cease, and the Noble Eightfold Path. The first Noble Truth enshrines suffering at the very core of the Buddhist message. Life and dhukka (suffering) are inseparable. Dhukka is used as a broad term to refer to all dissatisfaction with life. It is deeply entwined with desire and the delusion this brings.

According to Buddha, desire is perpetually followed by dhukka, for it creates a sense of lack. From longing, pain and discontent grow. Pain and misery start with life itself, and they do not leave even after death, for consciousness travels again to a new body and repeats this cycle of suffering and reincarnation.

Next, Buddhism searches for the causes of suffering. In order to neutralize dhukka, one must identify its source. The origin is ourselves; pain is produced through exposure to certain mental states called defilements, (in Sanskrit, klesha). Greed, aversion, and delusion are the main contaminants that create dhukka. From them, other contaminations arise, like conceit, arrogance, and jealousy. The central klesha that gives birth to all the others is ignorance, avijja.

Ignorance darkens the mind and obstructs understanding, detaching mankind from clarity. The logical question, after this, is how to free oneself from the causes of suffering. What is needed to fight ignorance is, indeed, knowledge, not the factual kind, but the perceptual one. This particular way of knowing is, in fact, wisdom (prajna). This does not come from mere learning, but must be cultivated by developing mental states and, ultimately, following a path. The path that Buddha suggests to eliminate suffering is the Noble Eightfold Path.

The fourth and final Noble Truth is the Noble Eightfold Path itself. It is also called the “Middle Way” for it sits halfway between two misleading attempts to gain freedom. These are extreme indulgence in pleasures, and self-mortification. Different from them both, the Middle Way recognizes the futility of desire and renunciation, and it leads to liberating wisdom, and, finally, Nirvana.

The Noble Eightfold Path guides the disciple towards liberation. It contains eight rules to be followed, not as enumerated steps, but as components of a whole. They can be divided into three groups that represent the three stages of training to reach higher wisdom.

By pursuing wisdom, the disciple confronts with penetrative understanding all things as they really are. The first factor, “right view” is fundamental for the Noble Eightfold Path, because it directly involves a correct understanding of Dharma (moral law) and all Buddhist teachings. This is to be noted especially in regard to the “right view” about the morality of an action, or karma.

In Buddhism, to act implies a morally driven volition, that only belongs to its actor, along with any consequences. Therefore, karma can be unwholesome or wholesome, based on whether the action is detrimental or beneficial for spiritual growth. Greed, aversion, and delusion are the roots of destructive karma, while positive action is triggered by non-greed, non-aversion, and non-delusion. Karma produces results according to the ethics of an action, commonly called fruits, whose ripening operates across lifetimes. According to Dharma, even if an action is arbitrary, morality is lawfully objective.

The “right view” of Dharma means not only performing wholesome deeds, but understanding that real liberation comes from destroying the rebirth cycle itself. Once the disciple comes to terms with this truth, he reaches the superior right view leading to deliverance, and grasps the essence of the Four Noble Truths.

The second suggested step is “right intention”. This is threefold: it involves the intention of renunciation, of good will, and of harmlessness. It directly refers to the second section of the Path, the triad of moral discipline. In fact, rightfulness of intention and thought determine directly right speech, action, and livelihood. Once the Four Noble Truths are understood, the obvious solution to dhukka and unhealthy desire is renunciation. Applying the Truths to all living beings, and recognizing their suffering, means to act with good will in their regard, being compassionate, thus doing them no harm.

Going on with the elements of the Noble Eightfold Path, we find the principles of right speech, action, and livelihood, that form moral discipline. By observing them, the disciple discovers harmony at social, psychological, karmic, and contemplative levels. Who masters it will be able to govern the two channels of outer action: speech and body.

Speech, in particular, holds a central role in determining balance, for truthful speech assures continuity between inner being and external phenomena. Slanderous speech leads to hate and produces a great amount of unwholesome karma. Also, any kind of pointless talk is to be considered a negative deed; right speech means to speak at the right time, with right intention and in accordance with Dharma. Right action on the other hand, demands that we not perform any theft, robbery, murder, or sexual misconduct.

Succeeding on the Noble Eightfold Path

These three factors establish the purification of conduct and open the way to the meditation triad: right effort, right mindfulness, right concentration. Right effort means to focus on the prevention of unwholesome states, and to maintain wholesome states once reached.

All the senses are involved in this process, and they must be restrained, but not to the point of total denial and withdrawal. Mindfulness and clear understanding must be applied to each sensual experience, so as to avoid unwholesome perceptions. Being in one’s right mind is the first step towards enlightenment. Perceived phenomena must be free from any external projection and examined as a pure state.

During the work of contemplation, interest towards the objective becomes ecstatic and, thus, enlightenment is reached and maintained. Sati is the Pali word for mindfulness, and concerns a particular kind of awareness, where the mind is trained to focus on the present, quiet and alert, without preconceptions or distractions. With a grounding procedure, this practice anchors the mind to the present and clears up any interference. Right mindfulness is exercised in four ways that include both bodily and mental experience: contemplation of the body, of feeling, of states of mind, and of other phenomena.

Finally, the concluding step of the Noble Eightfold Path is right concentration. By concentration, Buddhism denotes the intensification of the mental factor in any state of consciousness; eventually, this aims at a wholesome harmony of mind.

Concentration fails to confront the defilements, and therefore, cannot be seen as the vessel of liberation. Only wisdom can oppose the core of all suffering: ignorance. Through insightful practice, the Noble Eightfold Path transforms into an instrument to disperse all defilements and to maintain a strict moral discipline. When meditation is fully satisfactory, the disciple is ready to realize the transcendental world and see Nirvana.

He now embarks on the supra-mundane path, that eradicates all defilements and detaches us from unwholesome mental factors that cause the samsara cycle to happen. He who brings this process to completion becomes Arahant, the Liberated one; he may not undergo rebirth in any world and is free from ignorance. 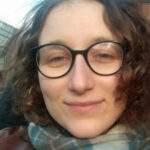 The Pursuit of Pleasure: How the Floating World Defined Edo Japan