HomePhilosophyExamining Plato’s Most Important Dialogues: What is ‘The Sophist’?

Examining Plato’s Most Important Dialogues: What is ‘The Sophist’?

Among Plato’s more cryptic and intricate works, 'The Sophist' is an extensive and systematic investigation of the dualities of truth and falsity, rhetoric and philosophy, appearance and reality. 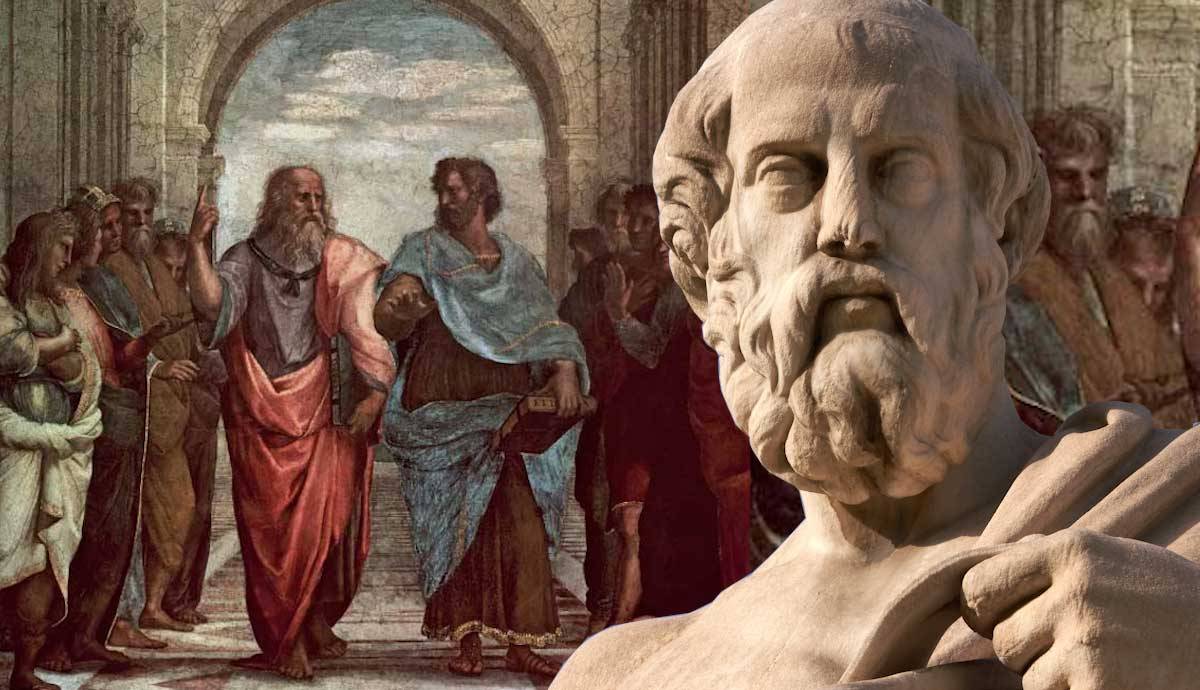 In The Sophist, Plato takes aim at two groups which can be considered his philosophical rivals, or even enemies. Those are the eponymous Sophists, and the Eleatic philosophers. To understand the implications of the Sophist, it isn’t good enough to take Plato’s characterisation of these two groups at face value, and therefore part of this article consists in providing some further context on Sophistic and Eleatic thought.

Moreover, because the Sophist is one of Plato’s latest dialogues, some context from Plato’s earlier work is in order before approaching the dialogue directly. This article aims to situate the Sophist in Plato’s metaphysics, and in his thought more generally, as well as the prevailing intellectual environment in which Plato worked. Understanding the Sophist in light of this allows for the development of a clearer characterisation of the motivations behind the dialogue.

Plato’s Metaphysics in Context: The Sophists and the Eleatics

By the time Plato wrote the Sophist, many of the themes which guide his work had already been thoroughly established. Not least among these is what we now refer to as ‘The Theory of Forms’, which is the overarching framework of Platonic metaphysics.

Casual discussions of Plato and Platonism (the array of theories and approaches which his work has inspired) often speak of this theory as though it is uniformly articulated throughout his authorship. Rather, this theory develops over time, although not in an especially linear fashion.

Recurrent components include the distinction between a world of appearance and reality which exists beyond perception and common place understandings of the world, that the forms which inhabit this latter conceptual space are of various kinds, and that philosophical inquiry is the mode by which we can move beyond perception and gain access to reality.

In the century or so before Plato, Greece and the wider Greek speaking world (encompassing parts of modern day Italy, Turkey, Egypt and the Balkans) produced an extraordinary range of philosophical schools. The Sophists are regarded as one such school, and a critique of Sophistic philosophy is certainly one motivation behind the Sophist. However, Plato is concerned to set his philosophical outlook against that developed by another school; that of Elea, of which Parmenides and Zeno were and are the main proponents.

Although isolating Plato’s work as responding to just one of these schools would be reductive, and ahistorical, one might reasonably claim that the Eleatics are as much a target of Plato’s dialogue as the Sophists themselves.

The Sophist is defined in seven different ways, and any attempt to reconcile such definitions doesn’t appear successful. Once the seventh definition is given, the dialogue appears to turn away from defining the Sophist as such and turns towards some of the philosophical issues raised by the attempt to do so. These issues turn on the central philosophical concerns of the Eleatic school.

Parmenides’ work comes to us only in fragmentary form, and none of Zeno’s work appears to have survived whatsoever. However, from a combination of careful exegesis of said fragments and the engagement with their work by later philosophers, we can piece together a fairly sophisticated understanding of what the Eleatics actually thought.

For the purposes of reading the dialogue, it is the doctrine of Monism which defines the Eleatic position, largely because it defines the opposition between Platonic and Eleatic thought. Monism amounts to the doctrine that all things are, on some level, one. Strict Monism, of the kind often – but not exclusively – attributed to the Eleatics, holds that on every level, despite appearances, there are not a variety of things. Recall one of the central claims of the theory of the forms; that there are various kinds. Plato’s metaphysics can be seen as an attempted response.

A Definition in Good Faith?

The kind of definition of a thing or person which one has direct experience of is very different to the kind of definition required when lacks such experience, and the definition must acquire both be both precise (in a negative sense) and ekphrastic (i.e, giving us our first impression of this thing or person using only words). There are worse ways of delineating cultural differences than applying this distinction more generally.

What Kind of Thing is the Sophist?

In any case, reading the Sophist roughly two and a half millennia after it was written, the kind of creature which the Eleatic Stranger and Theaetetus are trying to pin down seems to transform dramatically from definition to definition.

This slipperiness is baffling in part because it doesn’t seem to express merely the range of possible definitions of a certain thing, but seems to suggest that even the Eleatic Stranger and Theaetetus aren’t precisely sure what it is that they’re attempting to define in the first place. This is all the more curious given that the assumption running through the dialogue is that both of them know what a Sophist is, actually, and it is the attempt to define him precisely that is troubling them.

What a Sophist Truly Is

All of this makes a little more sense in light of some historical context. The word ‘Sophist’ is derived from the Greek word sophia, meaning wisdom, and the original sense of the term ‘Sophist’ was really just that of a sage or wise man (and they were exclusively men).

What the term had developed into by Plato’s time was something between a kind of tutor and performer, one who offered demonstrations of public speaking and advice on conduct in public life. It is difficult to gauge whether the various ancient figures who are known to us as sophists had what could be considered a philosophy as such, and one of our major sources for making such a judgement is Plato himself. The Sophist is far from the first engagement between Plato and the Sophists. Sophistic thinkers are the subject of several previous dialogues, including Protagoras and Gorgias, and from these we can gather certain features of Sophism as a philosophy.

There isn’t time to enumerate the features of Sophistic philosophy in detail here, let alone the interpretative decisions which have led to it. However, it is worth dwelling on one or two features of Sophism, particularly as they are features which we can infer from Plato’s dialogues. Nietzsche claims that the great contribution of the Sophists was that “they postulate the first truth that a ‘morality-in-itself ’, a ‘good-in-itself ’ do not exist, that it is a swindle to talk of ‘truth’ in this field”. This is clearest in Plato’s dialogue Protagoras, wherein a version of relativism seems to be postulated. Note that there are various ways of drawing this interpretation of Sophism.

Whether or not this is taken to be an article of Sophistic thought, it might well be implied by the practice of Sophism – that is, the practice of selling arguments, advice, concepts not on the basis of truth, but for economic gain. So, in the context of the Sophist, we can conceive of the Sophistic and the Eleatic positions as occupying two points of opposition to Platonic metaphysics, and the development of Platonic metaphysics as proceeding from a critique of the alternatives. On the one hand, a denial of variety and an assertion of absolute oneness. On the other hand, a denial of absolute reality whatsoever, be it one or various.