HomeStoriesThe Rise of Vladimir Lenin: The Birth of the USSR

The Rise of Vladimir Lenin: The Birth of the USSR

Here’s the story of Vladimir Lenin and how he became the founding head of Soviet Russia and the first leader of the Soviet Union. 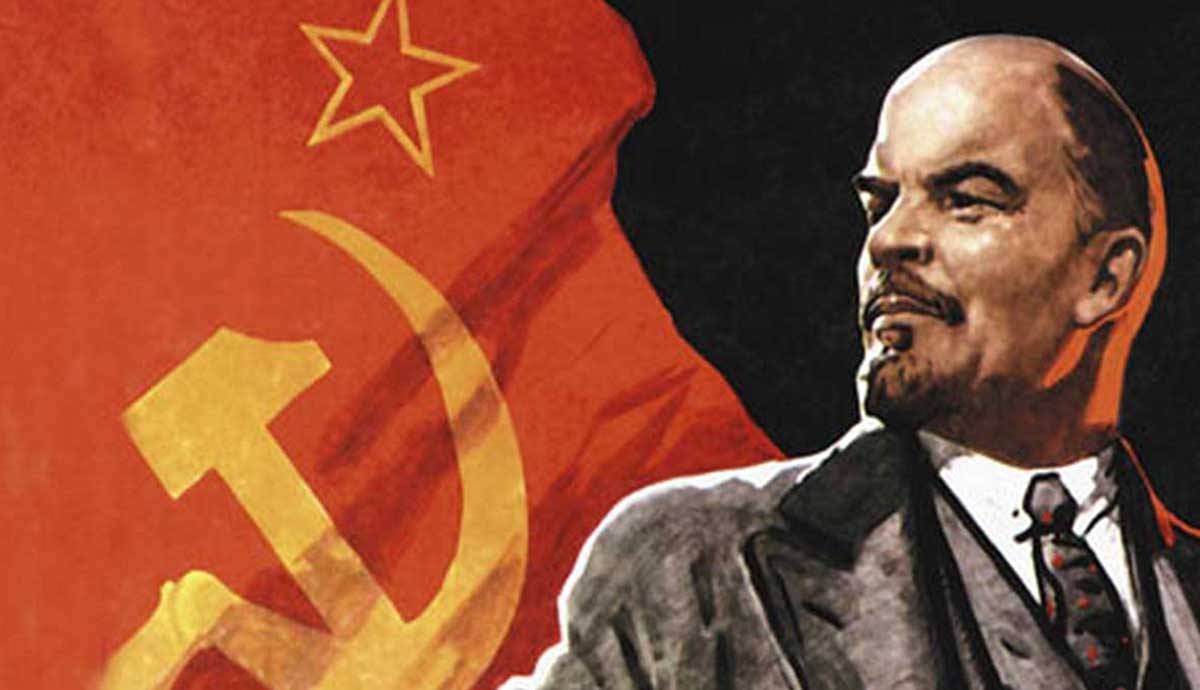 Vladimir Lenin was one of the most influential characters of the 20th century, taking the world onto a path of an ideological tug-of-war that persists till this day. His importance in history cannot be overstated. A politician, a political theorist, and a revolutionary, Lenin was the founding head of Soviet Russia and the Soviet Union. His rise to power is a story of a life filled with constant movement, perpetually in danger of being targeted by his political enemies. Hated by some and revered by many, Vladimir Lenin is a controversial political figure whose actions and beliefs generate much debate the world over.

Vladimir Ilyich Ulyanov (“Lenin” was added in 1901) was born into a wealthy middle-class family on April 22, 1870. His brother, Aleksandr, greatly influenced his beliefs around socialism and the defeat of Tsarism. Aleksandr was a member of Narodnaya Volya and was engaged in terrorism against the autocratic monarchy of Russia, and in 1887, after being charged with conspiring to assassinate Tsar Alexander III, was hanged.

Although Vladimir Lenin had revolutionary tendencies before his brother’s death, the execution and the subsequent shunning of his family in liberal circles added to Vladimir’s radicalization. It was not, however, the sole defining feature. All five of the Ulyanov children who reached maturity joined the revolutionary movement. Despite being upper middle-class, this was not uncommon in Tsarist Russia, as only the nobility weren’t denied elementary civil and political rights. When Lenin was 15, his father died, leaving Lenin as the head of a family that was stigmatized for having produced a state criminal. Nevertheless, Lenin had an ally in his school principal, the father of Aleksandr Kerensky, who would later lead the provisional government and be deposed by Lenin. He wrote a character reference for Lenin that helped him get into the University of Kazan, where he would study law.

Within three months, Lenin had been expelled for taking part in an illegal student assembly. He was banished to his grandfather’s estate in Kokushkino, where his older sister Anna was also deported. In 1888, he was permitted to return to Kazan, but was denied readmission into the university there. During this time, he met with other revolutionaries and spent much time reading Marx and Engels, declaring himself a Marxist in the process.

After moving with his family to Samara, and after relentless petitioning, Vladimir Lenin was finally allowed to take his law examinations, whereupon he graduated with a first-class degree, scoring a first in all his subjects. Because of his incredible performance, objections to Lenin’s political stances were waived, and he was permitted to join the bar. He practiced law from 1892 to 1893, representing the poorer classes, and, dissatisfied with the skewed bias in the legal system in favor of the wealthy elite, he developed a hatred for lawyers.

In 1893, Lenin moved to St. Petersburg, which was at the time the capital of Tsarist Russia. He worked as a barrister’s assistant, and rose to prominence within the Marxist cells operating in the city. It was dangerous, as government spies infiltrated these cells. Nevertheless, Lenin was committed to his beliefs, and in 1894, he led a Marxist workers’ circle. It was during this time that he met a Marxist school teacher, Nadezhda (Nadya) Krupskaya, who later became his wife.

Vladimir Lenin also attempted to cement international alliances. He traveled to Switzerland, where he met with emigrant Russian Marxists, and visited Paris, where he met with Karl Marx’s son-in-law. Lenin then proceeded to Berlin and then back to Russia, where he distributed illegal Marxist literature to striking workers. Lenin and 39 others were arrested and charged with sedition. He was held for a year before being exiled for three years in Siberia. As he was only considered a minor threat, he and his family stayed in a peasant hut and were allowed many freedoms despite being under constant surveillance. He was permitted to keep in contact with revolutionary movements in St. Petersburg.

In 1898, Nadya Krupskaya was also exiled to Siberia for organizing a strike. She convinced the authorities to let her stay in the same village as Vladimir, and the two got married after her arrival. During their time in exile together, they translated Marxist literature into Russian and worked on their own literature. Lenin was a prolific writer and penned a vast amount of political literature throughout his life.

Prelude to the 1905 Revolution

After his exile, Vladimir Lenin traveled to Switzerland, where he again met with Russian Marxists. They agreed to begin printing a newspaper from Munich called “Iskra” (The Spark), which was smuggled into Russia and became a widely read underground publication. The publication served as an official organ for the Marxist Russian Social Democratic Labor Party (RSDLP). Lenin’s wife joined him in Munich, and together they engaged in literary political agitation while working for the progression of the RSDLP.

To evade the Bavarian police, Lenin moved his operations to London in 1902, where he met Leon Trotsky, who would go on to play a leading part in the revolution. Soon after, Lenin fell ill and, unable to take a leading role in the editorial board of Iskra, the publication was moved to Geneva.

During this time, a schism arose in the RSDLP between those who supported Vladimir Lenin’s ideals and those who supported those of Julius Martov. Lenin believed in a more centralized power structure, while Martov’s followers believed the individual needed more autonomy within the party. The faction that supported Lenin was in the majority and known as the Bolsheviks (“majoritans”), while those supporting Martov became known as the Mensheviks (“minoritans”).

The First Russian Revolution started on January 22 (Bloody Sunday). It swept through vast areas of the Russian Empire as workers and peasants took up arms and protested against the rule of Tsar Nicholas II, while military mutinies came in support of their actions. Vladimir Lenin urged the Bolsheviks to take a greater role in the events. The revolution failed, but the Tsar enacted a series of liberal reforms.

It became safe for Lenin to return to Russia, and after his arrival in St. Petersburg, he joined the editorial board of a newspaper, Novaya Zhizn (New Life). Within this avenue, he urged the Bolsheviks to expand their finances by robbing banks, post offices, and railway stations. These suggestions became a reality (involving Josef Stalin, who robbed a bank). These actions brought about increased attention from the Tsarist government, and crackdowns on political dissent once again forced Lenin to flee. For the next nine years, he moved around Europe, organizing political resistance to the Tsarist regime from afar.

In 1914, war broke out in Europe, and Russia entered the war against Germany and the Austro-Hungarian Empire. Vladimir Lenin urged the proletariat of Europe to turn what was essentially an imperialist war into a class struggle to overthrow the monarchist regimes. In February, 1917, revolution came to Russia again, partly spurred on by the enormous casualties suffered by Russia during the war (about 2.5 million dead). This time the workers were successful, forcing Tsar Nicholas II to resign, after which the state Duma (parliament) took control of the country.

Lenin celebrated this victory and planned his journey back to Russia, which was long and perilous. Nevertheless, he found Germany to be a friend to his cause. Lenin advocated for the defeat of Russia, as it would help lead to revolution, and Germany thus helped smuggle Lenin into Russia in order to foment rebellion.

He traveled by train from Switzerland, through Germany, Sweden, and Finland, to finally arrive in Petrograd (St. Petersburg). Despite the events, Lenin was unhappy with the Provisional Government that had been established. He viewed it as a betrayal of the proletariat as it wanted to establish Russia as a republic and, importantly, did not pull out of the war with Germany.

Instead, the Provisional Government continued the war, supporting Britain and France by planning a new offensive against Germany. Instead of a “dictatorship of the proletariat,” Russia had become a “dictatorship of the bourgeoisie.” Lenin immediately set about organizing Bolshevik resistance to the new government and, in the process, marked himself as a dangerous political enemy. Fearing he would be killed, Lenin fled to Finland, where he hid in safe houses run by Bolshevik supporters.

The Provisional Government lost much support from March to September due to war weariness and economic difficulties. At the same time, the strength of the Bolsheviks grew in number throughout the soviets in Petrograd and major cities across Russia. But the transition of power would not be peaceful. Lenin demanded an immediate transition of power, while the head of the Provisional Government, Aleksandr Kerensky, said that a transition of power would only be achieved through an electoral process once the situation had calmed. The government further branded Lenin as a German agent and tried to have him arrested. Lenin decided that the time was right to seize power.

In late October, he started organizing the coup that would depose the Provisional Government. On November 7 and 8, the Bolshevik Red Guards and other revolutionary soldiers ousted Kerensky, meeting little resistance in the process. State power was completely transferred to the soviet councils, and the soviet delegates voted to accept power and elected Lenin as the leader of the Council of People’s Commissars, making him the head of the Russian government.

The Rise of Lenin

Vladimir Lenin’s rise to power was a long process that started in the early days of his youth. In a life peppered with drama, constantly moving around and evading authorities, his seizure of power finally happened (very quickly) at the age of 47. After his accession, Lenin famously stated, “It makes one’s head spin.”

But the task ahead of him was difficult and would take a lot of effort to resolve. Fortunately for Lenin, his dedication and pragmatism ruled his head, and he was able to successfully steer the Soviet Union through its dangerous birth.