HomeStoriesBulgaria vs. Everyone? Here’s What Happened in the Second Balkan War

Bulgaria vs. Everyone? Here’s What Happened in the Second Balkan War

In the wake of the First Balkan War, the uneasy alliance of the Balkan League was left in shambles with the Ottomans defeated, and the former allies turned on themselves. 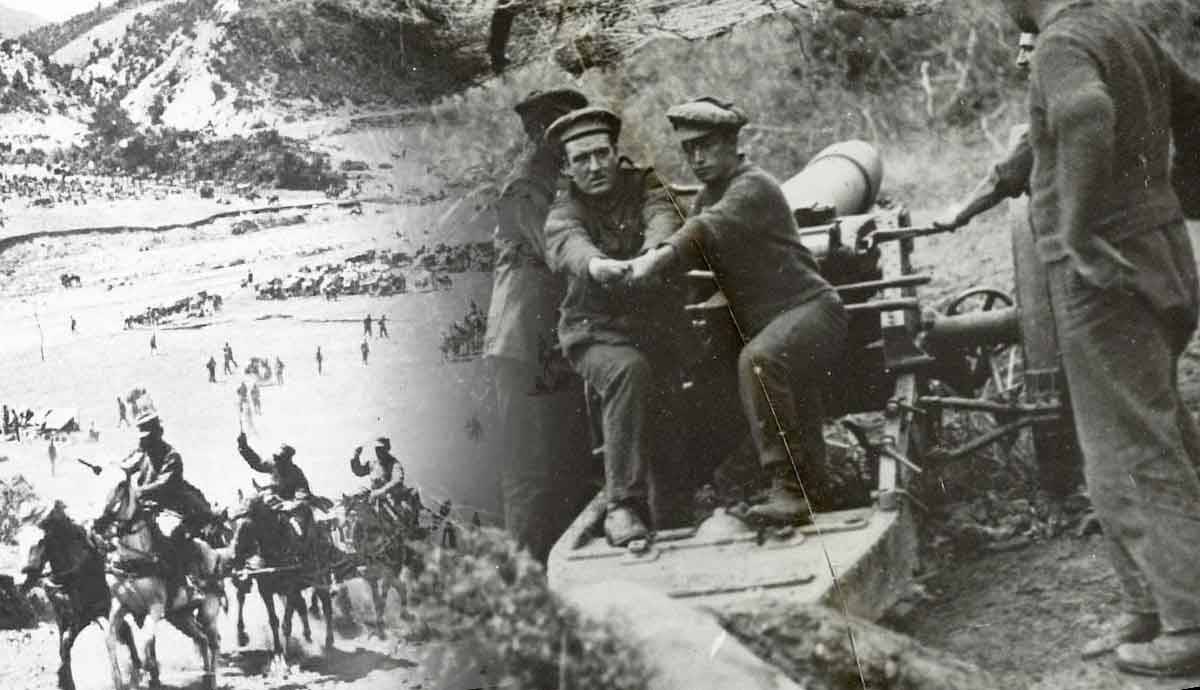 In late 1912, the Ottomans found themselves at war with the combined forces of the Balkan League, made up of Bulgaria, Serbia, Greece, and Montenegro. The Ottomans would lose eighty percent of their European holdings in a short but decisive seven-month war. However, before the dust had even settled, rifts had appeared between the allied nations of the League. Distrust, dissatisfaction, and political backstabbing led to a rapid escalation between the former allies, with Bulgaria on one side and Serbia, Greece, Montenegro, and Romania on the other. Much of this was due to the Bulgarian Tsar’s ambitions for territory and influence, but it quickly became evident that he had bitten off more than he could chew. All the while, the Great Powers–Great Britain, the United States, France, Prussia, and the Austro-Hungarian Empire–looked on, as ever eager to ensure no change in the status quo that would threaten any one of their interests.

The origins of the Second Balkan war would be impossible to understand without first knowing about the once-allies-turned-enemies: The Balkan League. For centuries, the Muslim-ruled Ottoman Empire had held much of southeastern Europe under its dominion, including much of the Balkans. There had long since been a strong desire among the native ethnicities, mostly Christian, to be independent. This wish led to a series of uprisings and revolutions throughout the 19th century. This resulted in a number of nations being formed in the Balkans, including Serbia and Greece.

For some time, the power of the Ottomans had been weakening, and it was often described as “The sick man of Europe.” While most of the Great Powers would prefer to see the status-quo maintained, even going so far as to wage war against Russia in aid of the Ottomans in the Crimean War of 1853, they were less willing to actually safeguard the Ottomans against internal or more localized strife, so long as no other Great Power would benefit.

As a result, over the 19th century, several Balkan states gained independence and became increasingly powerful within the region. By 1912, this culminated in the formation of the Balkan League–an alliance of Serbia, Bulgaria, Montenegro, and Greece–all intending to conquer the remaining Ottoman holdings in Europe and split the territory among themselves during the First Balkan War. Militarily, the war was a massive success, with the combined forces of the Balkan League beating the Ottoman forces on every front and forcing them entirely out of Europe and right back to the outskirts of Constantinople (later Istanbul).

Unfortunately, before the fighting had ended, rifts began to appear in the alliance. The Great Powers demanded that Albania be made independent, despite the territory having been taken by the Serbians. At the same time, Bulgaria had begun to sow distrust about its allies, belittling their contribution to the war. On top of this, the Bulgarians withdrew their support of the previously agreed upon Serbian claims to Albania. Still, they continued to demand the territory they were originally promised, a good portion of which had been taken by the Serbians.

This sudden reversal of support and the demand for further territory was justifiably met with outright hostility from Serbia, who immediately began preparations for war. While Bulgaria was immensely confident that they could handle the Serbs in a war, possessing nearly twice the amount of troops, their blatant disrespect of the League’s earlier agreements would push away their previous allies.

Soon after, Greece signed a defensive alliance with the Serbians. Likewise, at the same time, Romania to the north had been disputing with Bulgaria regarding their shared border, and, despite Russian attempts to arbitrate between all sides of the conflict, Bulgaria’s flat and arrogant refusal of any compromise resulted in Russia not only withdrawing from arbitration but canceling its alliance with Bulgaria. They were now alone.

By this point, all parties involved had been prepared for war with armies already mobilized from the past war. In the case of the Ottomans, their troops were freshly reinforced by their Asian and African contingents, who had not been able to cross the Bosporus in time to participate in the first conflict.

While it was certainly true that the Bulgarians outnumbered their former allies, their superiority in the field was not as complete as they might have believed. While going into the war, the Bulgarian contingent of the League’s forces had undeniably been the best trained. The war had given valuable battle experience to the Serbian and Greek armies, who were now just as blooded and battle-hardened as their Bulgarian counterparts, having performed just as well against the Ottomans.

Furthermore, the Bulgarian troops had shifted to the west of their territory in preparation for a conflict with the Serbians, whom they mistakenly believed would be their only foe. Instead, when the outbreak of the war began, Bulgaria found itself surrounded on literally all sides. Greek forces were to the south, the newly invigorated Ottomans in the east, and the discontent Romanians to the north. Well-equipped and well-trained or not, this picture did not bode well for the Bulgarian army.

The opening of the war saw the Bulgarians concentrating their forces in the west, aiming to crush the Serbian army. As a result, the Bulgarian troops in the south found themselves outnumbered by the Greek forces of King Constantine I. A fierce battle took place over the town of Kilkis, which ultimately resulted in a hard-fought Greek victory. The Bulgarians retreated north towards their borders, leaving them cut off from the Aegean Sea and forcing them from the southern Balkans.

In the west, the Serbians and Bulgarians began to clash, with victories in the north by the Bulgarians and in the south by the Serbians. This resulted in a stalemate, with neither able to decisively defeat the other. With the Serbian front having come to a stop, King Constantine of Greece believed it was up to his men in the south to finish the war. He launched a series of immensely fierce and bloody attacks that succeeded in pushing the Bulgarians further back, but at the cost of total logistical exhaustion. During this time, the final blows came to the Bulgarian war effort as both Romania and the recently-defeated Ottomans decided it was time to take action, while the entirety of Bulgaria’s army was fighting the Serbians and the Greeks. Meeting no resistance, the Romanians quickly closed in on the capital of Sofia, leading the Bulgarians to desperately seek an armistice.

In the span of only some ten months, the political and diplomatic state of the Balkans had drastically changed into something nobody could have foreseen. What once seemed like a solid league of cooperation among a coalition of smaller nations intent on taking Europe back from the Ottomans instead resulted in a bitterly divided region with former allies now at each other’s throats. While it seemed clear from the start that Bulgaria would gain the most from the alliances and subsequent wars, they were, in fact, surpassed by a new regional power: Serbia.

Serbia’s expansion in the region meant that Bulgaria’s attention would now turn to the north, over the disputed region of Bosnia and Herzegovina. This focus included funding nationalist groups in the territory, administered by the Austro-Hungarian Empire, and culminated in the assassination of Archduke Franz Ferdinand by Serbian-backed nationalists in Sarajevo, ultimately leading to the First World War.

Kicking the Ottomans out of Europe: The First Balkan War