Johannes Erwin Eugen Rommel exists as the most prominent German military officer in history. But was his nickname 'Desert Fox' well earned? 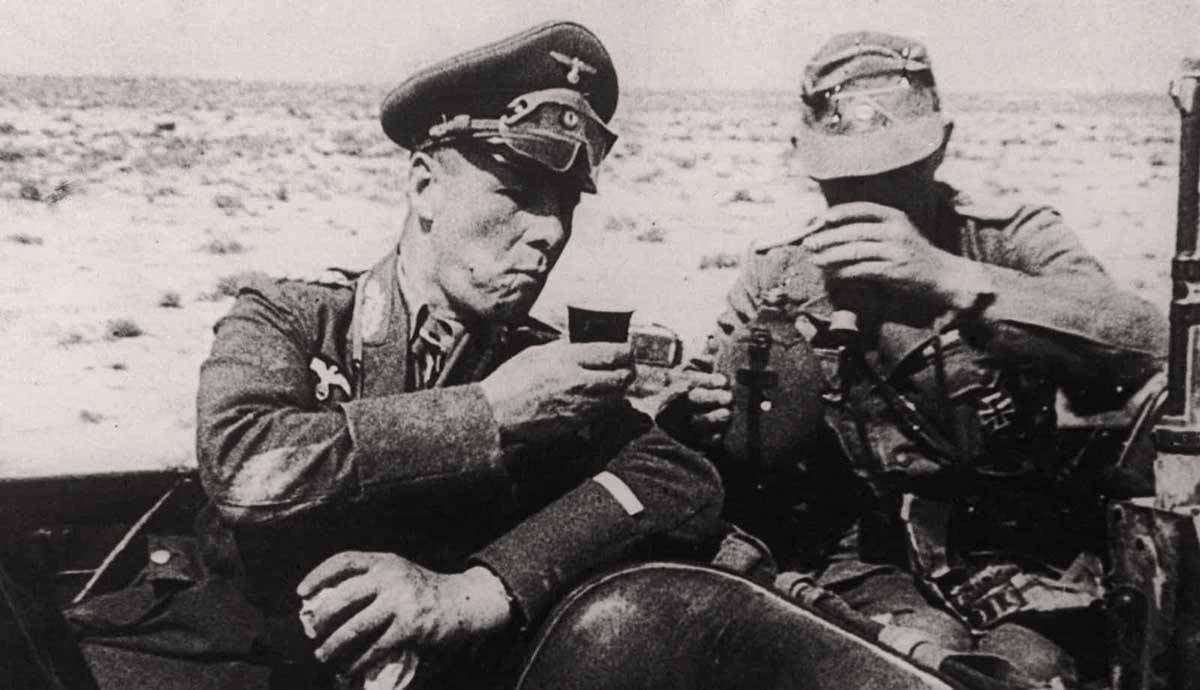 With a long and illustrious military career, there is no doubt that field marshal Erwin Rommel, nicknamed ‘The Desert Fox,’ was a highly prominent and influential military mind in German history. The question remains, however, if this mythical status is entirely warranted or if the man, in reality, had trouble living up to the heroic image that has been made for him. Starting his career early in the 20th century, Rommel would begin to show his dynamic and energetic command during the First World War. Even after the armistice, he continued to serve Germany through the Weimar government and the later Nazi regime, even becoming good friends with Hitler. Seen as politically naive, Rommel was nonetheless well-respected by the soldiers around him and even those he fought against, earning his nickname by the Allied forces in the sands of North Africa.

Given how prominent Prussia’s militarism factors into German history and military prestige, it is rather ironic that its most famous and celebrated commander was, in fact, not from Prussia. Erwin Rommel was born to upper-middle-class parents in the German state known as the Kingdom of Württemberg in 1891. His father, Erwin Rommel Senior, was a Lieutenant in the German artillery. Following in his footsteps at the age of eighteen, Rommel would enlist before attending officer cadet school, graduating a mere two years before the outbreak of the First World War.

He would see combat almost immediately, engaging with French soldiers near Verdun in the summer of 1914 before the war had bogged down into the horrors of trench warfare. Even as a young officer, Rommel would seem to take well to maneuver warfare coupled with heavy attacks to punch through enemy lines, a tactic he would remain fond of and often use during his long career. Fortunately for him, Rommel would leave France before combat had become bogged down. He received a promotion and was shifted to combat the Romanians in the east, where he was reassigned to a newly formed corps of Mountaineers.

In the final two years of the war, Rommel and his unit would see extensive combat both in Romania and the ever-bloody back and forth known as the Isonzo front, which would see heavy fighting moving across a mountainous alpine region of north-eastern Italy along the Isonzo river, famous for the eleven major battles that took place there.

During this time, Rommel would earn the reputation of a daring, if somewhat insubordinate officer, who took infiltration and mobility to the extreme, pushing deep into enemy lines, often directly against orders, to out-flank and deceive his enemies into surrendering. Despite going against orders, Rommel was seldom punished as the German military often encouraged field officers to show initiative. Given his capture of some twenty-thousand Italian soldiers with only a few hundred of his own over two battles, it was hard to argue with the results. By the war’s end, Rommel had been promoted again and earned Germany’s highest medal of Pour le Mérite.

Following the armistice and the end of the war in late 1918, Rommel would return to a Germany quite nearly at war with itself. Between the fallout of the war, including the abdication of the monarchy, and increasing communist sentiment rising against the war and government, Germany found itself on the verge of revolution. A number of localized uprisings occurred, mostly communists displeased with the economic hardships brought about by both the war and reparations.

Remaining with the army, Rommel was often dispatched to put down these rebellions, which he would do peacefully and diplomatically. In 1934, the Nazi party took control of German politics and, by extension, its military, which was the first time Rommel met the dictatorial ruler of the party, Adolf Hitler. Hitler would soon become enamored with Rommel’s reputation and appoint him to increasingly important positions, including command of his own personal escort battalion.

For his own part, it seemed that Rommel, like so many others, would fall for the charisma that the Nazi leader was so famed for. While Rommel was never a part of the Nazi party and didn’t subscribe to Nazi ideals, it was clear that he was star-struck and captivated by the Fuhrer. Perhaps both found some similarities in each other, as both Rommel and Hitler were outsiders to the traditionally Prussian-dominated political and military landscape. Similarly, they seemed to share a genuine sense of friendship and an interest in engineering.

Exactly what Rommel’s thoughts were regarding Hitler and the Nazi party is a matter of constant debate among historians. However, a common interpretation is that while militarily brilliant, Rommel was incredibly naive in the realm of politics and tried to separate or ignore such matters whenever possible. While he would not take kindly to anti-Semitic or otherwise abusive behavior around or under him in the chain of command, he would do little to stop or acknowledge the growing trends around him. Ultimately, it seems as though Rommel genuinely did not follow the Nazi dogma, though it would be impossible for him to have reached his mythical status without Hitler’s personal favoritism.

With the outbreak of hostilities in 1939, Rommel first occupied a position in command of Hitler’s personal regiment and accompanied the Fuhrer as he inspected the war in Poland, often coming quite close to the frontlines. During this time, Rommel took a keen interest in the newest branches of the German army: the armored tank divisions, which were being used for the first time en masse.

Despite his service record, there were only a small number of tank (or panzer) divisions in the German army at this time, and many senior officers were slated to take these positions first. His friendship with Hitler would prove greatly beneficial for him here, as nepotism is often the way of dictatorships. Supported by Hitler and some other “outsiders,” or non-Prussian, members of the military, Rommel would be given command of the newly-formed 7th Panzer division. While Rommel had always served with infantry, he’d favored a highly mobile form of warfare based on fast movement, surprise, and positioning, all of which Germany’s armored divisions excelled at.

While the term blitzkrieg and its origins are somewhat debated, there is no doubt that the rapid mobile strikes across France were often spear-headed by Rommel and built upon the infiltration tactics which he had established in the First World War.

With eager enthusiasm, Rommel adapted to his new position, immediately taking part in maneuvers and training before the invasion of France in 1940. It seemed that armored tactics suited the new divisional commander well, and he often operated on the frontlines with his troops, at times even taking part in combat himself. Ultimately, the Battle of France would prove to be an immense success, with Rommel earning quite a reputation. Through this swift and decisive victory in France, Rommel had both silenced his detractors in the German High Command and built up an impressive reputation for German propaganda to weaponize. While his success in the fields of France, where Germany had stalled for so long in the First World War, was impressive, it was in the arid sands of North Africa that Rommel earned his famous moniker by which he is often known: the Desert Fox.

In June of 1940, Italy declared war on the Allies and, soon after, invaded from Italian occupied Libya into Egypt. What would follow would be a humiliating defeat on the part of the Italians, with their entire invading force captured or destroyed despite holding a near five-to-one advantage in men along with over twice as many armored vehicles and roughly fourteen times as much artillery.

To prevent the region’s complete and total collapse, Rommel was dispatched to North Africa in early 1941 as the head of the German Afrika Korps. While technically subordinate to the Italian command, there was little question about who was actually in charge as Rommel quickly took the initiative on the field, disregarding his initial orders to simply hold the line and force the Allies into full retreat. What would follow would be a series of long-reaching, back-and-forth battles that stretched virtually the entire northern coast of Africa for just shy of the next three years. During this time, Rommel would earn the nickname “The Desert Fox” for his cunning and tactical acumen.

While Hitler was indeed invested enough in North Africa to send one of his favored generals, there was no question that his focus lay almost entirely on Russia. With Operation Barbarossa, Axis forces in North Africa found themselves to be of secondary importance, with the overwhelming majority of supplies, armor, and manpower being sent to fight in Russia.

This was compounded with chronic fuel shortages, as none of Libya’s fuel reserves had yet been discovered. Further still, the Mediterranean was unable to be secured by the Italians, meaning that Axis shipping was under constant threat by Allied aircraft and raiding. Facing overwhelming advantages in tanks, aircraft, and manpower, and being pit against the impeccable military mind of Bernard Montgomery, the tide would finally be turned at the Second Battle of El Alamein. As the situation in North Africa looked more and more hopeless, Hitler recalled Rommel from Africa in 1943.

While Rommel’s career was far from over, rifts would start to appear between the Desert Fox and the Fuhrer, leading to larger and larger disagreements. By now, Rommel had become a legend not just in Germany but among the Allied nations as well. “The Desert Fox” was a rare instance of a commander respected by both friend and foe, seen as a man devoted and professional to the soldiers around him. While Rommel’s most daring act of the war was yet to come, it was his time spent in North Africa that earned him the nickname by which he would be forever remembered.

Why Is the 9th of November Important in Germany?