What Is Action Painting? (5 Key Concepts) 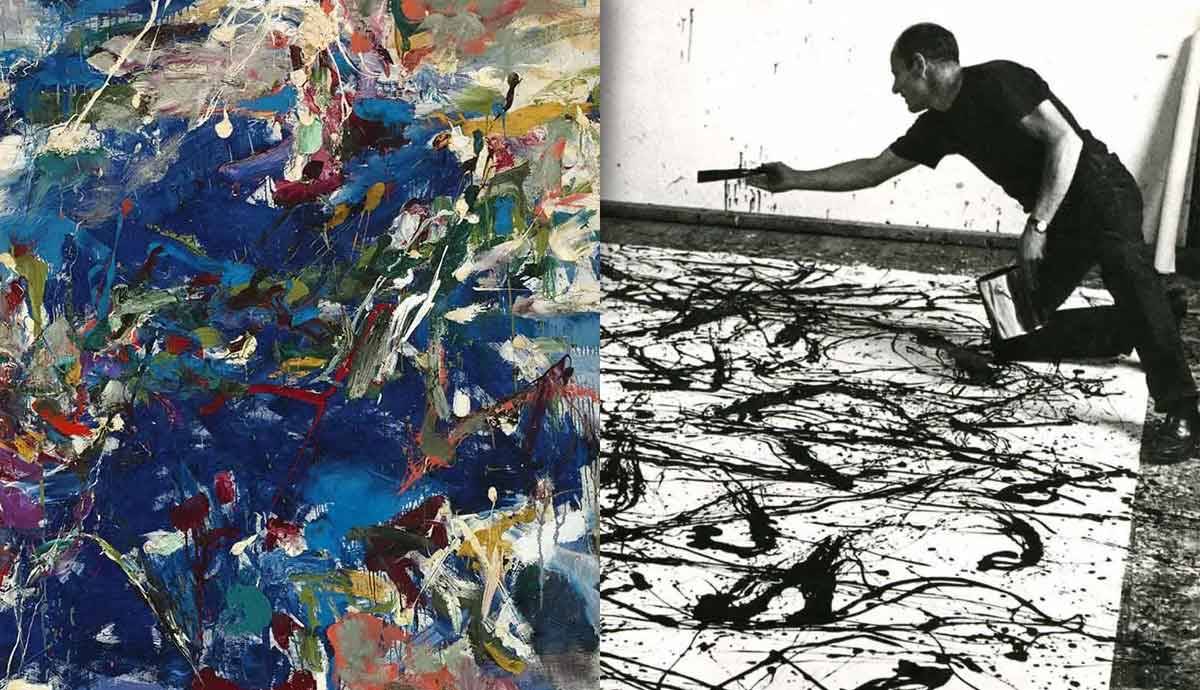 Action painting is an art term defined by the art critic Harold Rosenberg in the 1950s, to describe paintings that were made through grand, performative gestures such as dripping, pouring, dribbling and splashing. Rosenberg observed a rising trend in American art of the 1940s and 1950s for action-based painting, in which gestures became an integral part of the final artwork. He brought together his ideas in the iconic essay titled The American Action Painters, published in ARTnews in 1952. Later, Action Painting became recognized as a strand of Abstract Expressionism that had closer ties with Performance art. Read our guide below on the key concepts behind Action Painting.

1. Action Painting Is All About the Gesture

In contrast with the larger school of Abstract Expressionism, which encompassed a range of styles and processes, Action Painting was primarily a celebration of the painterly or expressive gesture, which its leading artists left clearly visible on the painted surface. Rather than laboring brushstrokes or overworking their canvases, artists left raw, primal marks in their pure, virgin state, giving their art a fresh, clean immediacy.

Jackson Pollock worked directly on the floor, dripping and pouring his paint in rhythmic patterns as he moved around it from all sides, a process that tracked the movements of his body through space. Pollock said, “On the floor I am more at ease. I feel nearer, more part of the painting, since this way I can walk around it, work from the four sides and literally be in the painting.” Meanwhile, Rosenberg argued that painting like that of Pollock and his contemporaries was no longer a picture, but “an event.”

2. Action Painting Can be Traced Back to Modernism

While Rosenberg conceived of Action Painting as an entirely modern phenomenon, the roots for this style of painting lie at the dawn of modernism. Many art historians argue that the Impressionists were the first Action Painters, because they emphasized the nature of paint and brush marks. Later, the French Surrealists opened up new, spontaneous ways of working, based on automatic drives rather than planning and forethought. Contemporary French art historian Nicholas Chare notes how, “the dynamics of action, as presented by Rosenberg, have visual precursors in the past.”

More often than not, the Action Painters made vastly scaled artworks, which accentuated the theatricality of their performance-like art. Rosenberg described how the canvas had become “an arena in which to act.” The slightly built Lee Krasner painted on such a huge scale that she had to literally jump to reach the farthest corners of her canvases. Some artists scaled up their brushstrokes, such as Franz Kline, who painted great broad strokes of black paint with household paint brushes, in a simplified style that mimics the calligraphy of Oriental art.

4. A Response to Postwar Politics

Rosenberg believed Action Painting came about as a response to the aftereffects of World War II. He argued that artists associated with this school were responding to the dehumanizing effects of war with the most direct, human language they could possibly make, drawing our attention back to the subjectivity of the individual. Rosenberg also argued that Action Painting was a response to the economic stagnation following the Great Depression, expressing a widespread cultural need for radical political change.

5. There Was No Defining Style

One of the best aspects of Action Painting was the fact that there was no one defining style. Pollock might be the movement’s poster boy, but the wonky, madcap Surrealism of Arshile Gorky, the wild figuration of Willem de Kooning, and the floral blooms of Joan Mitchell have all been considered different strands of Action Painting. By the early 1960s, Action Painting had paved the way for a new, less angst-ridden wave of Happenings, Fluxus and Performance art.