What is Inside Leonardo da Vinci’s Notebooks?

Leonardo da Vinci had a mind hundreds of years ahead of his time. We may uncover much of his genius through his vast archive of notebooks. 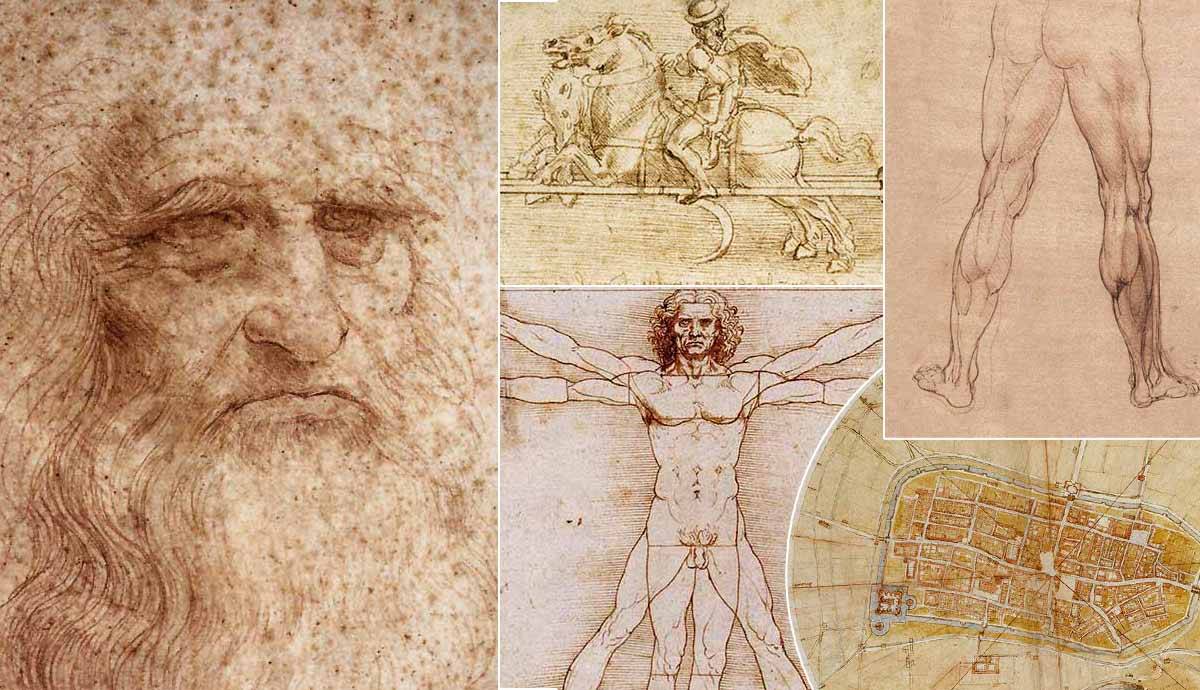 Leonardo da Vinci is a name everyone in the western world knows or will come to know. He is revered as a polymath and true renaissance man due to not only his interest in various fields of study but also his excellence. He built military and civil engineering works for dukes and Italian cities. He, heretically, found out and drew muscles and anatomy to diagrammatic levels so precise one could find them in a modern medicine textbook. He painted legendary artworks like the Mona Lisa and sculpted statues. He even drew fields of sleeping kittens and fierce dragons in his notebooks. But what else did he have in there?

Leonardo da Vinci was born on April 15, 1452 out of wedlock. His father was Ser Piero di Antonio da Vinci. Leonardo’s mother was a farmer’s daughter named Caterina, who married another man in 1453. Leonardo’s first recorded appearance was in the account book for the Painters’ Confraternity called Compagnia di S. Luca located in Florence. By 1473-1476, around the age of 21-24, Leonardo da Vinci is believed to have begun an apprenticeship as a painter for Andrea del Verrocchio. Da Vinci created multiple paintings while in Verrocchio’s employ.

In spring 1476, Leonardo da Vinci collaborated with Verrocchio and became one of many charged with sodomy with a 17-year-old goldsmith’s apprentice Jacopo Saltarelli. The charge was never fully carried out. In 1478, Leonardo was commissioned to create an altarpiece for a chapel in Florence, which he never finished, a common theme for the man. The next important piece of his, The Adoration of the Magi, was also never finished but dated to 1481. Leonardo eventually left Florence to work in Milan somewhere between 1481 and 1483. He marketed himself as a military engineer, architect, sculptor, and painter.

In 1489, at the age of 37, Leonardo da Vinci began his notes regarding anatomical information. Leonardo then produced notes for himself and codices, painted artwork like The Last Supper, and became a consultant for the Sala del Gran Consiglio after 1489. In 1500 and 1504, Leonardo went on trips for military engineering projects and reached out to the Sultan of the Ottomans about a bridge over the Bosporus in 1503. Leonardo appears to have begun painting the Mona Lisa sometime between 1503 and 1506 and finished it around 1517. In 1519, at the age of 67, Leonardo acknowledged his will and died in a castle in Cloux, France. He was buried in St. Florentine.

Perhaps the most exciting topic to delve into first is Leonardo da Vinci’s fascination with all kinds of anatomy. He drew men, women, horses, muscles, skulls, and other anatomical features. He even once dissected a “100-year-old man.” When looking at his anatomical drawings, one might think the drawings came directly from a science textbook.

One of his drawings is of a human skull, which is drawn so that it’s possible to see what is slightly underneath the outer encasing of bone. He drew sinuses and even labeled and positioned each tooth of the skull. What is also interesting is that he drew the roots of the teeth. Even by just glimpsing at the drawing, it’s evident that it appears very accurate and very proportional.

Leonardo da Vinci did not just draw bones; he also drew muscles. The muscles’ shape, size, and location must have been informed by the dissections he conducted. In this torso drawing, Leonardo drew not just the superficial muscles that can be found on very lean or very muscled individuals but the muscles that lie underneath those superficial muscles. The viewer can clearly see the accuracy and definition of the muscles. Da Vinci also noted how the muscles attach to the skeleton and to other muscles around it.

Leonardo’s fascination with anatomy did not end with humans. He also drew many horses, much more than one would expect from the average person. It is well known that Leonardo was commissioned to create a horse sculpture called the Sforza Horse. So, it very may well be in relation to that. But the picture below is more than just horsing around.

To go deeper than the superficial of simply drawing the exterior of a horse is what is important about this. Leonardo appeared to, and from his comments and quotes elsewhere in his series of notebooks, believe there is a beauty and relationship between the earth and men. That is showcased most explicitly with the Vitruvian Man, as shown at the beginning of this section on anatomy in da Vinci’s notebooks. It can clearly be seen that the master was making some connection between the shape and muscles of the horse’s legs and that of a man’s. This is not something that would really be discussed until Charles Darwin in the 1850s, hundreds of years later.

As mentioned earlier, Leonardo da Vinci marketed himself as a military engineer in order to secure a job with the Duke of Milan. But his extensive knowledge did not stop there, as he was also a civil engineer and architect. In reality, all three fields have very similar overlaps, and the term “civil” engineering is only there to denote that the engineering works are not primarily meant militaristically. But is there really much difference between a bridge needed to support war and the siege weapons that cross it?

In one drawing, Leonardo drew out an aerial map of Imola, Italy as an apparent urban planning practice. The drawing depicts the nearby river as well as the dense city. Unfortunately, a scale does not appear to be provided, though Leonardo’s hard-to-decipher handwritten notes surround the plan. As a matter of fact, most, if not all, of the writing in Leonardo’s notes are mirrored. It is possible and relatively easy to make out the Latin letters by reflecting the photo.

Unfortunately, his handwriting is like a doctor’s. The notes are also in Italian and can be deciphered with a bit of work. In the plan of Imola, the streets are very precisely defined, and in the bottom left corner of the city lies an apparent watch tower. Upon closer inspection, there appears to be a plan for a moat or a diversion of the nearby river, possibly to protect the city in an emergency. It cannot be said for certain upon inspection since there appear to be two different locations for stopgaps or gates to divert water, which is something a person with an engineering mindset would consider when drawing plans for a moat.

The next item drawn in Leonardo da Vinci’s notebook is actually a highly unique piece of machinery for his time. The machinery in question is not flight or flying machines – though those were quite revolutionary ideas for the 1500s. It is actually machinery that existed after flight was invented in 1903 on a sand dune in North Carolina – and that machinery is tanks.

This idea of destruction was a part of the service letter he offered to the Duke of Milan. He is quoted to have said:

“I can make armored cars, safe and unassailable, which will enter the close ranks of the enemy with their artillery, and no company of soldiers is so great that they will not break through them. And behind these, the infantry will be able to follow quite unharmed and without any opposition.”

Leonardo da Vinci may never have known the true power of what he devised. Tanks were the technology that broke the stalemate of the Western Front of the Great War. They were also the technology that allowed Germany to utterly dominate the European continent for roughly six years. This drawing was so far ahead of its time that the true power of the tank was only realized during World War II.

Quite frankly, Leonardo da Vinci would not do the world any good as an artist had he not drawn arrays of animals in his notes. Just like any true artist, he drew many cute and many ferocious animals. He had drawings of cats, dragons, lions, and more horses, just as before.

Perhaps the greatest of them all is this page of mostly cats of all sizes. He drew this when he was older, likely suffering from many problems of old age. One can see a number of cats simply playing with each other. There is one motion of a puma-like cat heaving back and bearing its fangs forward. On the left side is one cat that sticks out profoundly due to its hair sticking up and out.

There are also kittens on the right side lounging in the same manner they do in the 21st century. And towards the bottom right center of the drawings, there is a dragon among the chaos of cats. Perhaps Leonardo da Vinci found it to be similar to all the cats he drew and wanted to add it in after some inspiration. But the importance of this sheet shows that, even in his old and ailing age, da Vinci was not only a master of art and anatomy, but he did not lose his curiosity and even exquisitely human trait of being fascinated by fuzzy little cats. 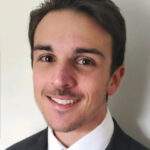 By Dennis LynchBSc Civil EngineeringDennis is a civil engineer turned writer with a passion for history. From the Romans to the Aztecs, to the Mamluks to the Qing, He finds all facets of history fascinating. He holds a Bachelor of Science in Civil Engineering from Rutgers University in New Jersey.

6 Emerging Artists From Milan Worth Knowing

Collaborationist or “Neutral”: What Was Vichy France?