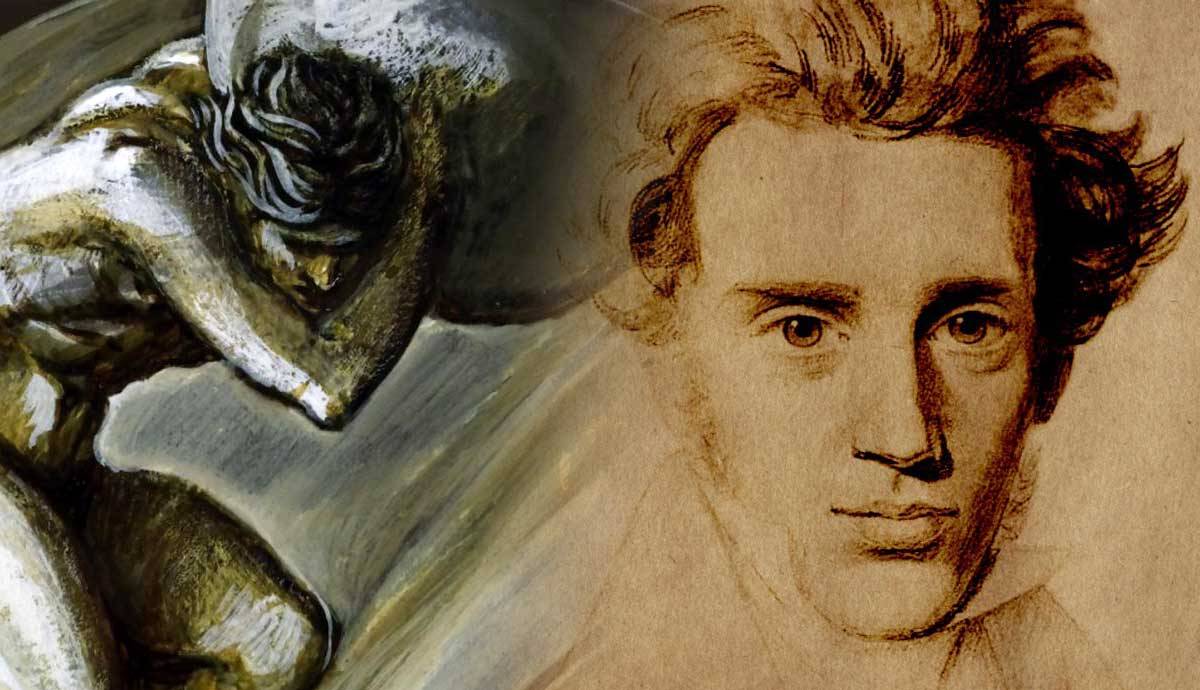 Derived from the Latin word ‘nihil’ meaning ‘nothing’, Nihilism was quite possibly the most pessimistic school of philosophy. It was a widespread style of thinking throughout 19th century Europe, led by prominent thinkers including Friedrich Jacobi, Max Stirner, Søren Kierkegaard, Ivan Turgenev and, to some extent, Friedrich Nietzsche, although his relationship to the movement was complicated. Nihilism questioned all forms of authority, including government, religion, truth, values, and knowledge, arguing that life is essentially meaningless and nothing really matters. But it wasn’t all doom and gloom – some found the idea of rejecting prescribed doctrines a liberating prospect, and Nihilism eventually paved the way for the later, less pessimistic philosophical styles of Existentialism and Absurdism. Read on to find out more about the central theories of Nihilism.

One of the fundamental aspects of Nihilism was its rejection of all forms of authority. Nihilists questioned what gave one figure the authority to preside over another, and asked why there should be such a hierarchy in place at all. They argued no one should be more important than anyone else, because we are all as meaningless as each other. This belief has led to one of the more dangerous strands of Nihilism, prompting people to wage acts of violence and destruction against the police or local governments.

In the wake of the Enlightenment, and its subsequent discoveries of ration and reasoning, German philosopher Friedrich Nietzsche argued that Christianity no longer made sense. He argued that a totalizing system that explained all truths about the world was a fundamentally flawed system, because the world is so complex, nuanced, and unpredictable. In his much talked about essay Der Wille zur Macht (The Will to Power), 1901, Nietzsche wrote, “God is dead.” He was referring to the rise in scientific knowledge and the way it eroded the foundational system of Christian belief that had been a bedrock of European society.

It is worth noting that Nietzsche didn’t see this as a positive thing – on the contrary, he was extremely worried about the impact this would have on civilization. He even predicted that the loss of faith would lead to the greatest crisis in human history. In his essay Twilight of the Idols: or, How to Philosophize with a Hammer, 1888, Nietzsche wrote, “When one gives up the Christian faith, one pulls the right to Christian morality out from under one’s feet. This morality is by no means self-evident… Christianity is a system, a whole view of things thought out together. By breaking one main concept out of it, the faith in God, one breaks the whole.”

If there was no God, no heaven and hell, and no real authority, Nihilism argued that nothing had any meaning, and there was no higher purpose or calling in life. It’s a pretty depressing attitude, defined by pessimism and skepticism. And at times this attitude has led to wanton acts of violence and extremism. But some peaceful figures, such as German philosopher Max Stirner, argued this change was a necessary point of evolution, allowing the individual to wriggle free from the constraints that were placed on them by controlling systems of authority. Danish theologian Soren Kierkegaard was deeply religious, and he argued that we could still believe in the “paradoxical infinite”, or blind faith, even if Nihilism threatened to destroy it. Meanwhile, Nietzsche believed we should accept the fear and uncertainty of the unknown, in order to pass through it and find a new higher calling.

Towards the 20th century, the doom and gloom attitude of Nihilism softened. It eventually evolved into the less anarchic style of Existentialism. While Existentialists shared some of the skepticism about power systems and religion as their predecessors, they also believed the individual had the power to find their own purpose in life. From Existentialism, Absurdism emerged. The Absurdists argued that the world might well be chaotic, turbulent and absurd, but we could still celebrate it, or perhaps even laugh, but only in a wry, cynical way.