HomeAnswersWho Are the Most Famous Ancient Roman Poets? (Top 5)

Who Are the Most Famous Ancient Roman Poets? (Top 5) 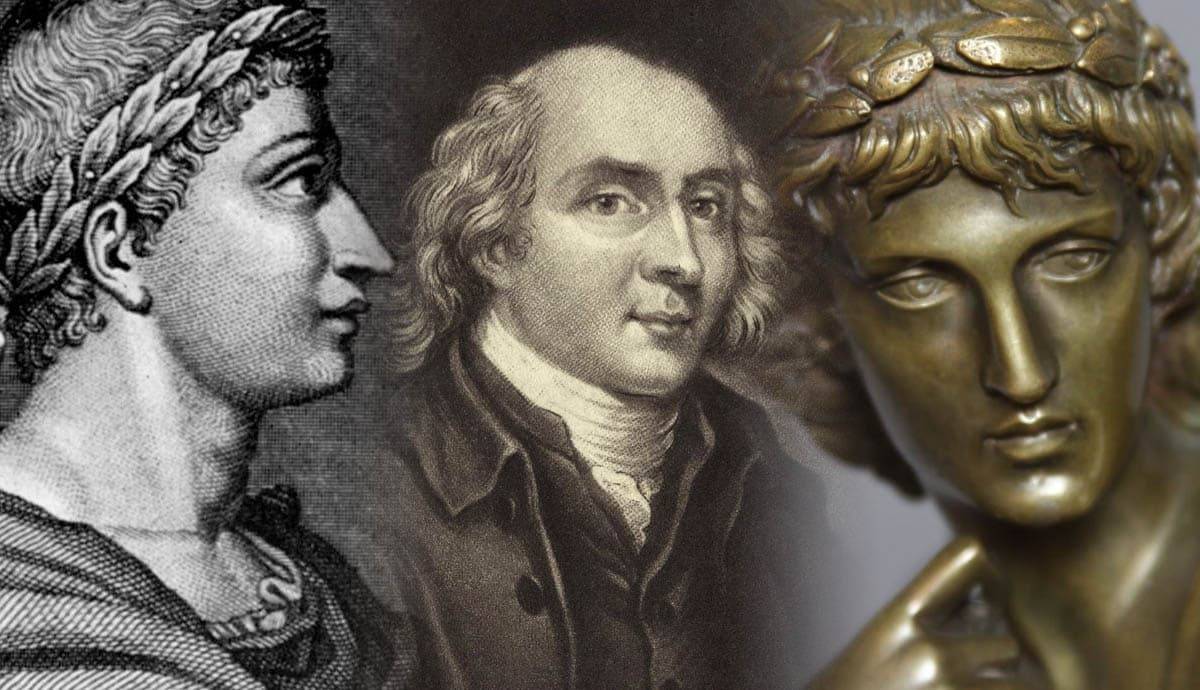 Ancient Rome was an incredible place of creative discovery, and society flourished across the arts, sciences and politics. Literature was undoubtedly one of the finest arts to emerge out of ancient Rome, painstakingly scribed with metal pins and ink onto papyrus scrolls in the Latin language. Poetry, in particular was a popular and widespread art form, and the incredible writers of this period continue to influence the way we think about poetry today. But who were the most famous and celebrated ancient Roman poets, and what, exactly, did they write? Let’s take a closer look at the top 5 best-known poets to emerge from this ancient culture and the iconic texts they wrote.

Of all the ancient Roman poets, Publius Vergilius Maro – better known as Virgil – is surely the best-known and most celebrated. He famously wrote the legendary poem The Aeneid, which is now considered ancient Rome’s national epic. Weaving together Greek myth with fantasy and real history, Virgil’s tale about the adventures of Aeneas as he battles his way through gods, monsters and terrifying storms on his way to found Rome is filled with swashbuckling adventure, and it went on to influence centuries of writers and artists to follow, most notably Dante’s Divine Comedy. Other important poems by Virgil that contributed to the rich culture of ancient Rome include the Eclogues/Bucolics and the Georgics.

2. Ovid: The Man Who Inspired the Renaissance

Publius Ovidius Naso, known today as Ovid, is another of ancient Rome’s finest poetic writers. His most celebrated contribution to the literary arts was his Metamorphoses, a long verse poetic text which retold ancient Greek and Roman legends as one long continuous narrative sequence, over 900 lines long. During the Renaissance, many artists were hugely inspired by the flourishing creativity of Ovid’s Metamorphoses, including Titian, Poussin and the Pollaiuolo brothers, and his text is brought alive and immortalized through their lively works of art. Other notable texts by Ovid are the Fasti, based on the structure of the pagan Roman calendar, and Ars Amatoria (the Art of Love).

Horace, whose full name as Quintus Horatius Flaccus, was another ancient Roman poet whose voice has reverberated throughout history. A contemporary of Virgil, Horace was recognized during his day as one of ancient Rome’s most inventive and original lyricists. Horace’s most renowned poetic work was his Odes, a series of four books featuring poems which explore a variety of themes, including love, courage, and hymns to the gods. He also wrote a series of seventeen poems called Epodes, which explore love, politics and satire, and he even wrote numerous songs with a comical slant. Horace’s light and entertaining writing style was revived during the Renaissance period by various scholars including Petrarch and Dante.

4. Lucretius: A Man of Rationalism and Reasoning

Roman poet and philosopher Lucretius, whose full name was Titus Lucretius Carus, is only associated with one major body of work, a lengthy series of didactic poems titled De Rerum Natura (On the Nature of Things). Divided into six long books, the poem explores physics, poetics, language and metaphor, and goes into lengthy detail about the development of the world. Lucretius essentially emphasized the rational laws of nature, and argued that deities did not create the universe, although he still believed they existed. As such, his book was regarded by the critics of ancient Rome as a dangerous threat to religious belief, earning him a somewhat infamous reputation during his day. Interestingly, his book was later adopted by atheists as a form of manual, which might have disappointed Lucretius, who was a deeply religious man.

Catullus – full name Gaius Valerius Catullus – wrote short, entertaining poems for ancient Rome that focused on personal, intimate stories and encounters. This approach stood in contrast with the epic, grandiose and theatrical historical tales we might usually associate with the poetry of ancient Rome. Catullus’s many poems reveal private stories about the poet’s friendships with well-known figures, most notably Julius Caesar, and tell tales of love, friendship and sexuality at a time of liberal politics and sexual freedom. Humor, satire and humanity are considered his most redeeming qualities, and his poems still make for light-hearted, entertaining reading today.