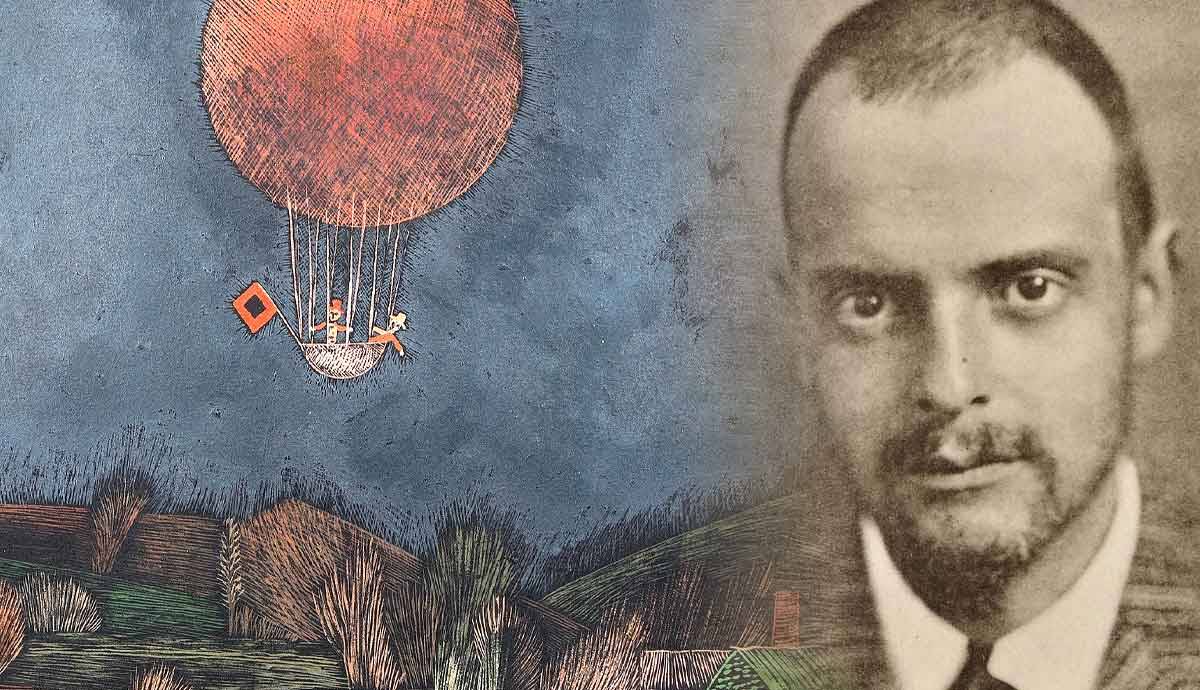 Cubist, Expressionist and Surrealist, Swiss artist Paul Klee made a vast contribution to the history of art. His madcap drawings, paintings and prints encapsulated the experimental spirit of the early 20th century, a time when artists were just beginning to untap the potent potential of the unconscious mind. Klee famously liberated drawing from the shackles of realism, coining the oft-repeated phrase “taking a line for a walk.” He also successfully merged multiple strands of art into a unique and singular style. We celebrate the quirky and eccentric world of Paul Klee with a list of facts about his life and work.

Paul Klee’s childhood in Munchenbuchsee, Switzerland was filled with the joys of music; his father taught music at the Berne-Hofwil teacher’s college, and his mother was a professional singer. Under the encouragement of his parents, Klee became an accomplished violin player. So much so, Klee even considered training to become a professional musician. But in the end, Klee was more excited to become a visual artist than a performer, craving the unpredictable nature of making art. Nonetheless, music was always an important part of Klee’s adult life, and it even inspired some of his finest works of art.

2. He Moved from Switzerland to Germany

In 1898 Klee moved from Switzerland to Germany. Here he trained as a painter in Munich’s Academy of Fine Arts and studied with German Symbolist Franz von Stuck. While in Germany Klee married a Bavarian pianist named Lily Stumpf in 1906, and they settled in a suburb of Munich. From here, Klee tried to become an illustrator, but it wasn’t to be. Instead, he turned his hand to making art, producing a range of surreal, expressive and playful drawings. Eventually his art caught the attention of several likeminded artists, including Auguste Macke and Wassily Kandinsky. They invited Klee to join their group, The Blue Rider, a collective of artists who shared a mutual fascination with self-expression and abstraction.

3. He Worked Across Multiple Styles

One of the most fascinating aspects of Klee’s career was his ability to cross multiple styles, sometimes even within a single work of art. Elements of Cubism, Surrealism, and Expressionism can be seen in many of his finest works of art, including the paintings Comedy, 1921, and A Young Lady’s Adventure, 1922.

Throughout his entire career Paul Klee was incredibly prolific, working across a huge range of media including painting, drawing, and printmaking. Scholars estimate that Klee produced more than 9,000 works of art, making him one of the most productive artists in the history of art. Many of these were small-scale, featuring intricate areas of pattern, color and line.

5. Paul Klee Was a Color Specialist

As a student in Munich Paul Klee once admitted to struggling with the use of color. But by the time he was an established artist, he had mastered a distinctive way of painting with color, arranging it into patchwork or radiating patterns that seem to shimmer as if moving in and out of the light. We see how Klee brought color to life in works such as Heavenly Flowers Above the Yellow House, 1917, Static-Dynamic Gradation, 1923, and Ships in the Dark, 1927.

6. He Taught at the Bauhaus School of Art and Design

One of the most influential aspects of Klee’s career was his role as a teacher at the Bauhaus School of Art and Design, first in Weimar, and later in Dessau. Klee remained here from 1921 to 1931, teaching a range of subjects including bookbinding, stained glass, weaving and painting. He also delivered lectures on how to create visual form. One of his most radical teaching methods was the process of “taking a line for a walk,” or “moving freely, without goal,” to create meandering, entirely abstract line drawings. Klee also encouraged his students towards abstraction with his own eccentric methods, such as working with interconnected, ‘circulatory systems’ of line that he likened to the inner workings of the human body and taking scientific approaches to color theory.