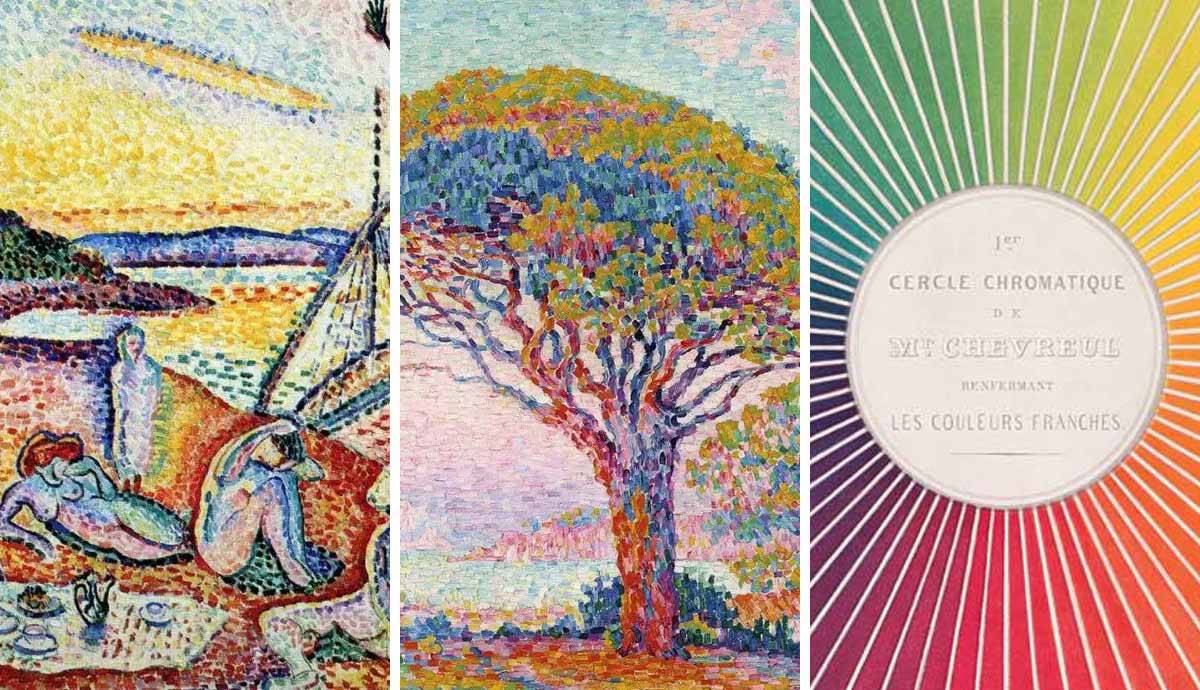 Neo-impressionism is a style of painting that emerged during the late 19th and early 20th century. It was a smaller off-shoot of Impressionism, and the two styles share many similarities, such as an interest in the depiction of light, and the observation of everyday life.  But the two styles are also distinct from one another. One key difference is the way Neo-impressionists worked with color – they took a more rational and scientific approach, working slowly with tiny, scattered dots of bright color, to create shimmering visual effects. This working method means they are sometimes called Pointillists or Divisionists. Read on to learn more about this small-scale, yet fascinating strand of modern art.

1. The Leaders of Neo-Impressionism Were Georges Seurat and Paul Signac

Neo-impressionism was a small-scale art movement that remained largely inside France. The artists who pioneered the style were Georges Seurat and Paul Signac. Both lived in Paris, and worked in a remarkably similar way. This means it can sometimes be hard to tell one artist’s art apart from the other. Other French artists who later joined them included Henry Edmond Cross, George Lemmen, Théo van Rysselberghe, Jan Toorop, Maximilen Luce, Albert Dubois-Pillet, and Henri Matisse. Art critic Felix Feneon coined the term Neo-impressionism after seeing Georges Seurat’s art at the Salon des Independents, and noting how he was taking Impressionist ideas in a bold and exciting new direction.

2. They Were Inspired by Color Theory

During the 19th century, various scientists and theorists wrote about new discoveries in optics and the science of color. These included Michel Eugene Chevreul, Ogden Rood and David Sutter. The Neo-impressionists were particularly interested in Chevreul’s color wheel, and his theories on opposing colors. Chevreul argued that two colors opposite one another on the color wheel were so different, they could create a dazzling visual effect when placed side by side. Having spent time restoring tapestries, Chevreul had witnessed the impact of this visual trick first hand. Taking influence from Chevreul, the Neo-impressionists applied opposing colors together side-by-side in their art, leaving them to blend in the eye. For example, When Seurat painted large patches of green grass, he also included scattered dots of opposing red, which gave definition and depth to the green.

3. They Applied Tiny Dots or ‘Points’ of Color

The Impressionists developed a distinctive way of painting, with small, swift dashes of pale color. Meanwhile, the Neo-Impressionists developed this technique a stage further, making their application of color even smaller and more precise. As both Seurat and Signac’s styles developed, they both worked with increasingly small dots. When seen up close, the effect is much like looking at a pixelated television screen, while from a distance, the scene emerges from the haze. Even so, the edges of forms in Neo-impressionist art are often indistinct and blurry. This creates a shimmering, dizzying ‘heat-haze’ effect, which went on to inspire the Op Art of British painter Bridget Riley later in the 20th century.

4. They Painted Scenes from Normal Life

5. Neo-Impressionism Paved the Way for Fauvism

The bright patches of pure, unmixed color that the Neo-impressionists worked with were an eye opener for many up-and-coming artists in the 20th century. In particular, the French Fauvists, including Henri Matisse, Maurice de Vlaminck and Andre Derain had a distinctly Neo-impressionist feel, with patches of scattered brushstrokes. However, the Fauvists were more expressive and spontaneous, opening up the avant-garde era that was to follow.