HomeAnswersWho Made the First Oil Painting?

Who Made the First Oil Painting? 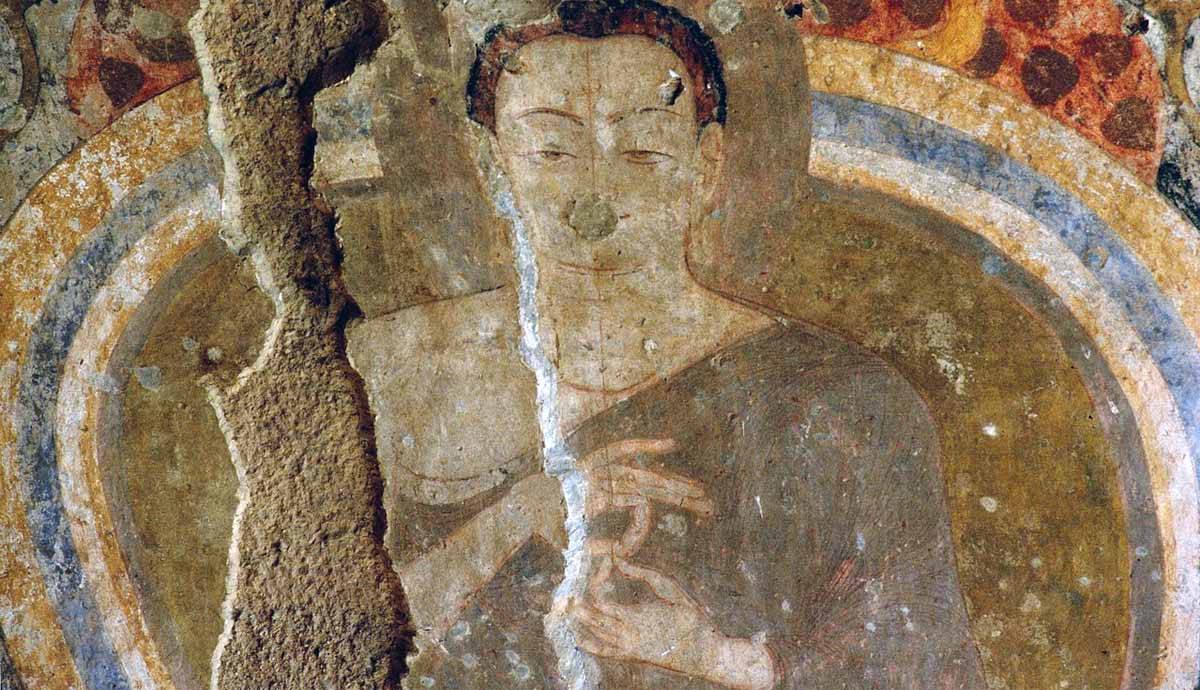 Of all the art mediums available to artists today, oil painting must be one of the oldest and most enduring. Museums around the world contain all manner of oil paintings spanning the Renaissance to contemporary times. These artworks demonstrate just how versatile and popular the medium continues to be. But who actually made the first oil painting? While no one really knows the full history of the technique, some clues allow us to track at least some of the history of the age-old art practice that lives on today.

The earliest examples of oil painting have been traced back to the 7th century. Archaeologists discovered them in the historic village of Bamiyan in Afghanistan, near the Bamiyan Buddha sculptures, in a former site on the silk trade route. Artists painted directly onto the walls, and preserved their work with a layer of varnish. While these murals are the earliest known examples of oil painting, they are incredibly sophisticated. This suggests the painting medium must have already been in practice for some time.

Some centuries later, the 12th century German monk, artist and writer Theophilus included a description of oil painting in his manuscript On Diverse Arts, produced in around 1125 AD. Theophilus wrote about a process which included “grinding colors with oil” to create a thick and vibrantly colored paste for painting with. His technique related to decorative carvings, wood paintings, sculptures and murals, rather than fine art. Instead, egg tempera (binding pigments with egg) that became the dominant painting technique for artists throughout the Middle Ages across much of the western world.

Various artists from the Netherlands popularized the oil painting medium during the 15th century Northern Renaissance. Their ideas then spread throughout Northern Europe and on to Italy. Leaders of the Netherlandish school were Jan van Eyck and his brother Hubert. Both artists developed an understanding of how colored pigments could blend with oils to create sparkling colors and dazzlingly lifelike effects. Van Eyck worked with a layering process, underpainting with egg tempera before layering this surface with transparent glazes of oil paint. This technique allowed him to create radiant, glistening effects as the light penetrated through his translucent layers of paint.

Leading on the example of Van Eyck, the Italian painter Giovanni Bellini helped to popularize oil painting in Italy – like Van Eyck he still worked with a tempera underpainting, but he also pioneered techniques such as impasto (thick layers), and wet on wet processes to create lively, expressive and painterly results. Following in Bellini’s footsteps was his young protégé, the pioneering Renaissance painter Titian, who made even more free and expressive paintings made exclusively in oil, leaving visible brushstrokes and paint marks on the canvas, thus revolutionizing a new approach to making art.

Over the following centuries oil paint became increasingly dominant as artists realized its full potential for creating a huge range of results, such as the translucency of skin and fabric, the sheer effects of light in the sky, minutely detailed depictions of nature and acts of impasto expressionism. The invention of new pigments, and eventually portable paint tubes meant it became easier than ever to adopt the material towards the early-to-mid 19th century. Since then it has remained a vital component of artistic practices across the world. Even today, artists are continuing to experiment with its possibilities, from Gerhard Richter’s squeegee paintings to Marlene Dumas’s watery inventions, proving there is still so much life hidden within the historical tradition.

Who Was Buddha and Why Do We Worship Him?