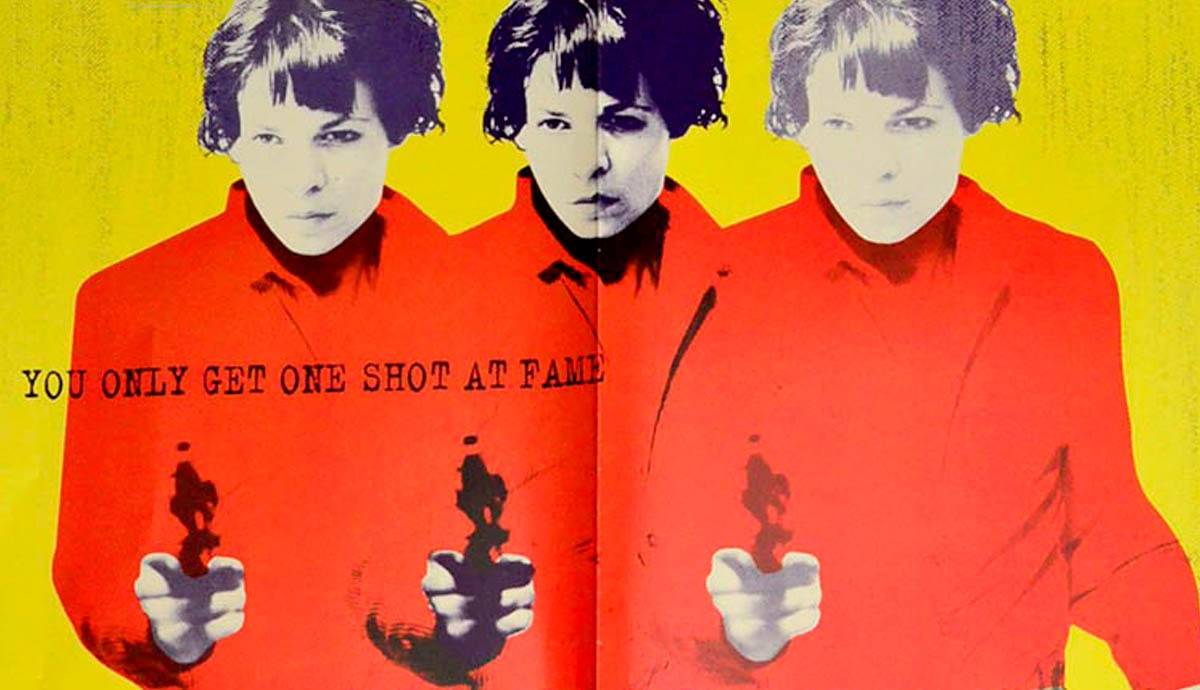 Pioneering Pop artist Andy Warhol rose to superstardom in the 1950s, becoming a household name across the world. But tragically, Warhol’s fame came with a cost, sometimes attracting the wrong kind of attention. In 1968, the extremist feminist writer Valerie Solanas entered Warhol’s New York office. Carrying two loaded guns, she shot Warhol in the stomach and chest. Although he almost died, the shots weren’t fatal. Instead, Warhol suffered severe health complications for the rest of his life. Canadian film director Mary Harron told this story of Warhol’s undoing in the biopic film I shot Andy Warhol, 1996. So, who was Solanas, and what drove her to commit this horrific crime?

The woman who shot Andy Warhol was Valerie Solanas, a subversive feminist with extreme, polemic views. A regular fixture in the New York social scene, Solanas wrote a series of radical texts that made many uncomfortable. Some were even too extreme for the Pop Art social circle around her. One of these was the S.C.U.M. Manifesto, an acronym for her self-coined group, ‘The Society for Cutting Up Men’. In the text she called for the complete obliteration of men, which she agued would lead to a utopian society run entirely by women. Readers didn’t quite know what to make of this text; some saw it as a feminist call to arms, while others read it as a work of humorist satire. Solanas also wrote a crude play, titled Up Your Ass, chronicling the misadventures of a lesbian prostitute. It was this text that led Solanas into contact with Andy Warhol.

Solanas aggressively tried to get Andy Warhol to produce her lewd play. Warhol said no, but instead offered Solanas a part in his film, I, a Man, 1967, as an offer of goodwill. This wasn’t enough for Solanas, and she began to develop an intense grudge against Warhol. When Warhol lost track of Solanas’s manuscript, she became increasingly irate and paranoid, believing he was trying to steal her ideas for himself. In a moment of complete madness, she made her way into Andy Warhol’s famous office at The Factory, and fired the almost fatal shots at the artist before wandering casually away.

While paramedics rushed Warhol to hospital for his wounds, Solanas walked around the streets in a daze, before finally confessing her crime to a nearby policeman. When police asked why she did it, Solanas simply claimed Andy Warhol, “had too much control over my life.” Before standing trial, Solanas was institutionalized and underwent a series of psychological assessments, and was eventually diagnosed as a paranoid schizophrenic. She was sentenced to three years in prison. In a later interview, when pressed further for a motive, Solanas argued, “I have a lost of very involved reasons. Read my manifesto and it will tell you who I am.” Critics lampooned Solanas as a fame-hungry wannabe, and a series of high-profile feminists spoke out against her actions.

At Columbus Hospital, Warhol was declared dead for a full two minutes, with a ruptured stomach, liver, spleen and lungs. Meanwhile, Warhol’s fans and followers wept in the nearby waiting rooms. Miraculously Warhol resurfaced after a grueling 5 hours of surgery, but he was a changed man, for whom life would never be the same again. He spent two months recovering in hospital, and after returning home, he was forced to wear a tight surgical corset to hold his organs together for the rest of his life. Warhol also became less trusting of strangers, and developed an intense phobia of hospitals. Some say it was this fear that eventually led to Warhol’s death following gallbladder surgery for a severe infection, which he had been putting off for far too long.