Who Was Giorgio de Chirico? 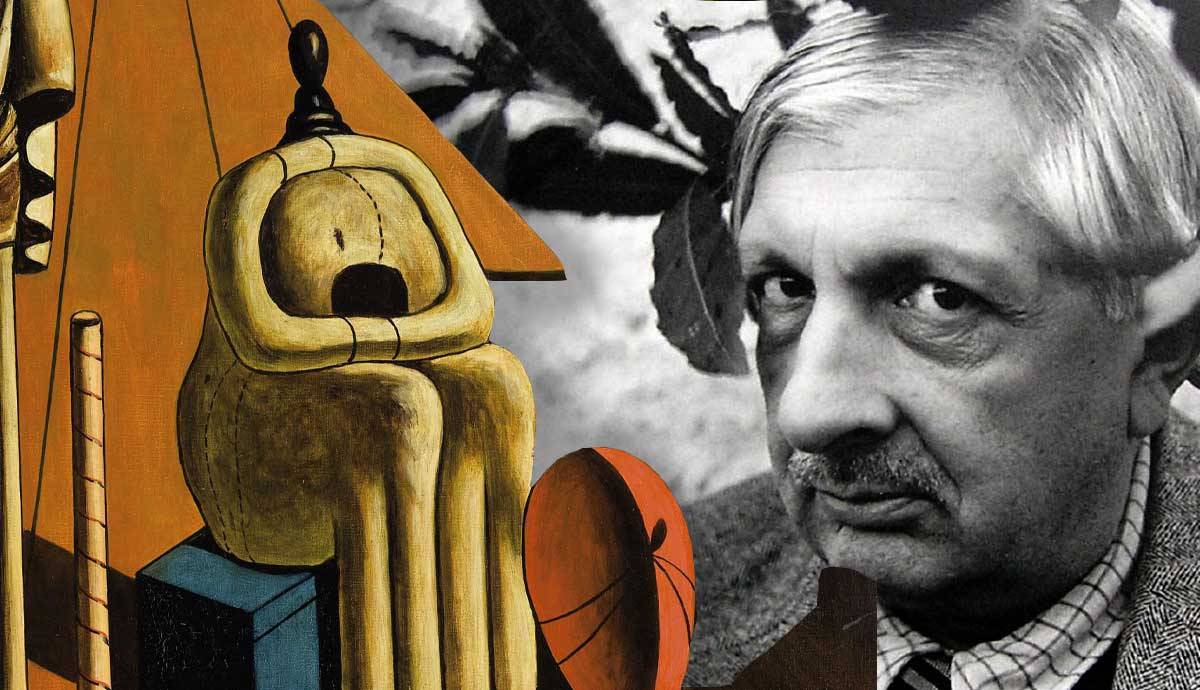 Giorgio de Chirico was a pioneering Italian artist of the 20th century, who made haunting, atmospheric paintings resembling dreams or nightmares. He merged broken fragments of classicism with ordinary, quotidian objects (including bananas, balls and rubber gloves) and the harsh angles of European modernism, creating eerie, disjointed and unforgettable images that prefigured the rise of French Surrealism. We pay tribute to the great Italian master who coined his art “Metaphysical Painting,” with a series of the most compelling facts surrounding his life.

1. Giorgio de Chirico Was an Outsider

From the beginning of his career De Chirico was an outsider figure, who made work outside the mainstream avant-garde styles. Born in Italy, he moved to Paris in 1911, where he was immersed in the rising styles of Cubism and Fauvism. De Chirico undoubtedly absorbed influences from these styles. But he also forged his own unique path, making art that was distinctly different from those around him. In contrast with his contemporaries, De Chirico moved away from painting literal depictions of the real world. Instead he chose to escape into dream-like realm of fantasy.

The radical poet Guillaume Apollinaire spotted De Chirico’s talent early on. Apollinaire wrote in a review of an exhibition by the young De Chirico: “The art of this young painter is an interior and cerebral art which bears no relation to that of the painters of recent years.”

An important feature in De Chirico’s art from early in his career was the revival of classical imagery. De Chirico saw in ancient relics of the past the ability to convey eerie, haunting and melancholic qualities. When coupled with strange, angular lighting and solid blocks of bold color, De Chirico found he could create ghostly, ethereal and deeply atmospheric visual effects. It was these very qualities that led art historians to associate De Chirico with the Magical Realism movement.

When De Chirico returned to Italy in 1917, he established what he called the Scuola Metafisica (or Metaphysical School), along with his brother Alberto Savinio and the Futurist artist Carlo Carrà. In the movement’s manifesto, De Chirico argued that metaphysical painting looked beneath the surface of the real world to find curious and uncanny hidden meanings. This distortion of real-life subjects also tied De Chirico in with the wider school of Magical Realism. He explained, “What is especially needed is great sensitivity: to look upon everything in the world as an enigma…. To live in the world as in an immense museum of strange things.”

4. His Painting, The Song of Love, Made Rene Magritte Cry

De Chirico’s paintings had a profound influence on many of the French Surrealists. When the young Rene Magritte first saw De Chirico’s painting The Song of Love, he was reportedly so overwhelmed he even broke down in tears. Magritte, and many other Surrealists, including Salvador Dali, Max Ernst, Paul Delvaux and Dorothea Tanning, went on to make art that took influence from De Chirico’s curious juxtapositions of real-life imagery and dream-like scenarios.

In his later career, De Chirico abandoned the surreal, uncanny qualities of his earlier art for a more straightforward figurative style of painting. He explored highly skilled drawing and painting techniques, as opposed to the avant-garde expression of the artist’s inner soul. This shift prompted the Surrealists to turn their backs on De Chirico, the man they had once so admired. But even so, De Chirico was no doubt happy to maintain his status as an outlier, beyond mainstream art production.