HomeArtistsDora Maar: Picasso’s Muse and An Artist Herself

Dora Maar: Picasso’s Muse and An Artist Herself

Dora Maar did not only inspire Picasso, but she was also an artist herself. Her body of work includes photomontages, paintings, and street photography. 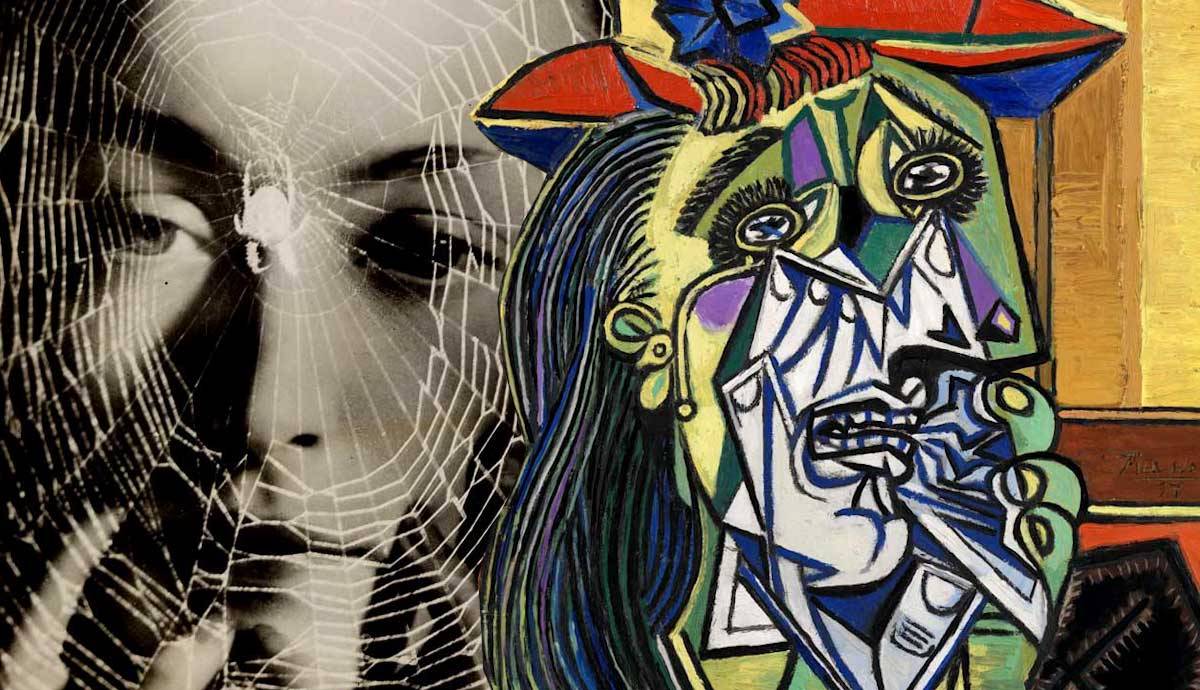 Dora Maar is often seen as the woman who inspired Picasso’s Weeping Woman series. Picasso and Maar were lovers and they both impacted each other’s work. He encouraged her to paint again, and Dora Maar’s political nature influenced Picasso. Their intense relationship often overshadowed Maar’s own work as an artist. She worked with various materials, explored different styles, and created works with different purposes, such as advertisement, documentation, or social advocacy. Today, she is probably best known for her uncanny, bizarre, and dreamlike contributions to Surrealism. Her body of work offers incredible pieces of art that demonstrate how versatile and innovative the French artist was.

Dora Maar was born in 1907 in France. Her mother was French, and her father was Croatian. Even though the artist is known under the name Dora Maar, she was originally named Henrietta Theodora Markovitch. Since Maar’s father was employed as an architect in Buenos Aires, she spent her childhood in Argentina. In 1926, she went to Paris to study art at the Union Centrale des Arts Décoratifs, the École de Photographie, and the Académie Julian. She started to work as a photographer in the early 1930s. During that time, Maar shared a darkroom with the Hungarian-born French photographer Brassaï and was invited to share a studio with the set designer Pierre Kéfer.

In this studio, Maar and Kéfer produced portraits, advertisements, and works for the fashion industry under the name Kéfer-Dora Maar. The pseudonym Dora Maar was born. The commercial work Maar created in the early stages of her career often straddles the line between visually innovative advertisement and Surrealist imagery. Her work titled The Years Lie in Wait for You was probably an ad for an anti-aging product, but it also displays Surrealist characteristics such as the visible construction of the work and the dreamlike quality.

Dora Maar was properly introduced to Picasso in 1936. The poet Paul Éluard introduced her to the artist at the Café Deux Magots. Apparently, their first meeting was just as intense as their relationship. Picasso was fascinated by her beauty and her theatrical behavior. During their first meeting, Maar was wearing black gloves decorated with little pink flowers. She took the gloves off, placed her hand on the table, and used a knife to stab the table between her fingers. She sometimes missed which resulted in her hands as well as her gloves being covered in blood. Picasso kept the gloves and put them on display in a shrine in his apartment. They became lovers and Dora Maar became his muse.

When Maar and Picasso met, her career was going well but Picasso was just recovering from an artistically unproductive period. He had not created any paintings or sculptures for months. He described this phase as the worst time of his life.

Dora Maar was the model for Picasso’s Weeping Woman series. Picasso said that this was just the way he saw Maar and that he did not derive pleasure from depicting her in “tortured forms,” but the art historian John Richardson interpreted the situation differently. According to him, Picasso’s traumatic manipulation of her caused Maar’s tears. She was not satisfied with the way Picasso portrayed her and she called all of the portraits lies.

Maar was not only Picasso’s muse, but she also enhanced his political knowledge and taught him the cliché verre technique, a method that consists of both photography and printmaking. She also documented the process of Picasso creating Guernica, one of his most famous works. It was Picasso who encouraged her to paint again and by 1940 Dora Maar’s passport said that she was a photographer/painter.

People who witnessed their relationship stated that Picasso enjoyed humiliating Dora Maar. In the 1940s the couple became more and more estranged. Picasso left Dora Maar for the painter Françoise Gilot and Maar had a nervous breakdown. She was sent to a psychiatric hospital and received electric-shock therapy. Paul Éluard, who first introduced them to each other, was still a close friend of Maar and he requested her transfer to the clinic of the famous psychoanalyst Jacques Lacan. At his clinic, Lacan treated Maar for two years.

Maar and the Surrealist Movement

During the early 1930s, Dora Maar became involved with the Surrealist circle. She had a close relationship with André Breton and Paul Éluard, both founders of the Surrealist movement. Her left-wing political views were represented in the movement. She signed at least five manifestos, photographed many Surrealist artists, and exhibited with them in group exhibitions. Her photographs were often reproduced in their publications. Not many artists were invited to participate in the surrealists’ exhibitions. Considering that it was even less likely for female artists to be included, Maar’s involvement shows that her work was valued by the leading members of the group.

Her Portrait d’Ubu became an iconic image of the Surrealist movement. Dora Maar never disclosed what the picture portrayed, but it is speculated to be a photograph of an armadillo fetus. In 1936, it was featured at the exhibition of Surrealist objects at the Galerie Charles Ratton in Paris and at the International Surrealist Exhibition in London. Both her works Portrait d’Ubu and 29 Rue d’Astorg were distributed as Surrealist postcards.

The exploration of the subconscious, the rejection of rational thought, and the integration of dream and fantasy into reality were central themes of the Surrealist movement. Dora Maar used mannequins, clearly constructed photomontages, and dreamlike visuals to create Surrealist images. Her works depict themes such as sleep, the unconscious, and eroticism.

Maar’s 29 Rue d’Astorg seems like a scary vision from a disturbing nightmare. While the sight of someone sitting on a bench in a corridor is nothing unusual, the mannequin-like and misshapen figure in a distorted environment has an uncanny effect often found in Surrealist images. Other works by Dora Maar, like The Simulator, have a similar effect.

The Artist as a Street Photographer

Street photography represents a great part of Dora Maar’s body of work. She took most of these photographs in Paris, where she lived during the 1930s, but she also created some during her trip to Barcelona in 1933 and London in 1934. Maar was politically active in several groups during the 1930s, which can be seen in many of her street photography pieces. In an interview in the 90s, the artist revealed that she was very left-wing during her youth.

Due to the 1929 economic crisis, social conditions were not only precarious in the US but also in Europe. Maar documented these circumstances, and her images often depict disadvantaged individuals living on the margins of society. She photographed poor people, homeless people, orphans, the unemployed, and the elderly. In order to quickly capture the people and objects she saw on the street, Maar used a Rolleiflex camera.

Dora Maar as a Painter

In her youth, Dora Maar studied painting, but she seems to have doubted her abilities as a painter and worked as a photographer instead. In the late 1930s, she started painting again, which Picasso encouraged. These paintings display Cubist characteristics suggesting that her works were influenced by Picasso’s style. After her breakdown, Maar continued to paint. Most of her paintings were still lifes and landscapes.

The 1940s were a difficult period for Dora Maar, which is visible in some of the artworks she made during that time. Her father left Paris and went back to Argentina, her mother and close friend Nusch Eluard died, some of her friends went into exile, and she broke up with Picasso. Maar continued to exhibit her works during the late 1940s and 1950s, but she also withdrew from the world. Her paintings from the post-war era were exhibited at solo shows at the gallery of René Drouin and at the gallery of Pierre Loeb in Paris.

The painting The Conversation was part of the comprehensive retrospective of Dora Maar’s art at the Tate. The woman with the black hair and her back turned to the viewer is a depiction of Dora Maar herself. The other woman who faces the spectator is a portrayal of Marie-Thérèse Walter. Marie-Thérèse Walter was not only Picasso’s lover, but she was also the mother of his daughter. According to Emma Lewis, the assistant curator at the Tate, the three had a complex relationship. She said that Picasso kept the women in his life in uncomfortable proximity to one another. Her work The Conversation is therefore another testament to the complicated and often even abusive relationship with Picasso.

Collector Found Guilty For Smuggling Picasso Painting Out Of Spain