Who Was Simone de Beauvoir? (5 Facts) 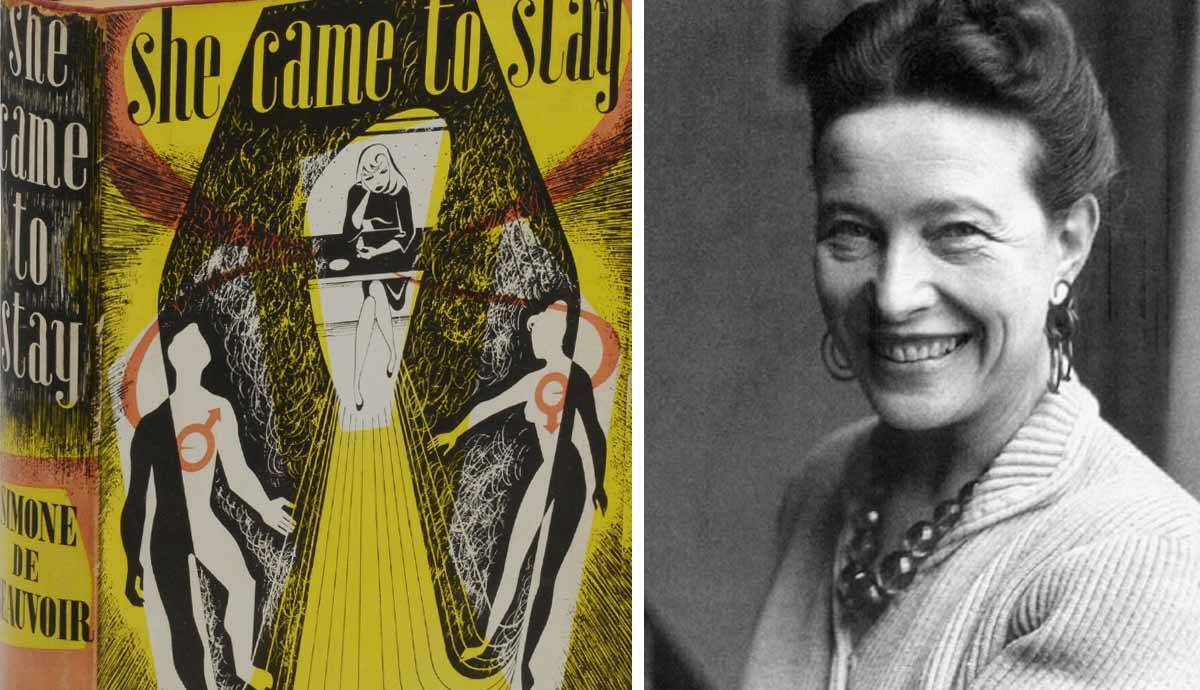 Simone de Beauvoir was one of the most important intellectual voices of the 20th century. Born in France, she became an outspoken feminist, social activist, theorist, philosopher and novelist. Her iconic texts that have lost none of their social relevance today. Beauvoir’s philosophical essay Le Deuxième Sexe (The Second Sex), 1949, laid out the bedrock for the entire modern feminist movement. She was associated with the philosophical school of Existentialism alongside her partner, the philosopher and novelist Jean-Paul Sartre, and the philosopher and writer Albert Camus. Here we examine some of the most important facts surrounding the life of this pioneering French intellectual.

Beauvoir was raised in a strict Catholic family. She spent much of her education in convent schools. At one point in her youth, she even considered becoming a nun. But at the age of 14, Beauvoir had a complete crisis of faith and renounced all religion. Instead, she zeroed in on the subjects of science and reason, studying philosophy, literature and math.

2. She Studied at the Sorbonne

After leaving home, Beauvoir studied philosophy at Paris’s prestigious Sorbonne. She was a high achieving student. On graduating at the age of 21, she was the youngest to earn an aggregation in philosophy. In her final thesis in 1929, she focused on the life and work of the German mathematician and philosopher Gottfried Wilhelm Leibniz.

When she was just 21 years old and still a student, Beauvoir met a fellow student and budding philosopher named Jean-Paul Sartre. They formed a romantic relationship founded on a deep intellectual connection. The pair remained close companions for the rest of their lives, informing and shaping the nature of one another’s work. However, they had an unconventional relationship, even by today’s standards. They never married or had children, never shared a house, and had an open relationship, allowing one another to take on a string of lovers outside their relationship. However, Sartre was the promiscuous one, and Beauvoir only only rarely entered into relationships with others.

4. She Was a Leading Existentialist

Throughout her long career Beauvoir examined ideas surrounding human existence, and the individual’s right to forge their own path in life. In doing so, she exemplified the Existentialist philosophy style. In her first major published work, the novel titled She Came to Stay, 1943, Beauvoir wrote a fictionalized account of the love triangle between her, Sartre and a student named Olga Kosakiewicz. She used the novel to question the nature of the individual’s conscience in relation to other intimate relationships. Other novels exploring similar themes of individuality and consciousness are The Blood of Others, 1945, and All Men Are Mortal, 1946. Beauvoir also wrote countless essays, articles and plays, in which she played with Existentialist themes in relation to modern life.

5. She Was a Radical Feminist

In 1949, Beauvoir published a searing 1,000-page essay titled Le Deuxième Sexe (The Second Sex), 1949. In this text she criticized society’s deeply ingrained patriarchy and its delegation of women into “second-class citizens” who, she argued, are there only to serve men’s needs and desires. She wrote, “One is not born, but rather becomes, a woman… her wings are cut and then she is blamed for not knowing how to fly.” The harshest critics considered Simone de Beauvoir’s essay indecent and immoral. Meanwhile, the Vatican even added the essay to their list of forbidden texts, demonstrating how conservative European society still was at the time. Despite all the controversy, the essay went on to become Beauvoir’s most important and celebrated works of all time, a vital precursor to modern day feminism.