HomeAnswersWho Were the Leading 5 Artists in the Blue Rider Group?

Who Were the Leading 5 Artists in the Blue Rider Group? 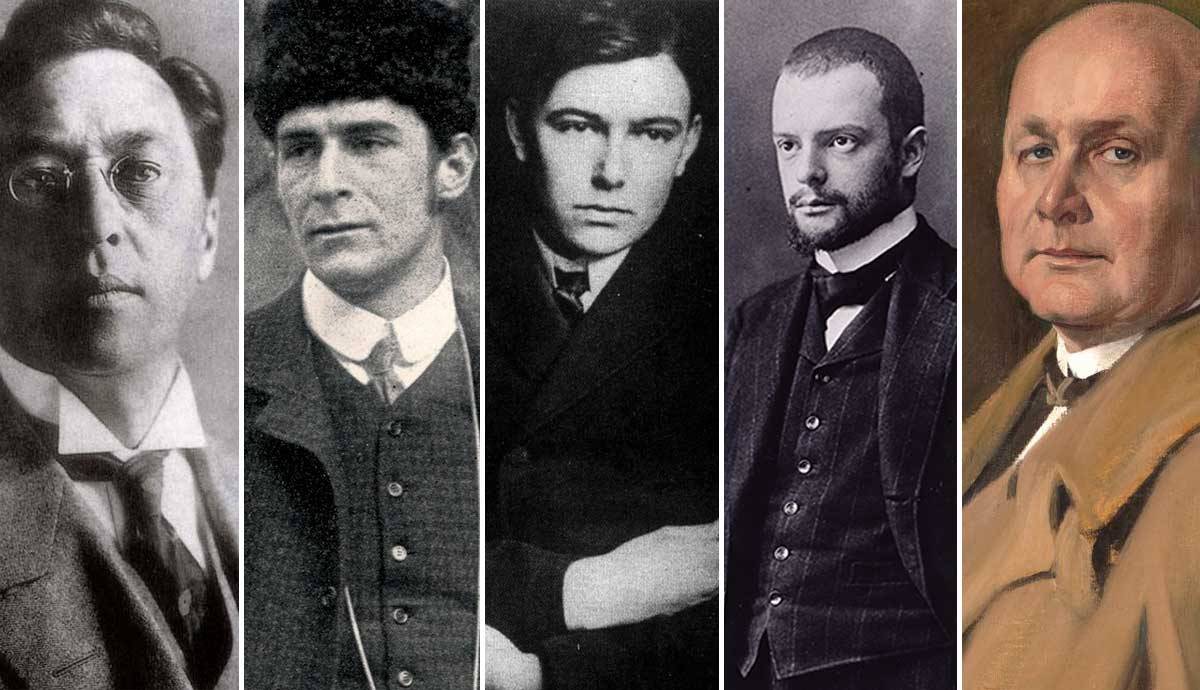 The Blue Rider group (in German Der Blaue Reiter) was a radical art collective that congregated in early 20th century Munich, Germany. Rejecting the traditional realism of past art, they strove instead to create spiritual, symbolist art that came close to abstraction. This group took their name from a painting by Wassily Kandinsky that featured an unknown man in a blue jacket riding into a distant landscape. And much like the lone rider in Kandinsky’s painting, they, too, rose off into unknown and unchartered territories, daredevil adventurers in the realms of art. We look through the leading key figures in the Blue Rider group, who, together, altered the course of art history.

Russian-born painter Wassily Kandinsky was a founding member of the Blue Rider group. He moved from Russia to Munich in 1896. From there, he became the figurehead for new modes of self-expression. In his own art Kandinsky’s language became increasingly expressive and vivid, with bold strokes of intensely bright color as he moved closer to his uniquely spiritual brand of pure abstraction. He wrote, “The artist must train not only his eye but also his soul, so that it can weigh colors in its own scale and thus become a determinant in artistic creation.” Kandinsky’s art profoundly shaped the work of his contemporaries, as they sought to emulate the concepts and qualities of his art within their own.

Along with Kandinsky, German painter Franz Marc helped found the Blue Rider group. Much like Kandinsky, his art was eccentric and colorful with a Cubist quality. But Marc’s paintings focused predominantly on animals that seem to merge into one with their surroundings, including horses, cows and foxes. His art became a powerful antidote to industrialization, noting how animals live in close, symbiotic harmony with the land.

In 1912, Kandinsky and Marc edited The Blue Rider Almanack (Almanach Der Blaue Reiter). This published album featured essays by world leading painters, composers and critics, along with eclectic illustrations by a diverse range of artists. The overriding theme of the almanack was an emphasis on the “spiritual in art.”  This thematic focus encapsulated the spirit of the times, and it has since become one of the most important documents in early 20th century art.

German artist August Macke was a key member of the Blue Rider group. Much like his friends and contemporaries Kandinsky and Marc, Macke painted real subjects with a free and expressive language. Macke also introduced elements of Cubist geometry and expressionist color into his art. He was particularly interested in how real-world subjects could be broken down into kaleidoscopic shards that seem to move in and out of the light.

Swiss-born artist Paul Klee found his true artistic voice as a member of the Blue Rider group. Kandinsky, in particular, became a mentor to Klee, encouraging him to experiment with syncopated abstract designs and gradated patches of color. A life-changing trip to Tunisia with Macke cemented in Klee’s mind the qualities of light he wanted to capture in his own art. From here onwards he began painting in an almost entirely abstract way.

Like Kandinsky, Alexej von Jawlensky was a Russian émigré who came to live his adult life in Germany. Although he is often associated with the later German Expressionist movement, Jawlensky was also an active member of the Blue Rider group. During his time in the group Jawlensky developed a free and uninhibited way of painting the world around him. He worked with radiantly bright patches of color, simplified forms, and large, expressive brushstrokes. In the years that followed, Jawlensky took this language with him into the German Expressionist group.