HomeAnswersWho Were the Most Famous Nihilists? (4 Leading Philosophers)

Who Were the Most Famous Nihilists? (4 Leading Philosophers) 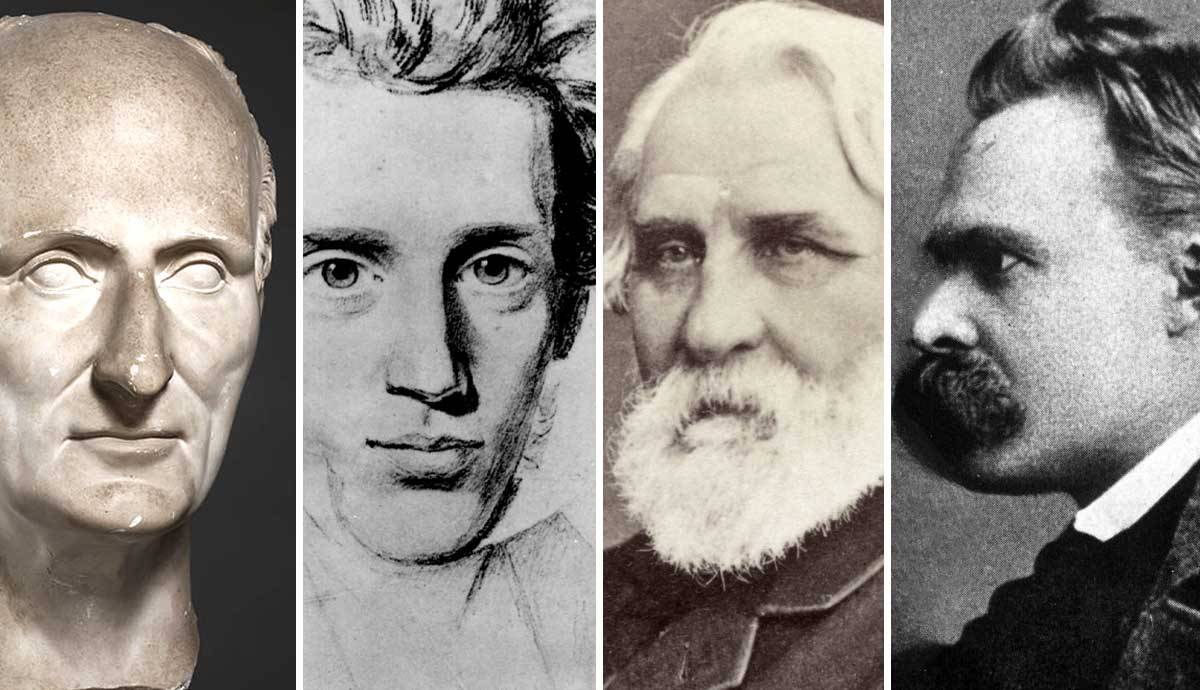 There’s no denying that the Nihilists of 19th century Europe had a gloomy outlook on life. (The term is derived from the Latin word ‘Nihil’, meaning nothing). But it is also worth remembering that Nihilism was a complex school of thought with varying attitudes and opinions. It is also important for us to see the figures associated with Nihilism in the context they were writing. Nihilism emerged during the late 19th century, during a period of unprecedented societal change.

The scientific discoveries of the Enlightenment tore apart the conventions of the past. Religious beliefs that were once widely accepted were thrown into question, and many began doubting if there was a God at all. With no God, there was no guidance on subjects like morality, marriage, death and spirituality, leaving little to root us in place. Philosophers who wrote about Nihilism – or Nihilists – were generally deeply critical of this rising apathy and indifference in society, and concerned about its corrosive effects. These are the key figures who defined the philosophical style.

German philosopher Friedrich Heinrich Jacobi made his name in the late 18th and early 19th century. Jacobi helped popularize the term Nihilism. He wrote about Nihilism as a natural response to the Enlightenment, a period of scientific discovery that led to increased skepticism, reasoning and individualism. Like many Nihilists, Jacobi was critical of this new way of thinking, believing increased levels of rationalism would destroy the individual’s entire sense of self, and their understanding of their place in the world. Thankfully, things didn’t turn out to be as fatalistic as Jacobi predicted.

Much like Jacobi, Danish theologist and philosopher Soren Kierkegaard feared the growing trend towards what he called Nihilism would have a corrosive and destructive effect on society. As a religious man, Kierkegaard held tightly on to his faith, despite the creeping doubts on its validity following the Enlightenment. Kierkegaard even argued that the only way out of Nihilism was to adopt what he called “the paradoxical infinite”, or “faith”, in other words a belief in spiritual forces even if they don’t make rational sense.

The renowned writer Ivan Turgenev was a Russian novelist who wrote about Nihilism, using the term to describe a growing cynicism amongst the youth of 19th century Russia. His most famous use of the term was in the novel Fathers and Sons, 1862. Turgenev’s hero, called Bazarov, believed in nothingism, or Nihilism, and he recruited a group of followers who shared a similar mindset. However, in Turgenev’s novel, Bazarov’s attitudes shift when he falls in love, and realizes his own life’s calling. From Turgenev’s literature, a group of Russian political activists called themselves Nihilists. They sparked a series of reactionary protests and activities in order to question and usurp pre-existing social ideologies.

German philosopher Friedrich Nietzsche is often closely associated with Nihilism, although like many of his fellow Nihilists, he greatly feared the impact it would have on society. He even called Nihilism: “the great danger to mankind . . . a retrospective weariness, the will turning against life, the tender and sorrowful signs of the ultimate illness…” Nietzsche also famously declared that “God is Dead,” arguing that we had destroyed him through the processes of scientific discovery. However, he does not fit neatly alongside other ‘Nihilists’ because he argued that we must work through the fears brought about by greater knowledge of the world, in order to find a new spiritual significance. This strand of thought eventually led to Existentialism in the 20th century.