HomeAnswersWhy Is the Venus de Milo So Famous?

Why Is the Venus de Milo So Famous? 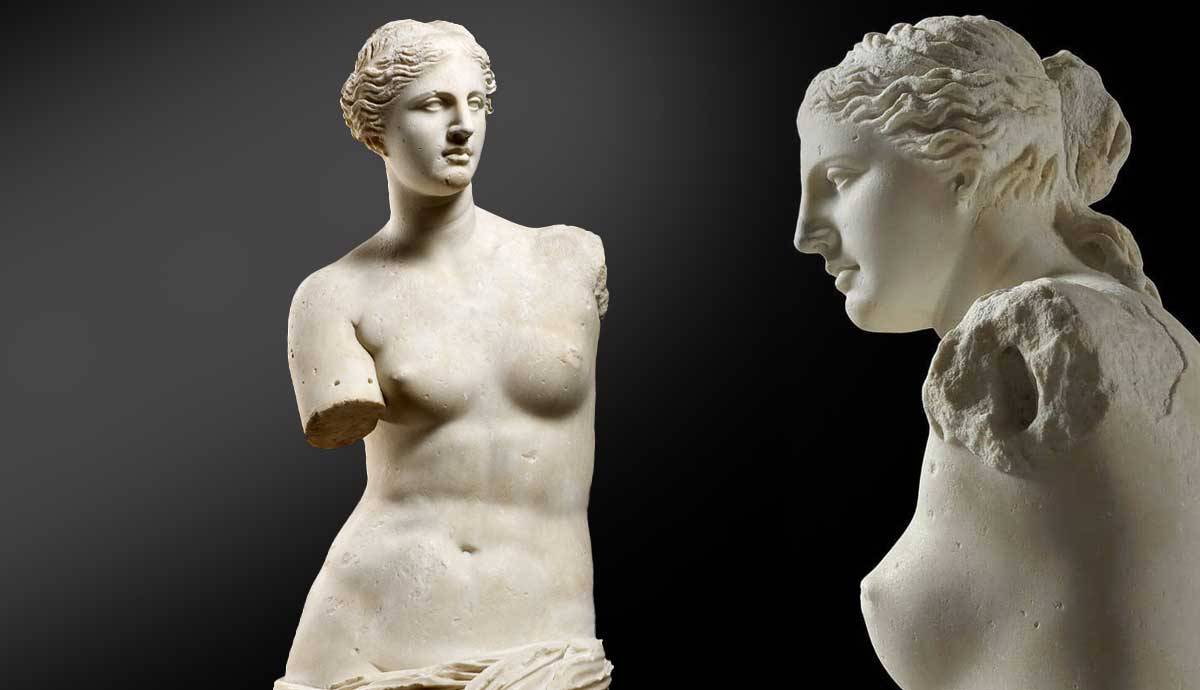 The Venus de Milo statue is one of antiquity’s most famous emblems, appearing in countless spoofs and pop culture references. A white marble statue nearly 7 feet tall without arms, this ancient Hellenistic sculpture has had pride of place in the Louvre Museum in Paris for nearly 200 years. Such is its popularity; the Louvre even sell mini replicas of the statue for visitors to take home. But how did this particular sculpture become so famous? Despite the rumors, it has nothing to do with her missing arms. Instead, the Venus de Milo has a rich and complicated backstory that ties in with French politics and national symbolism. Keep reading to find out more.

The Louvre Adopted the Venus de Milo as a Status Symbol

The early 19th century wasn’t a great time for the Louvre Museum in Paris. Having had a huge cache of art once looted by Napoleon Bonaparte rightly returned to various home counties, their rooms were starting to look a little bare. Inevitably, this meant visitor numbers were gradually dwindling. So, when the French government heard about the discovery of impressive ancient, sculptural remains by a farmer on the Aegean Island of Melos, they were quick off the mark. French authorities paid the farmer around 1,000 francs (around $11,000 today), to take the sculpture off his hands. When French experts finally put the pieces of the sculpture back together, they were pleasantly surprised with their discovery. What they found was an exquisitely carved marble woman in near-pristine condition, apart from her missing arms.

The Louvre Pretended the Venus de Milo Was a Classical Sculpture

At the time of the discovery, the French public had a particular taste for all things classical. So, you can imagine the Louvre’s delight in discovering an unseen statue which they could unveil to the public. They began imagining the crowds this would attract, thus bringing their museum back to life. But unfortunately, a broken fragment of the sculpture’s plinth revealed that the Venus de Milo wasn’t classical at all – it dates from 130-11 BCE, the Hellenistic era some 200 years later than classical ancient Greece and Rome. The plinth also featured a carved signature by a little-known Hellenistic sculptor named Alexandros of Antioch, and the true title, The Aphrodite of Melos.

They Hid the Evidence

The Louvre weren’t going to let the truth get in the way of a marketing campaign. So, the broken plinth carrying all this vital information magically disappeared somewhere in the cellars of the Louvre. Instead, they insisted this was a sculpture of Venus de Milo, and probably carved by the great Greek sculptor Praxiteles. They proudly displayed this sculpture alongside their gallery of classical sculptures and encouraged the local press to write about her many classical attributes, thus drawing crowds from far and wide. Some newspapers even published illustrations showing how her arms might have been positioned to resemble other statues of Venus. Thanks to their ruthless and aggressive advertising, the Louvre transformed the Venus de Milo into a stirring symbol of national pride, at a time when the nation was still recovering from humiliating defeat after the Napoleonic wars.

The Museum Finally Revealed the Truth in the 1950s

Eventually, many years later the Louvre finally revealed the truth behind the Venus de Milo. But by now the name had stuck, in spite of its hugely complicated back story. Today, the Venus de Milo is still a star attraction in the Louvre, and a symbol of French pride and history. However, since 2016, citizens of the Greek Island of Milos have been campaigning to have the masterpiece returned to its homeland.