HomeStoriesBir Tawil: The Unclaimed Land That No One Wants

Bir Tawil: The Unclaimed Land That No One Wants

The British occupation and division of Egypt and Sudan created one of the world’s most interesting borders. Unclaimed by any country, the Bir Tawil stands alone as terra nullius. 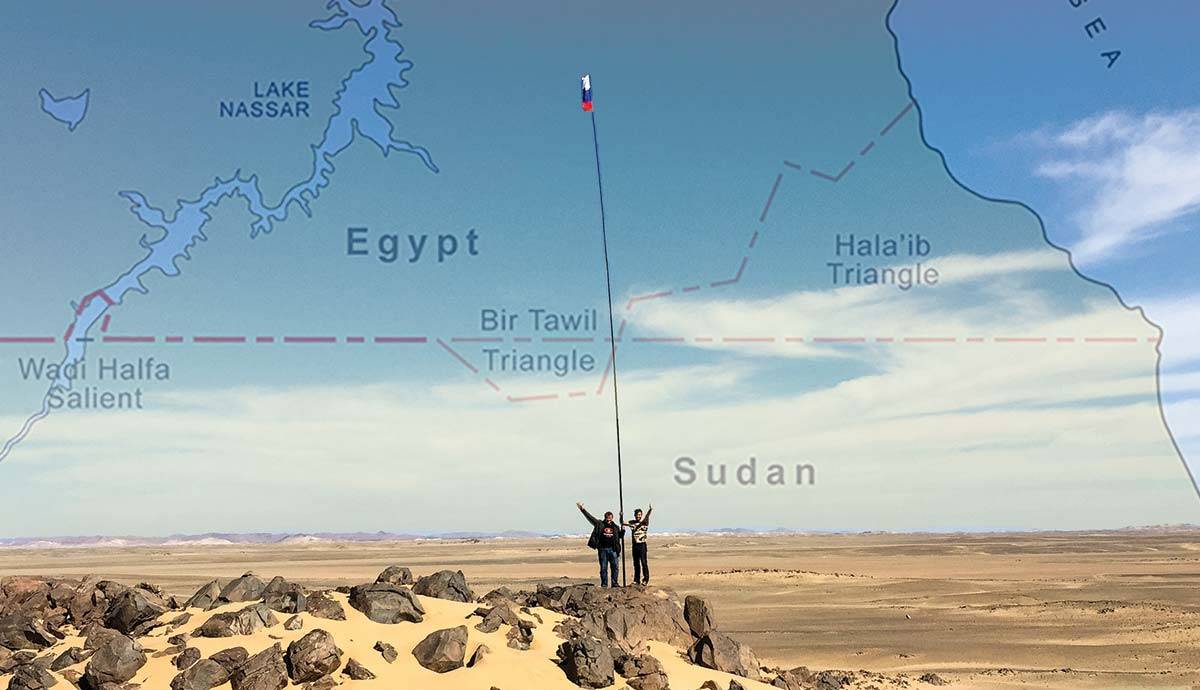 On the border of Egypt and Sudan lies one of history’s most peculiar regions. Bigger than London and New York, this patch of desert has presented a problem for international lawmakers for over sixty years. The area has no fixed population, habitable only to nomadic populations. It is called Bir Tawil (“tall water well” in Arabic). Claimed by neither Egypt nor Sudan, the Bir Tawil reveals a dispute which goes back over 100 years, spawning a litany of legal problems and challenges from all corners of the globe. No region better exemplifies the impact of history on states and borders with constant issues presenting themselves. But how did this land come to be, and could anyone ever claim it?

The Background to the Bir Tawil

The history of the Bir Tawil goes back to the British occupation of Egypt in 1882. Ostensibly a short-term solution to protect British monetary interests in the country, in reality, Britain wanted to control local trade, weaken the Ottoman Empire, and strengthen its position around the Suez Canal. Furthermore, the seizure kickstarted the Scramble for Africa. Then ensued a turbulent period throughout both the region and the British government, with imperial eyes turned towards other parts of Africa. Soon after the occupation, Lord Salisbury, losing support in debates over Home Rule, resigned.

This instability hurt the empire, as British forces in Egypt suffered multiple defeats to Islamic nationalists following the Mahdi in Sudan. The final blow was dealt at the Siege of Khartoum in 1885 and the defeat and death of General Charles Gordon, an imperial hero widely respected by the public. British troops withdrew from Sudan and would not return for a decade.

In 1896, Lord Salisbury, returning as Prime Minister, ordered a campaign to secure the source of the Nile and prevent other world powers from doing the same. The campaign was led by Herbert Kitchener (who would go on to feature in the iconic First World War recruitment poster), who argued the occupation of Sudan was necessary to both protect Egypt and keep trade routes to India secure. During the Scramble for Africa, British forces marched quickly into Sudan before meeting with French forces at Fashoda. The resulting confrontation between the armies triggered a diplomatic incident that would lay out the division of East and West Northern Africa. The Battle of Omdurman in 1898 was the decisive victory against Mahdist forces, with Britain securing the region.

This newly conquered region would now need to be administered. Britain had become increasingly involved in Egypt, and Sudan was, for the moment, under the control of Egypt and had a “veiled protectorate” in place. The decision to divide the two was taken in 1899, a year after Kitchener’s conquest. The first attempt to redraw the boundaries followed a similar pattern to how European powers drew up the rest of Africa: with straight lines with little consideration for geographical, cultural, or ethnic differences. However, in a rare case of recognizing their own mistake, the British government quickly reversed its position and, in 1902, redrew the map along administrative lines instead. This gave Egypt control over the nomadic Abadba tribe, to which it had closer cultural links. Sudan was conversely given further access to the Red Sea and the Beja tribe, north of the original line.

Two newly created areas stood out when these two maps were laid over each other, two newly created areas stood out. South of the original border was the Bir Tawil, and to the north was the Hala’ib Triangle. The second border would remain in place for the time being. Direct British control over Sudan and de facto control in Egypt meant any issues were quickly resolved. It was only when they achieved their independence in the next century that problems would arise.

Sudan’s independence in 1956 brought the issue of the border to a head again. Egypt recognized the 1899 border, whereas the newly formed Sudanese government opted for the redrawn 1902 boundary. This was because the Hala’ib Triangle was much more valuable, with valuable resources, access to the Red Sea, and a fixed population. In contrast, the Bir Tawil was mostly empty. It became clear that if either claimed the Bir Tawil, they lost their claim on the Triangle. The Bir Tawil therefore became terra nullius, unclaimed by any country.

The first confrontation between the two countries came in 1958 when Sudan attempted to hold elections in the Triangle. Egyptian president Gamal Abdel Nasser sent troops into the region in an attempt to boost nationalist fervor before a referendum on the unification of Egypt and Syria. After an international outcry, these troops quickly withdrew, and Sudan slowly built up its presence in the area, with the Hala’ib Triangle taking part in all Sudanese elections until the 1990s. However, both the Triangle and the Bir Tawil were under joint administrative control. With Sudan’s administrative power weakening around the turn of the century, Egypt managed to gain control of Hala’ib, pouring plenty of resources into the region.

A stalemate has emerged in the 21st century, as neither side has been able to press its claim fully. Egypt has retained de facto control, with its military blocking any Sudanese attempts to register voters. Furthermore, the Egyptian government has continuously moved its administrative posts further south in the Triangle, limiting access to materials coming to Sudan. These attempts to bureaucratically drain Sudanese influence out of the region have been largely successful, with little opposition from the United Nations or other African states. However, a key reason why Sudan will never fully leave the triangle is that the ethnic composition of Hala’ib is still much closer to that in Sudan.

With the focus of both countries and the international community on the Hala’ib Triangle, the Bir Tawil remains largely forgotten. A lack of development and attention meant both sides ignored it in their quest to secure the more valuable Triangle and access to the East. The Bir Tawil therefore remains one of the only habitable places in the world unclaimed by any recognized state.

Into this void poured a litany of adventurers, each trying to make their own history and find a way to exploit the unclaimed territory. The most notable was American Jeremiah Heaton, who traveled to Bir Tawil in 2014 and planted his own flag in the region, claiming the territory as his own, naming it the “Kingdom of North Sudan.” The reason Heaton gave for his supposed conquest was so that he could make his seven-year-old daughter an official princess as she had always dreamed. Heaton met with lots of praise from those enamored with the story; there was also significant criticism. The main point made was that Heaton’s justification for planting his flag was that since the land was supposedly empty, despite a nomadic presence in the region, was the same used by initial colonial powers in the 18th and 19th centuries.

Heaton’s claim was quickly struck down by the United Nations and the flag removed, but it didn’t stop others from attempting to make the same dangerous journey across the desert. Russians Dmitry Zhikharev and Mikhail Ronkainen raised their own flag over the region, with Indian businessman Suyash Dixit planting his own a few years later. Like Heaton’s attempt, these were quickly struck down, but the issue of the Bir Tawil still presents an interesting challenge for both legal scholars and international organizations. With neither bordering country claiming it and there being the viability of settled life, does it warrant an official decision on which of the boundaries is legitimate?

What to Do with Bir Tawil

Therefore, the Bir Tawil and Hala’ib Triangle appear to be a problem without a fast-approaching solution. The haphazard British drawing of the map left a problem that went unchecked for over fifty years while they administered both Egypt and Sudan as part of a broader African administration. New nationalist movements followed by independence brought the issue back to the fore, as leaderships of both Egypt and Sudan looked to strengthen their own rule, using attempts to seize the Triangle to rally their own populations.

It appears that Egypt has slowly been gaining control of the Hala’ib Triangle, given Sudan’s recent political struggles and increased focus on separatist movements in Darfur and South Sudan. But with the population of Hala’ib tied more closely to Sudan, this is unlikely to be well received. The Bir Tawil, therefore, still remains unclaimed; the strongest claim may belong to the nomadic tribes that dwell there. If the United Nations ever reaches a settlement, it would set a substantial precedent for if a similar issue were to arise in the future. Whether it was the political (1899) or administrative (1902) boundary that was recognized could lead to further claims around the world and a re-examination of the historical legitimacy of borders. For the moment, it seems likely that a solution will appear and would require drastic action by either Egypt or Sudan to provide a definitive answer. 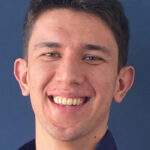 By Sasha PuttMA History, BA History, NCTJ Diploma in JournalismSasha is a History graduate with a specialization in 20th-century politics and the development of extreme ideology, writing his major research paper on the radical right in First World War Britain and France. He holds an MA in History from the University of Toronto and a BA in History from Durham University.

Benito Mussolini’s Rise to Power: From Biennio Rosso to March on Rome
By Sasha Putt, in Stories

The Battles of Isandlwana and Rorke’s Drift