Once considered a mythical island, rich in gold and inhabited only by Amazons, California might owe its name to the Latin for “hot furnace”: Calida Fornax. 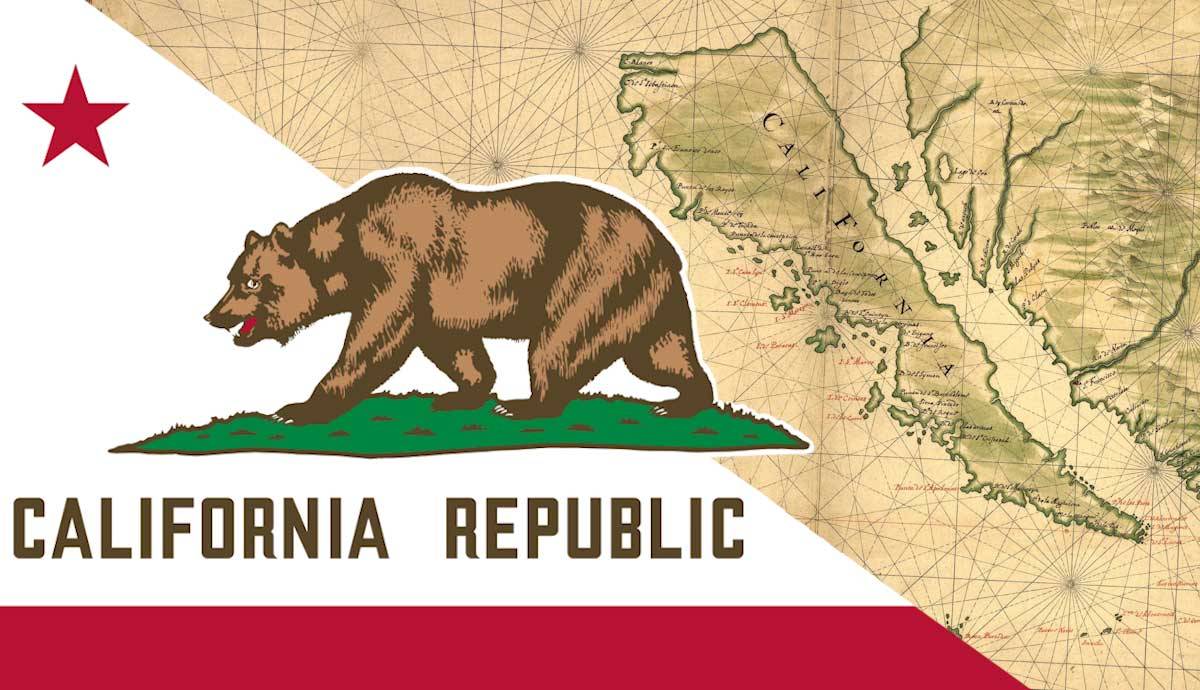 California used to mean more than just a state in the United States. The combined region of California and the Baja California peninsula, collectively known as the Californias, was once assumed to be an island separate from the North American continent. The Island of California, as it came to be known, was the product of a major cartographic error that became a legend surrounded by fantasy. The island’s story spread throughout the 17th and 18th centuries, but its origins are still largely unknown. The legend of the Island of California, or Calida Fornax, is intertwined with the region’s history, hence why it is still remembered today as one curious and fascinating mistake. Keep reading to discover the story of the Island of California.

Calida Fornax, or The Hot Furnace

To fully understand the story of the Island of California, it is first necessary to learn about the background of the legend surrounding Calida Fornax. For one, the origin of the name “California” is not as clear-cut as one would imagine. Many theories attempt to explain its origin and meaning, some ranging from simple explanations and others going as far as developing detailed tracings of the name in the past.

Long before the Californias were split into three, the region was wrongly thought to be separated from North America by the Strait of Anian, a sort of mythical interpretation of the Bering Strait and the Gulf of California. The Island used to appear on maps with the title of “Cali Fornia,” especially on earlier projections. Eventually, the name evolved to combine both words. It is said that when the Spanish first arrived in the region, their reaction to the climate made them call the land a hot furnace, hence the Latin origin of the name: Calida Fornax. Nevertheless, the theory remains mostly unsubstantiated, given that there is no clear evidence to point towards that explanation.

Instead, experts agree that the most likely source for the name Calida Fornax is a 16th-century Spanish chivalric novel called Las Sergas de Esplandián. The book gained recognition around educated and privileged circles, eventually reaching those at the forefront of the New World exploration and colonization, having been read by figures like Hernan Cortes. It is also very likely that the novel reached intellectuals of the time, particularly those working in cartography and mapping newly found land in the Americas. Las Sergas de Esplandián and other works of the sort gained their reputation in part from the themes they touched and the shared influence between them and the real-life stories of action and adventure.

Califerne & The Song of Roland

Another possible theory suggests that the name California comes from a fragment of an Old French 11th-century epic poem. The Song of Roland, as it was titled, narrates the story of a Frankish military leader named Roland, who served under the command of Charlemagne, his uncle. The suggested origin for California appears in the poem in the aftermath of the Battle of Roncevaux, when, after Roland and his army are defeated, Charlemagne arrives at the scene of the battle and laments the death of his nephew. He mentions that the people previously conquered under his name by Roland will rebel against him. The Saxons, Bulgars, Hungarians, Romans, and others are listed. Among them, Charlemagne brings up “those of Africa” and immediately after, “those of Califerne.”

As the oldest possible link to the word California and one of the oldest pieces of French literature known today, it is believed that this is the first derivation of the name. Yet there is unfortunately not much evidence enough to back this claim. Some think that the author made up the word entirely from a derivation of the word “caliph,” though this is also not sufficiently supported by evidence. It is, however, possible to argue that Montalvo, an educated and privileged man who most likely read or at least had access to the Song of Roland, used the word “Califerne” and the context it was provided with as inspiration for his description of the Island of California.

The Complicated Story of a Major Cartographic Mistake

The background to the error that led to the belief that California was an island begins in the 16th century when the first map to ever depict the New World was published. In 1507, the “Universalis cosmographia” by Martin Waldsemüller illustrated the New World in an odd yet familiar way. North and South America both made an appearance, though the latter was the only one given the title of America. Meanwhile, North America was named “Parias,” an island that was not considered a continent of its own but instead belonged to the fourth part of the world, which back then was used to refer to the Americas.

The first map centered around California did not illustrate California as an island. Instead, the map displays both Upper and Lower California, with the second being correctly shown as a peninsula. But if we fast forward to the 17th century, maps by renowned Dutch cartographers scrapped the peninsular representation of the Californias and embraced, in turn, the notion of California as an island. Given the influence of Dutch cartography at the time, such maps spread quickly, and their perspective was regarded as authoritative. However, it so happens that the error was primarily due to geopolitical interests.

The Spanish and British Empires were heavily competing to colonize the west of North America. The Spanish had begun their expansion into California, but their settlements were not established. In 1579, the famous British explorer, Francis Drake, landed in a part of California he claimed for the British Empire. Thus, facing territorial challenges by the British, the Spanish favored the insular depiction of California, believing that being an island would help extend their territorial claims beyond those made by Drake, hence challenging and invalidating his own.

The legend of Queen Calafia and her army of warrior women perfectly illustrates the tones of fantasy behind the story of the Island of California. According to Montalvo’s novel, the Island of California was inhabited only by black women who lived “like the Amazons.” They had “beautiful and robust bodies, fiery courage and great strength.” They even carried weapons and tools made of gold. In the novel, Queen Calafia amassed an army of warrior women with which she joined the Muslims and waged war against the Christians of Constantinople. Though her forces fought valiantly until the end, they were defeated, and Calafia was captured. Once a prisoner, she was converted to Christianity, and together with the rest of her subjects, they were forced to join the men and form a new kingdom.

Although the story of Calafia and her kingdom is rich in details in Montalvo’s novel, the legend that is remembered today is more closely associated with the general description of Calafia and her mythical kingdom and not the defeat and subjugation of her and her people. While her existence was only fictional, she remains an iconic character from history who has been depicted in a Disney movie about the history of California entitled Golden Dreams, and a regional airline in Mexico is named after her.

Perhaps the best-known part of the legend of the Island of California, or Calida Fornax, is the abundance of riches in the region. Guided by their economic interests, the Spanish explorers of the Pacific were convinced by the mythology that the Island of California was rich in gold and pearls. In Las Sergas de Esplandián, for example, it is said that the Island had “no other metal but gold.” Even Hernan Cortes, who first attempted to colonize the region, was arguably motivated by the possible material riches of the land. Though Cortes’ colonization of California ultimately failed, later attempts by explorers under his command ended up being successful. Thus, the colonization and evangelization of the native populations began, and the exploitation of the natural resources quickly followed.

While the pearls were extracted and sold, almost no gold was found in the original site of the colony, Baja California. Instead, gold was found up north in California by the Spanish. It would eventually be exploited in mass by the United States during the Gold Rush, thus demonstrating the blur between reality and fantasy regarding the legend.

An undeniably fascinating story, the myth of the Island of California is enticing for both its magical features and its more serious undertones. Nevertheless, there is some truth behind the glaring fantasy. The real history of the Californias may not be something out of a C.S. Lewis novel, but it sure is interesting, and it proved itself to be defining for both the United States and Mexico. From the origins of the first peoples in the region, through the Gold Rush, up to the rise and consolidation of the region as one that is respected, the Californias are more than just a confusing etymology, the product of conquest, and a magical legend.

California is today one of the wealthiest and most populated states in the United States, while the combined Mexican states that form the region of Baja California are highly reputed for their industry in the north and tourism in the south. The Island of California may have never been real, but the Californias may just be enough.

The “Song of Roland”: Frankish Knight and the Crusader Myth 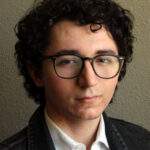 By Francisco PerpuliBA History (in progress)Francisco is completing a History degree at the University of Guadalajara. He has a keen interest in the study of culture and the arts. In his spare time, he tries to explore and develop other interests while saving up to travel the world.

The “Song of Roland”: Frankish Knight and the Crusader Myth

Charlemagne as Art Patron: The Palatine Chapel in Aachen and More