How Did Perseus Kill Medusa? 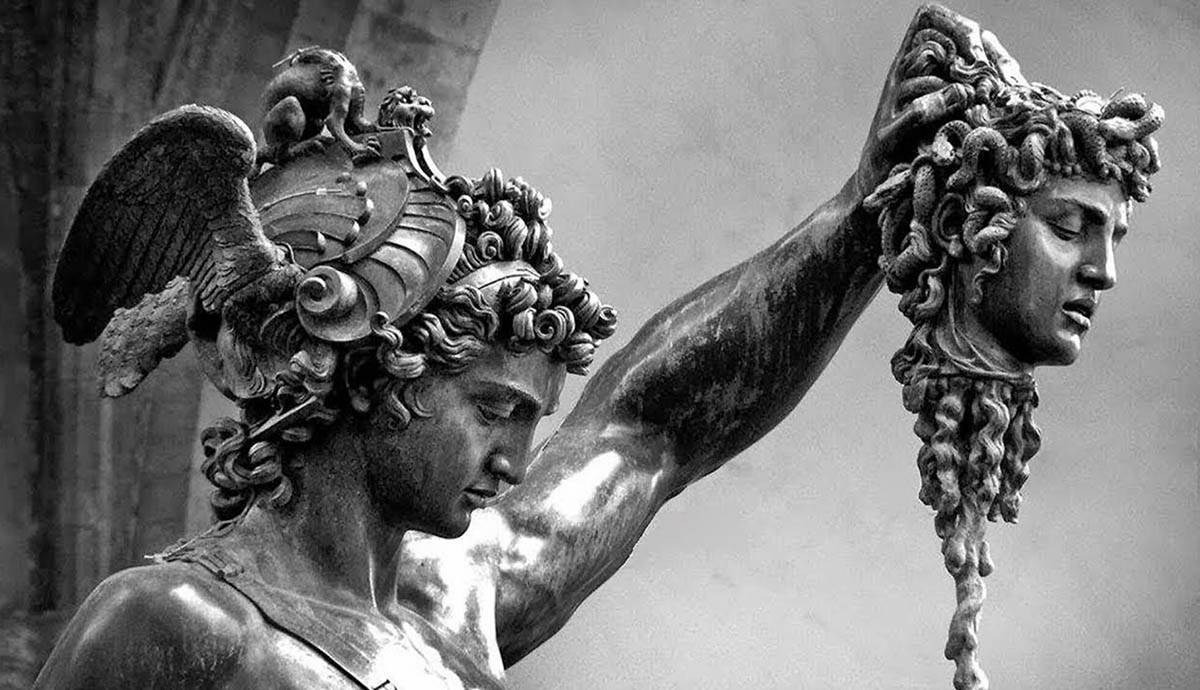 Perseus was the great hero of Greek mythology who slayed the Gorgon Medusa. She was a terrifying monster with curling snakes for hair, who could turn any living creature to stone with just a single look. Within her mysterious home, Medusa was guarded by her two immortal sisters, who were both also Gorgons. After travelling far and wide to find Medusa in her hidden lair, Perseus was able to slay the monster, chopping off her head and keeping it as a weapon to use against anyone who dared to cross him. But how did he achieve this seemingly impossible feat, and did anyone help him along the way?

Perseus Used His Skills in Bravery and Ingenuity

Let’s be honest – Perseus was not the most powerful hero of Greek mythology. He did not have the brute strength of Heracles, nor the incredible archery skills of Apollo. He was also young, naïve, and inexperienced. But what he lacked in physical strength, he made up for in loyalty, intelligence and ingenuity. The child of Zeus and the mortal woman Danae, Perseus was a demigod with many friends and allies. He was fiercely protective of his beautiful mother, who had many suitors. One of these suitors (who Perseus didn’t like very much), King Polydectes, asked Perseus to bring him the head of Medusa. Perseus rose to the challenge, even though he had no idea what he was doing. It was through his quick-smart intelligence that he was able to kill Medusa, but he could not have done it without a little help.

Perseus Had Help from the Gods (and Others)

When Perseus was tasked with killing Medusa, several of the gods stepped in to help their family member in his hour of need. The first to step up was the goddess Athena, who led him to the three Graeae, a group of sisters who shared one eye and one tooth. Perseus snatched away the sisters’ eye when they were passing it between one another, and promised to return it if they told him how to find Medusa. The Graeae reluctantly told him to go to the garden of the Hesperides, a group of nymphs. The Hesperides were waiting there with a series of very useful gifts from the gods. Let’s take a look through them below.

Hades lent Perseus his amazing helmet, which was not just for protection – it could also render any wearer completely invisible. This meant Perseus could sneak into Medusa’s lair unseen by Medusa or her horrible sisters, and sneak back out again once the ghastly deed was done.

Another very useful tool was Athena’s polished, mirrored shield. With it, Perseus was able to find exactly where Medusa was hiding, without actually having to look her in the eye. This trick meant he could slay Medusa by looking only in the reflection, thus achieving the seemingly impossible.

Zeus, the almighty king of all gods was Perseus’s father, so it seems logical that he would help his own son out in a desperate time of need. Zeus gave Perseus his trusty sword, which was so long and sharp, he was able to slay Medusa with just a single stroke. He then put her head in a knapsack and scurried away as quickly as he could.

Of course, Perseus needed help to escape in a hurry from Medusa’s Gorgon sisters, so Hermes, the messenger to the gods, gave Perseus his winged sandals so he could fly away as fast as the wind. On his way home, Perseus rescued the beautiful Princess Andromeda, before returning home to turn King Polydectes into stone so he would leave his mother alone. Not bad for a day’s work!