How Did Romans Build Aqueducts? 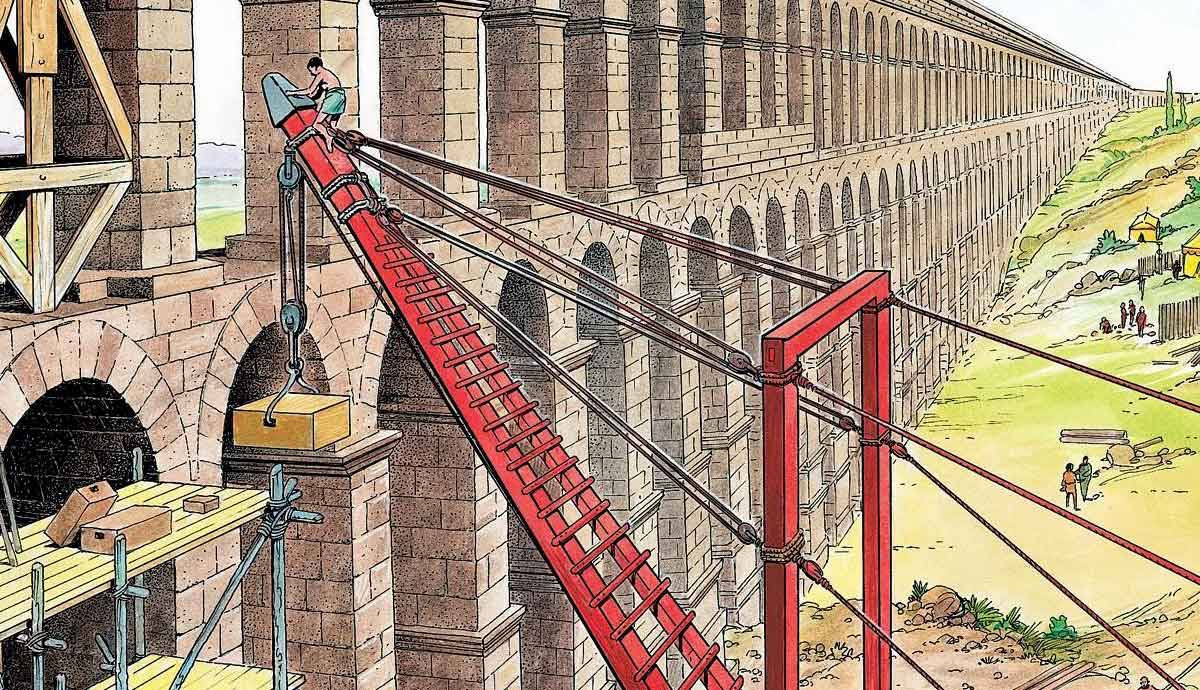 Roman aqueducts are one of the finest legacies of the ancient world. Once the vital waterways for cities across the Roman Empire, they provided fresh water for drinking, bathing and agriculture. Many Roman aqueducts still exist today, and some are even still fully functioning, a testament to the strength of their construction thousands of years ago. It is hard to imagine how Romans built such colossal and complex constructions without the building tools and resources of today that we now take for granted. So, how did they do it? Let’s take a closer look at some of the ingenious ideas they employed to create these monumental constructions.

1. Roman Aqueducts Were Constructed with Gravity in Mind

To allow water to travel long distances, Romans designed aqueducts that sloped downwards from lakes and springs, letting gravity work its magic. Years of surveying, land management and planning went on in order to ensure water was able to travel at the right speed – too fast and it would wear down the stone, and too slow would allow the water to stagnate and be undrinkable. Romans used tools called groma, chorobates and dioptra to measure the lay of the land. This ensured that water would travel at the correct rate. Although Romans sometimes used pressurized siphons to allow water to travel uphill, they were more likely to redirect water sources to sloping land, even if it was many miles away! Their layered, arched bridges filled deep valleys, and water ran across the top in the open air. Romans built their distinctive arched bridges to hold maximum weight (water is heavy!).

2. It (Almost) All Happened Under the Ground!

Although we see the remnants of aqueducts today in the vast stone arches and bridges where water ran over-ground, Romans also built complex underground pipe systems where water travelled unseen. In fact, the over-ground bridges were sometimes only 20 percent of the overall aqueduct. Romans built their aqueducts under the ground to protect them against erosion, and to make sure surrounding fields and neighborhoods remained relatively untouched.

Romans had to work day and night to dig deep holes into the ground. They then lined them in clay to prevent water from leaking. Water traveled along these clay pipes from the mountains into the city, sometimes travelling around 50 or 60 miles downhill. Romans stored this fresh spring water in a main tank called a castellum. From here, smaller pipes made from lead carried the water to another secondary castella, and from here into even smaller pipes which led straight into fountains, baths and, if you were really lucky, your private home. Romans built manholes and shafts that allowed access to these complex underground systems, both during construction and after they were complete, to keep an eye on things below the ground.

4. Roman Aqueducts Were Built with Stone, Brick and Volcanic Cement

Romans built aqueducts and other constructions using a mixture of stone, brick and a volcanic cement known as pozzolana, that held it all together in place. It was this remarkable, innovative substance that allowed Roman aqueducts to stay so strong, and the reason why so many are still standing today. While laying the rock, brick and cement in place, Romans also used wooden constructs similar to today’s scaffolding, which they would later take away.

Aqueducts took years and years to construct. Romans employed slaves for all the stone-hauling, ditch-digging and construction work, which would have been back-breaking labor. Once Roman aqueducts were built, the emperor employed a ‘Curator Aquarum’ (or water curator) to oversee its smooth running, and to direct slaves or employees to areas that needed repair or upgrade. Roman aqueducts needed regular maintenance, and amazingly, Romans even added in special valves known as ‘sluice gates’ to redirect water away from damaged pipes onto an alternative path. As the empire grew, the number of slaves available to carry out such work gradually shrank, and this was one of the puzzle pieces that eventually led to the downfall of ancient Rome.

10 Most Impressive Roman Monuments (Outside Of Italy)