HomeArtTamara Geva: A Pioneer in the World of Ballet

Tamara Geva: A Pioneer in the World of Ballet

Tamara Geva, a renowned ballet icon, had a multi-genre career spanning continents. Most importantly, she set the stage for ballet in America. 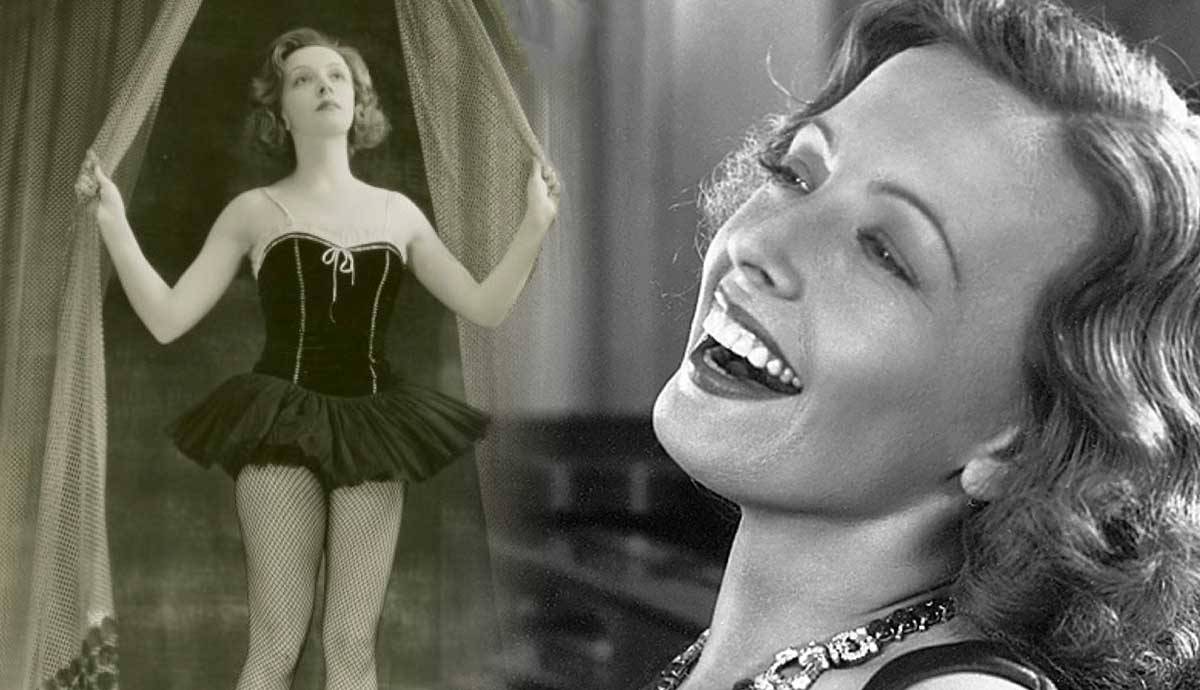 In a memorial article written upon her death, Playbill’s Louis Botto remarked that Tamara Geva “had a marvelous and acerbic sense of humor… she was small – with those long Balanchine legs.” As Balanchine’s first muse, however, it would be more apt to say that Geva’s legs were her own–since she set the standard.

Tamara Geva was a prodigious Soviet-American artist who reshaped the entire landscape of ballet, theater, and dance. Performing across the world throughout her career, Geva would ultimately be one of the first ambassadors of ballet in America. Her life, riddled with unique trials and triumphs, was extraordinary and complex.

Though she would rise into a world of glamor and grace, Geva had a challenging upbringing. As a child living through the Bolshevik Revolution, Tamara Geva survived trauma and hardship on a societal level, but the social and political environment of the time intersected with her own family in unique ways.

Her mother, whom she had a tumultuous relationship with, was openly unfaithful to her father. Consequently, her father was relatively distant. In addition to these issues, several unstable aunts and uncles filtered in and out of the household. During the early revolution, Tamara bumped into the hanged body of the local butcher, who had been her mother’s lover.

According to her autobiography, her saving grace was her governess: a nurturing woman who spotted her love for ballet early in her life. Although ballet institutions haven’t always been a safe environment for young women, for Geva, ballet provided stability during a fairly unstable childhood. Inspiring dedication and ambition in Geva, ballet was her saving grace; and, ultimately, her ticket out of a situation she deemed unsafe, unstable, and unacceptable. Geva’s father’s family was Muslim, so at first, she could not join ballet institutions within the country; but when the Imperial Ballet began accepting students from other religious backgrounds after the revolution, Geva would change her fate.

Unhappy with the current conditions in Soviet Russia as well as in the Imperial Ballet itself, Geva and her husband looked towards Paris. While on tour in 1924, Geva, Balanchine, Alexandra Danilova, and Nicholas Efimov refused to return to the Soviet Union. Instead, all four dancers took positions with The Ballets Russes in France, a company that remains one of the most renowned dance companies of all time. However, each of the four dancers would experience different dynamics within the company. Balanchine would become a star choreographer, and Alexandra Danilova, Balanchine’s next wife, would become the star of the Ballets Russes. Efimov and Geva, however, were overlooked.

Geva noted that Diaghilev, the impresario of the Ballets Russes, consistently placed her in the corps de ballet. In simple terms, she wanted more lead roles and actively pursued them. After the Ballets Russes disbanded, Balanchine and Geva began to work with a new company called La Chauve-Souris. By the time they began work with the Chauve-Souris, Geva and Balanchine were divorced, but they would remain amicable and close throughout their lives, with Geva even nursing Balanchine back to health when he fell ill. As they began work in the US, their partnership would prove crucial.

Arrival in America & Time in Theater

Touring internationally with the Chauve-Souris, Geva brought Balanchine’s choreography to America. Led by Russian-Armenian artist Nikita Balieff, La Chauve-Souris was a touring revue that began in Moscow and continued later in France and the United States. Material from the show consisted of comedy, acting, singing, and dancing. The Chauve-Souris was so influential that their choreography is still performed in the USA today; for example, the Rockette’s famous “Parade of the Wooden Soldiers” is taken from one of the Chauve-Souris’ original shows.

Part of this success was due to Geva’s influence. Her versatile performances were immediately praised, and in many ways, she became the face of new choreographic ideas and styles in America. After her time with the Chauve-Souris, she began her solo career, working on many different projects. Because they were able to keep a close relationship, she appeared in guest roles choreographed by Balanchine with The American Ballet. Then, she began her music and theater career. Geva’s list of performance credits is varied and many, ranging from ballet to more contemporary dance forms like Broadway and film.

On Broadway, she starred in Whoopee (1928), Three’s a Crowd (1930), Flying Colors (1932), and most importantly, On Your Toes (1936). In London, she starred with Raymond Massey in the stage premiere of Robert E. Sherwood’s antiwar play, Idiot’s Delight. In 1953, she appeared in a New York revival of George Bernard Shaw’s Misalliance. In film, she performed in Their Big Moment (1934) and Orchestra Wives (1942). In 1946, she choreographed the dance sequences in the Ben Hecht film Specter of the Rose.

In her later years, Geva mainly served as a teacher and instructor. Additionally, she published her auto-biography Split Seconds in 1972. Over the span of her career, Geva served as a performer, a choreographer, and a teacher in multiple genres. From her, we have not only many works of art but also a written account of dance history.

Tamara Geva is most often remembered as Balanchine’s first wife and muse in dance scholarship and popular media, but in truth, she was fundamental in developing dance in the USA. Creating the face of American ballet and dance theater in the United States, Geva would establish legendary works and characters like her role in On Your Toes. As we watch dance in America today, it’s important to remember the many women who overcame incredible personal challenges to physically carry the art form to America. Demonstrating resilience, grit, talent, and determination, this was Tamara Geva: a woman who fully embodied what American dance would become.