Was Black Mountain College the Most Radical Art School in History? 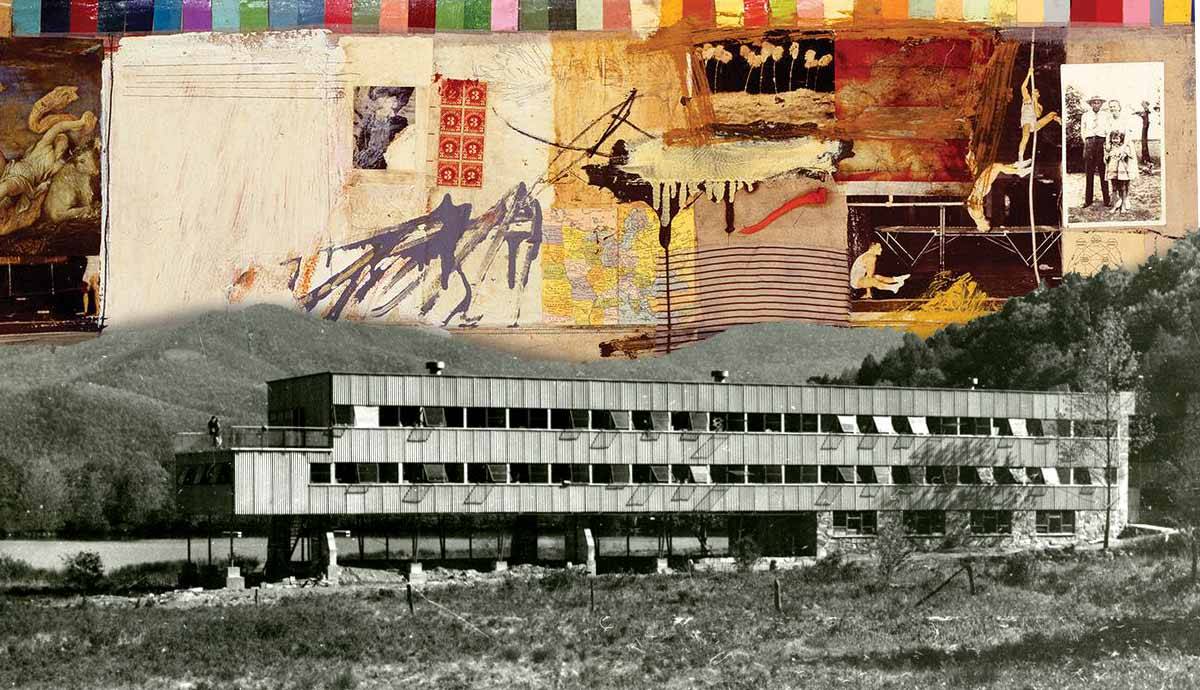 Opened in 1933 in North Carolina, Black Mountain College was a radical experiment in art education. The school was the brainchild of a vanguard classics professor named John Andrew Rice, and led by teaching staff from Germany’s Bauhaus. Throughout the 1930s and 1940s, Black Mountain College quickly became a hotbed of creative talent from across the globe. The school took a radical approach to learning, removing the formal restrictions placed on students by other institutions at the time. Instead, Black Mountain fostered a culture of freedom, experimentation and collaboration. Even after its closure in the 1950s, the institution’s legacy lives on. We look at just a handful of reasons why Black Mountain might just be the most radical art school in history.

1. There Were No Rules at Black Mountain College

Rice established Black Mountain College as a progressive, liberally minded art school. He emphasized experimentation and “learning by doing.” This meant there was no curriculum, and there were no required courses or formal grades. Instead, teachers taught whatever they felt like teaching. Students could come and go as they pleased. It was up to them to decide if or when they graduated, and only a small handful of its former alumni actually earned a qualification. But what they did gain was valuable life experience, and a newfound creative freedom.

2. Teachers and Students Lived as Equals

Almost everything about Black Mountain College was make-shift, self-led, and communal. Teachers filled the library up with their own personal books. Staff and students lived in close quarters with one another. And they did just about everything together, from growing and harvesting vegetables to cooking meals, eating, and making furniture or kitchen utensils. Working together in this way meant hierarchies broke down, and this fostered an open environment where artists felt free to experiment without judgment or the pressure to succeed. Molly Gregory, former woodwork teacher at Black Mountain College said this collective spirit was a great leveler, noting,” You might be John Cage or Merce Cunningham, but you’re still going to have a job to do on campus.”

3. Artists Collaborated with One Another

The communal environment of Black Mountain College opened up the ideal playground for multi-disciplinary, collaborative ways of working, between artists, musicians and dancers. Two teachers were instrumental in fostering this spirit of teamwork – they were the musician and composer John Cage, and the dancer and choreographer Merce Cunningham. Together they organized expressive and experimental performances that merged music with dance, painting, poetry and sculpture, later called ‘Happenings.’

One of the most experimental Happenings at Black Mountain College was orchestrated by John Cage in 1952, and it is often cited as the birthplace of performance art. Known as Theatre Piece no. 1, the event took place in the dining hall of the college. Various art performances all took place either at the same time, or in close succession. David Tudor played piano, Robert Rauschenberg’s white paintings hung from the ceiling at various angles, Cage delivered a lecture, and Cunningham performed a dance recital while being chased by a dog. The unstructured, multi-disciplinary nature of this event became the launch pad for American performance art during the 1960s.

5. Some of the Most Important Artists of the 20th Century Studied or Taught There

Looking back, Black Mountain had a hugely impressive roster of staff. Many were, or became, the foremost artists of the 20th century. They include Josef and Anni Albers, Walter Gropius, Willem de Kooning, Robert Motherwell, and Paul Goodman. Although the progressive art school only lasted for just over two decades, many of its former students went on to become internationally renowned, such as Ruth Asawa, Cy Twombly, and Robert Rauschenberg.