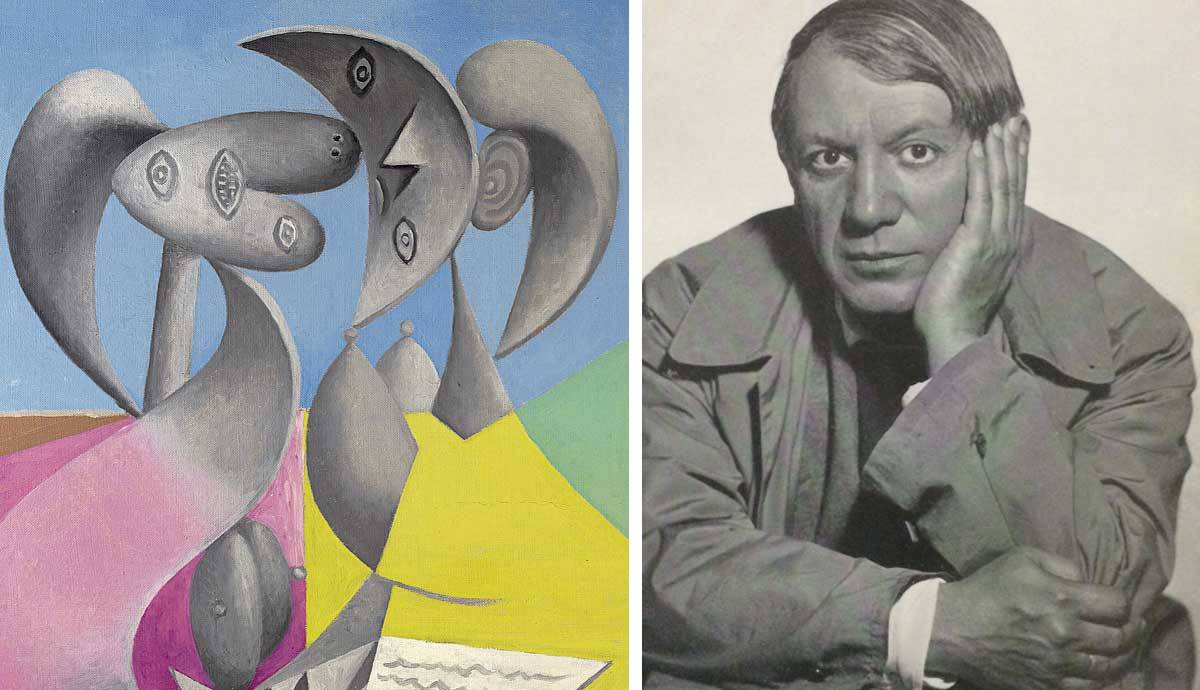 Pablo Picasso was an immensely prolific artist who cycled through a huge range of styles, mediums and methods. Because of this, his art can be difficult to categorize into any one particular movement. As much as he pioneered Cubism in the early 20th century, Picasso also toyed with elements of Classicism, Realism and Surrealism. During the 1920s, Picasso became closely involved with the French Surrealist group, and Picasso even claimed to have invented the term ‘sur-real’, which the Surrealists later adopted. But Picasso’s relationship with Surrealism was complex and slippery, and he remained on the periphery of the Parisian Surrealist Group. Let’s examine Picasso’s connections with Surrealism a little more closely.

Picasso argued that the Surrealists took their name from his quote, in which he called for art with “a resemblance deeper and more real than the real, that is what constitutes the sur-real.” However, Picasso argued that his early descriptions of the ‘sur-real’ were less about the unconscious mind, and more about distorting reality. Later, it was Guillaume Apollinaire who first published the term Sur-realism when describing Diaghilev’s 1917 production of Parade, with the Ballets Russes, featuring experimental costume and set designs by Picasso.

The leader of the French Surrealist group was the poet and writer Andre Breton, and he published the first Surrealist Manifesto in 1924. From the outset, Breton was a huge admirer of Picasso’s art, and he went to great lengths trying to persuade Picasso to join their ranks. In 1923, Breton asked Picasso to draw his portrait for the cover of his poetry volume Claire de Terre. Picasso obliged, creating a drypoint line drawing of the writer’s face. From then onwards Picasso contributed to various surrealist exhibitions and journals.

Breton included Picasso’s Cubist painting Les Demoiselles d’Avignon, 1907, in the 1925 edition of the Surrealist magazine La Revolution Surrealiste. In the same year, Breton’s article Le Surrealisme et la Peinture, published in Revolution Surrealiste in 1925, referred to Picasso as “one of ours.” It might have seemed a surprising comment to Picasso, because he only ever contributed artworks with a distinctly Cubist, or ‘Primitivist’ style to their group enterprises.

Despite Breton’s best efforts, Picasso always remained somewhat on the fringes of the Surrealist group. At the core of the Surrealist manifestos was an emphasis on “psychic automatism in its pure state,” or working without forethought or intention, allowing the unconscious mind to take over. Picasso refused to surrender entirely to this way of making art. However, his paintings, drawings and prints of the 1920s and 1930s did embrace certain aspects of Surrealism.

For one, Picasso became interested in art as a vehicle for expressing imaginative responses to the real world, as we see in his increasingly abstract representations of humans and animals. Picasso also adopted the eerie erotica of Surrealist art in many of his paintings during the 1930s, which portray nude women as contorted and disjointed forms resembling insects or birds.

4. In the 1930s Picasso Contributed to the Surrealist Publication ‘Minotaure’

Perhaps the closest involvement Picasso had with the Surrealist group was via the Surrealist publication Minotaure, produced between 1933 and 1939, which featured artworks and essays on philosophy, poetry and criticism. Andre Breton was the magazine’s editor, and he asked Picasso to create one of the journal’s front covers. Picasso created a Cubist-style collage featuring the Minotaur, a mythological character who had become a recurring feature in Picasso’s art from the late 1920s onward. Picasso’s relationship to this mythological beast points towards his increasingly Surrealist way of thinking, for the Minotaur was loaded with deeply personal psychological meaning, symbolizing the artist’s connection to his native Spain, as well as his raging, sexual masculinity.