What is Renaissance Philosophy’s Connection to Mysticism?

The Renaissance saw a flourishing in European arts and philosophy, and Renaissance philosophy was influenced by mysticism and the occult. 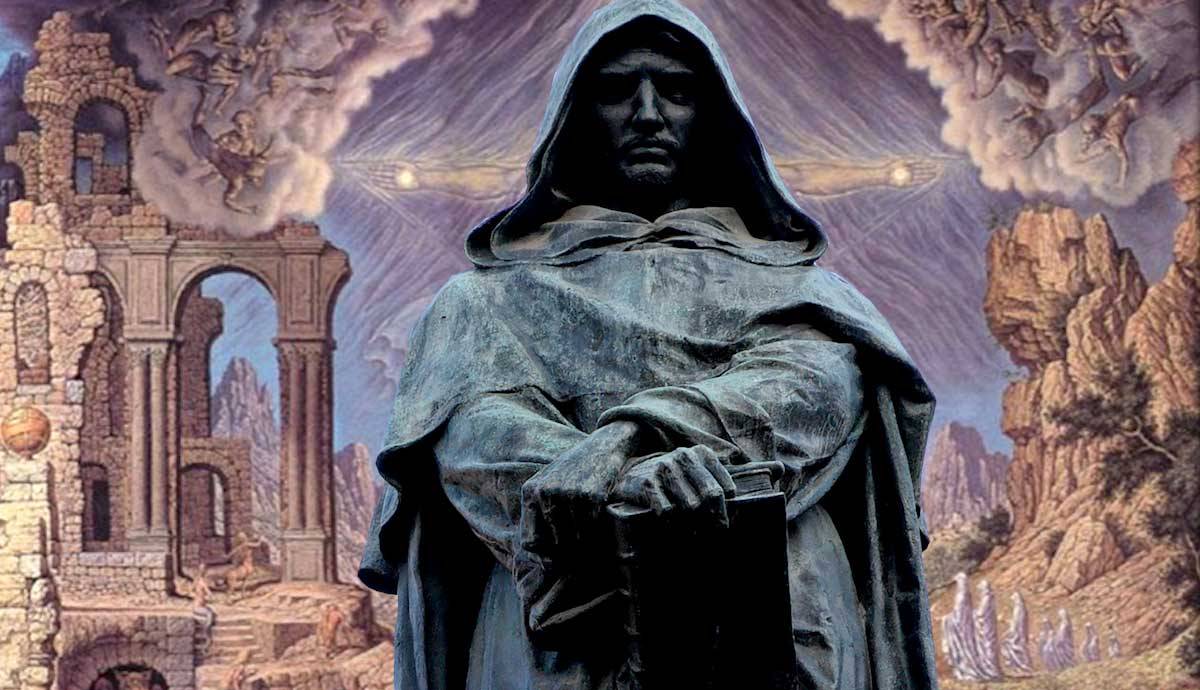 Mysticism is a difficult concept to explain. The dictionary definition describes mysticism as “the belief that there is hidden meaning in life or that each human being can unite with God.” In fact, mysticism encompasses a wide range of religious and spiritual beliefs, which may or may not indulge in practices such as magic, the occult and/or religious ecstasy. Today, mysticism is a quirky movement often associated with New Age spirituality and paganism. But it has a long and fascinating history dating back to Ancient Greece. Mysticism became particularly popular during the Renaissance, which has led academics such as Ernst Cassirer to reject Renaissance philosophy as ‘modern’ since many of its thinkers embraced elements of magic and mysticism.

An introduction to Mysticism in Renaissance Philosophy

Mysticism in the Renaissance arguably encompassed many different branches of magic, occultism, Jewish Kabbalah and even mathematics. As we will see, from the 14th century onwards, one of the most important elements of mystic thought which spread throughout Italy and beyond was Renaissance Hermeticism. This was a branch of mysticism which focused on the teachings of Hermes Trismegistus, a legendary Greco-Egyptian figure.

Hermes Trismegistus or Hermes “the Thrice-Greatest” was a mythical Greco-Egyptian God. He was a syncretic combination of the Ancient Egyptian god Thoth and the Greek god Hermes (more on this below!).

Hermes was alleged to be the author of the Corpus Hermeticum, a series of works on the occult, theology and philosophy. These works were written in both Greek and Latin, and date from around the middle of the 1st century to the end of the 3rd century AD. The texts are written in the form of Platonic dialogues and appeared amidst the cultural mingling of Greek and Egyptian beliefs, which occurred during the Ptolemaic and Ancient Roman periods.

Indeed, it’s likely that Greeks living in Egypt from the 1st century onwards recognized how similar Hermes and Thoth actually were and decided to worship them as one person. Thus, Hermes Trismegistus was born.

Hermes’ wisdom was characterized by his vast knowledge of both the spiritual and the physical worlds. It’s this combination of factors that has attracted scholars to his writings since ancient times. In fact, as well as Christian philosophical and religious works, his name has also appeared in Islamic and Baha’i texts throughout the ages.

Marsilio Ficino, the Borgias and the Spread of Hermeticism

Contrary to popular belief, Hermeticism was not ‘lost’ during the Middle Ages and various Medieval thinkers did study aspects of it during their careers. However, Hermeticism experienced an explosion of interest during the Renaissance thanks to Cosimo de’ Medici. Cosimo was the highly influential patriarch of the Medici family, who established his descendants as de facto rulers of Florence during the Italian Renaissance.

Cosimo was also an enthusiastic patron of the arts. In the 1460s, he obtained a copy of the Corpus Hermeticum and asked his friend Marsilio Ficino to translate it from Greek into Latin. Ficino finished his first translation of the Corpus in 1463 and the book generated a great deal of interest. A ‘hermetic tradition’ appeared, first in Italy and then in other European countries, supported by Ficino and fellow Neoplatonic philosophers such as Giovanni Pico della Mirandola.

Scholar Francis Yates argued that historical context helps to explain the sudden popularity of Hermeticism. During the Renaissance, the world was a difficult place to live in for many reasons. Civil war, bloody religious persecution, capital punishment, disease: all of these factors caused many thinkers to want to escape the misery of their own time and delve into a mysterious philosophy like Hermeticism.

Furthermore, Ficino and others enjoyed Hermes’ work because it fused Egyptian philosophy and theology. After all, Ficino had been busy developing his Neoplatonism, which blended Christian teaching with Platonism, when he came across the Corpus. As Florian Ebeling explains: “Ficino could see that his doctrine of the soul…was confirmed by these very texts: the soul, as the crucial element that gave form to the world, was the intermediary between matter and the spirit, which stemmed from the One” (Ebeling 2011).

Therefore, thinkers such as Ficino and Francesco Patrizi enjoyed using Hermeticism to support their Christian-Platonic beliefs. As well as his concentration on the conception of the soul and spirit, Hermes Trismegistus was supposedly one of the first people to teach about the Holy Trinity. Renaissance thinkers were happy to pass over the more bizarre magical elements of Hermes’ writings (often claiming that they were ‘false’) in order to incorporate Hermeticism in their own philosophy.

As we’ve stated above, Giovanni Pico was one influential Renaissance thinker who helped to promote the spread of a hermetic tradition in Europe. Pico befriended Ficino in the 1480s and became deeply interested in Platonism as a result of this friendship. He also familiarized himself with Arab and Hebrew philosophy, as well as Judaism and of course: Hermeticism. Eventually, Pico’s study of Western and Middle Eastern intellectual currents led him to a dramatic conclusion.

Pico’s most famous work was his nine hundred theses or “philosophical, cabalistic, and theological conclusions” which he published in Rome in 1486. The theses argued that Platonism, Christianity and the traditions of Jewish Kabbalah, Arab philosophy and Hermeticism were actually all in agreement with one another on fundamental points of theology. As Pico himself said in a letter to a friend: “The Arabs and the Egyptians said the same thing, not in Latin, but they said it rightly” (Garin 1942).

And what was the thing that bonded them all together? That a single divine soul exists which remains the same. To help support this point, Pico used ten theses which referred directly to the teachings of Hermes Trismegistus, including the idea that “God exists around all and through all things.”

Pico was a deeply influential proponent of using Hermeticism and other ‘eclectic’ sources such as magical texts to understand the nature of God and the universe. Thanks to his strong interest in ancient Egyptian and Jewish mystical sources, Pico became the founder of a tradition known as Christian Kabbalah, which adapted mystical Jewish Kabbalah to fit with Christian doctrine.

Pico and Ficino weren’t the only thinkers who engaged with Hermeticism. Giordano Bruno was a philosopher and mathematician who famously (and correctly) taught that the universe was infinite, and that the Sun was in the center of our solar system. These ideas were deeply controversial during the Renaissance, since they completely overturned standard Christian teaching on God, Earth and the cosmos.

It’s unsurprising, then, that in order to illuminate his views on the oneness and unity of the infinite universe, Bruno often turned to mysticism and Kabbalah. He was particularly interested in the work of Hermes Trismegistus and relied on the Corpus Hermeticum and other Egyptian sources to help support his arguments on universal harmony. Bruno saw Hermes and the Egyptians as a civilisation whose knowledge of infinity and the true nature of the cosmos had been overshadowed by centuries of Christian-Aristotelian ‘darkness’ within European universities.

In a groundbreaking work on Giordano Bruno and Hermeticism, Frances Yates claimed that Italian Renaissance philosophy was completely Hermetic at its core. But although such arguments could feasibly be applied to Bruno’s teachings, he used Hermeticism for a very specific purpose which bears little resemblance to some of his fellow thinkers in the 16th century.

Compared to the Renaissance era, interest in Hermes Trismegistus gradually decreased throughout the Age of Enlightenment. However, the Corpus Hermeticum is still mentioned regularly in philosophical works from the 17th century onwards.

Hermeticism was thrown sharply into view again during the 1940s, when a series of Hermetic texts were uncovered in the Egyptian town of Nag Hammadi in 1945. One featured a dialogue between Hermes and Asclepius, the Hellenistic god of medicine. The second text was written in the Coptic language and discussed the mystery religions of Ancient Greece and Rome.

The mystical nature of Hermeticism has also inspired the creation of several secret societies, including the Hermetic Order of the Golden Dawn and the Stella Matutina. These groups sprang up during the 19th century and some still exist today. Many have links to other secret societies such as Freemasonry. Furthermore, certain sects of Christianity, such as Martinism and other forms of esoteric Christianity, draw on Hermetic thought in their teachings.

Although academics today have done plenty of work tracing the evolution of Hermeticism throughout the ages, the Renaissance probably saw the biggest peak in interest aside from the Hellenistic era itself.

Who Is the Greek God Hermes? (6 Facts)