HomeAnswersWhat Was Josef Albers Famous For?

What Was Josef Albers Famous For? 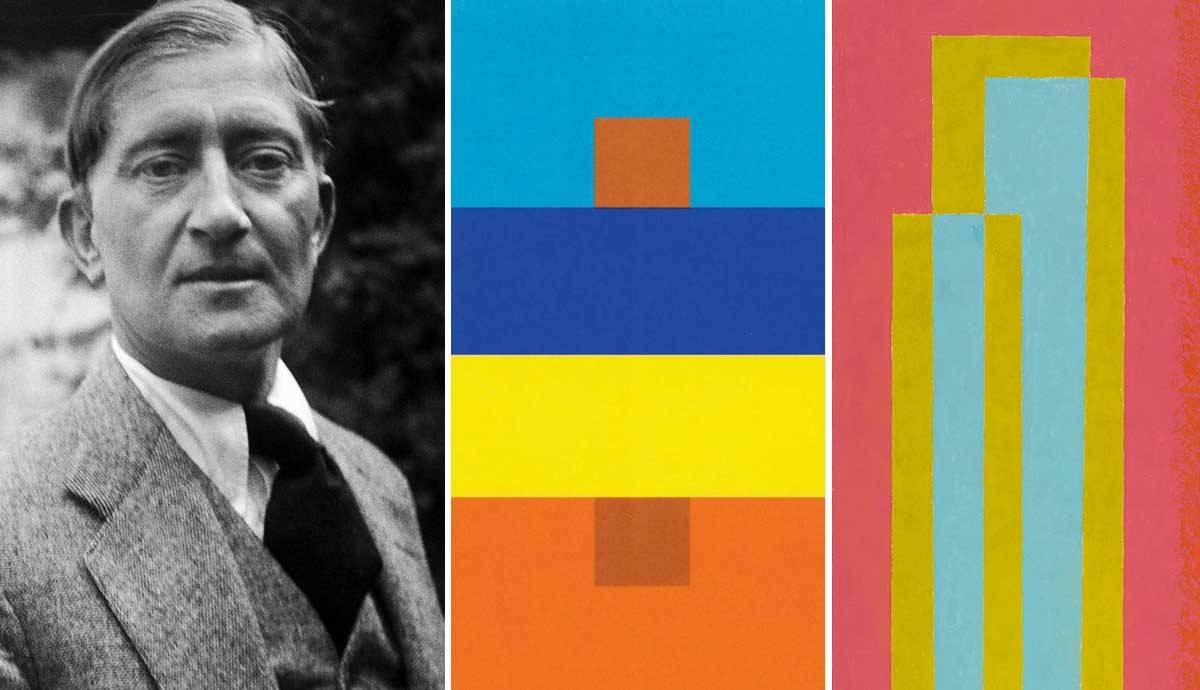 Painter, poet, teacher, sculptor and color theorist, Josef Albers was a great polymath who left a long-lasting impact on the history of art. Born in Germany, Albers made his name as a pioneering painter and teacher in Europe. He later relocated to the United States, where he became a leading figure in the school of Color Field painting. He then taught at some of the world’s leading art institutions, and published a series of influential articles on teaching, color theory and art practice. Today, leading museums around the world hold his artworks. These include the Metropolitan Museum of Art in New York, Tate Modern in London, and Hamburger Kusthalle in Germany. Let’s examine Albers’ vast legacy in more detail.

Josef Albers is best-known as an artist who made a distinctive brand of reductive abstraction. Within his art practice he was primarily concerned with the perceptual and spatial properties of color. His daringly simple geometric paintings, drawings and prints from the 1920s and beyond play with chromatic interactions, and how they can create harmonious or discordant effects.

Albers began his most radical painting series titled Homage to the Square in 1950 while living in the United States. He continued to build upon this vast body of work up until his death in 1976. In the series, Albers explores hundreds of variations on the basic compositional formation of three or four squares placed inside one another. While he worked within a surprisingly narrow framework, he broke new ground in the arena of Color Field painting, exposing the complexities that can be achieved through subtle variations in tone and hue. On this series Albers wrote, “They are all of different palettes, and, therefore, so to speak, of different climates.”

The chromatic color variations in Albers’ art became an early precursor to the Op Art movement of the 1960s. It was his interest in the visual effects created by color and pattern variations that went on to inspire Op artists including Bridget Riley, Victor Vasarely, and Jesus Rafael Soto. Albers said, “Color is fooling us all the time. All the time… you see, life is interesting.” In 1971 Albers founded the Josef and Anni Albers Foundation in collaboration with his wife Anni, a renowned artist and textile designer. He called the institution a non-profit company to further “the revelation and evocation of vision through art.”

3. He Was a Radical Teacher

Albers was a widely influential teacher throughout his entire life as an artist. He began his career as a teacher in primary schools, instructing students in all subjects from around 1908 to 1913, before realizing he wanted to specialize in art. After training as an art teacher in 1915, Albers gradually began taking art classes and making his own art. But it was his time as a student at Germany’s Bauhaus that truly allowed Albers to consolidate his ideas around being an artist-teacher. He trained as a designer in the glass workshop at the Bauhaus.

Following graduation, he went on to teach at the Bauhaus for a number of years, becoming one of the school’s most respected instructors alongside Paul Klee and Wassily Kandinsky. Following the closure of the Bauhaus in 1933 under the Nazi regime, Albers moved to the United States, where he secured a role as the head of the art department at Black Mountain College in North Carolina. Here his students included Cy Twombly, Robert Rauschenberg and Eva Hesse. Albers later moved on to teach at Harvard and Yale, spreading his influential ideas around optics and color theory far and wide.

4. He Left a Strong Legacy as a Color Theorist

Alongside his work as a pioneering art teacher, Josef Albers was a prolific writer, producing a series of essays on art education and color theory for a range of magazines and periodicals. In 1963 Albers published his most important piece of writing, the iconic book Interactions of Color, 1963. This treatise and manual outlines the fundamental principles behind color theory and optics that occupied Albers for most of his life, as an artist, teacher and writer.