Who Destroyed the Minotaur? 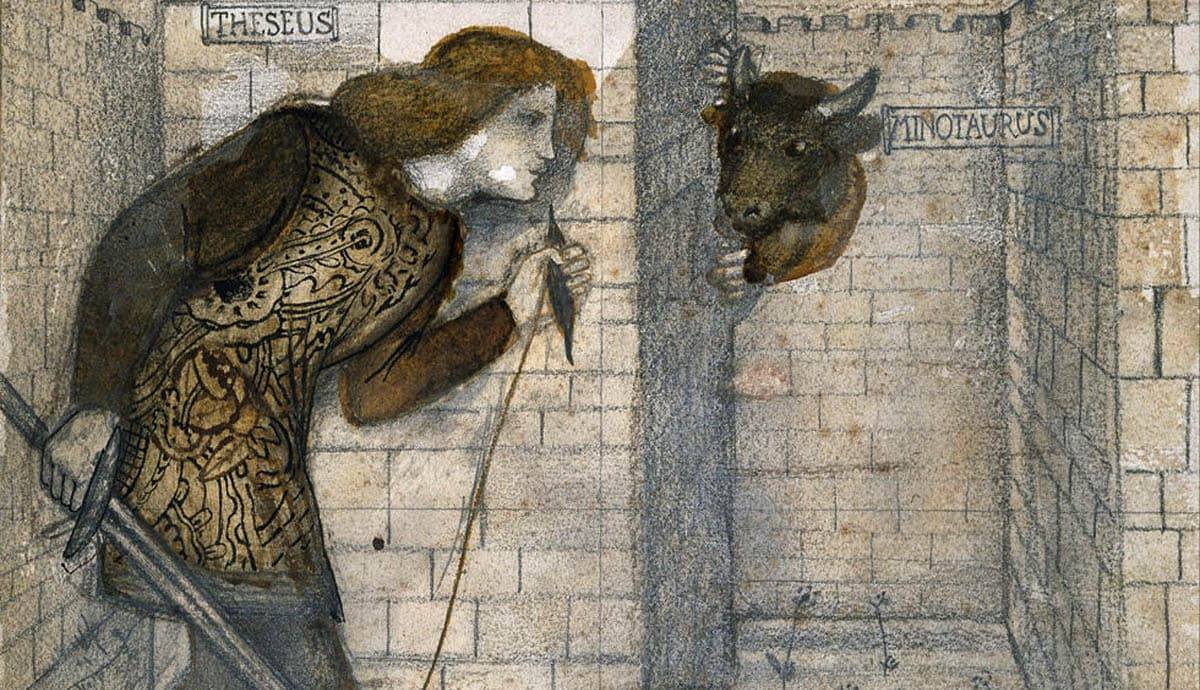 The Minotaur was one of Greek mythology’s deadliest beasts, a half-man, half-bull monster who survived on human flesh. Eventually King Minos trapped the Minotaur inside the epic labyrinth, so he could do no more harm. But Minos also made sure the Minotaur didn’t go hungry, feeding him on a diet of innocent and unsuspecting young Athenians. That was until one man from Athens named Theseus made it his life’s mission to destroy the beast. There is no doubt that Theseus slayed the Minotaur, but he wasn’t the only one responsible for the beast’s demise. Read on to find out more about one of Greek mythology’s most adventurous tales.

Theseus Slayed the Minotaur in the Labyrinth

The Athenian Prince Theseus was the hero who slayed the Minotaur. Theseus was the brave, strong and fearless son of King Aegeus, and he was born and raised in the city of Athens. Throughout his childhood, Theseus learned about the Minoans who lived nearby on the island of Crete, led by King Minos. The Minoans were reckless and destructive, and they had a fearsome reputation for invading cities with their all-powerful navy. In order to keep the peace, King Aegeus had agreed to give the Minoans seven Athenian boys and seven Athenian girls every nine years, to be fed to the Minotaur. But when Theseus grew older, he was deeply angered by this act of brutality, and he decided to make it his life’s mission to kill the Minotaur once and for all. King Aegeus begged Theseus not to go, but his mind was already made up.

When Theseus arrived in Crete, King Minos’s daughter, Princess Ariadne fell in love with Theseus, and she was desperate to help him. After consulting Daedalus (King Minos’s trusty inventor, architect and craftsman) for help, Ariadne gave Theseus a sword and a ball of string. She told Theseus to tie one end of the string to the entrance of the labyrinth, so he could find his way back out of the maze easily after slaying the beast. After killing the Minotaur with the sword, Theseus used the string to retrace his steps on the way out. There Ariadne was waiting for him, and they sailed off together to Athens.

Although it was Theseus who actually destroyed the Minotaur, we could also argue that the beast’s downfall was put in place many years earlier by King Minos. The horrible beast was the offspring of King Minos’s wife Pasiphae and a white bull. Since the Minotaur was a symbol of his wife’s infidelity, King Minos was partly driven by shame and jealousy when he arranged for the Minotaur to be hidden away from prying eyes. He was also terrified when the Minotaur began feasting on human flesh, and he knew something had to be done.

Daedalus, the King’s inventor, also played a part in the Minotaur’s demise. King Minos needed an ingenious plan to keep the Minotaur hidden away. But he couldn’t bear to kill the beast because it was, after all, still his wife’s child. No cage was strong enough to keep the Minotaur locked away for long so it had to be something else. Instead, the king asked Daedalus to devise an ingenious maze so complex that no one could find their way out. Once complete, Daedalus called it the Labyrinth, and here the Minotaur remained, trapped by Minos and Daedalus, for the rest of his life, until Theseus hunted him down.